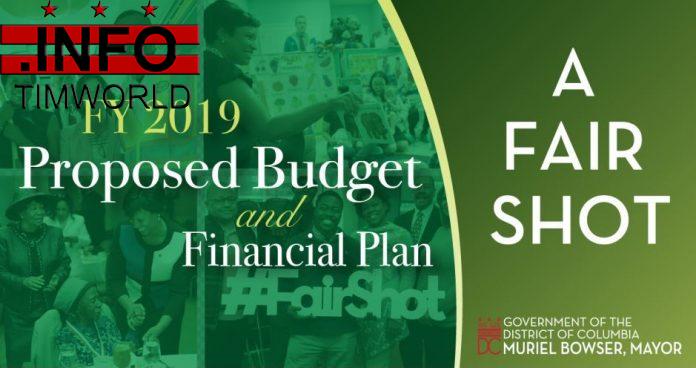 By George Kevin Jordan, Special to the AFRO

Budget season in the District can be a dizzying affair with $15.5 billion on the line impacting nearly 700,000 D.C. residents. Thankfully, the D.C. Council is nearing its second of two votes needed to pass what the Council refers to as the “Local Budget Act.”

On March 20 Mayor Muriel Bowser introduced her FY-2020 budget proposal to the Council. It is then voted on twice. On May 14 the Council unanimously approved a $15.5 billion budget. Another vote is set for May 28.

The D.C. Council has its second vote in regards to the District housing budget on May 28. (Courtesy Photo)

Immediately after the Council’s initial vote, lines were drawn between the mayor’s office and Council about what to prioritize in the budget. For the Mayor’s office housing has been and remains a critical issue.

After the first vote, Bowser sent out a press release about housing cuts to the budget.

“The budget I sent to Council was fair, bold and made big investments in building and preserving housing for working families and seniors. By cutting these investments by $45 million – including completely eliminating the Housing Preservation Fund and the Workforce Housing Fund – what the Council Chairman has done is cut funding for more than 2,300 affordable homes,” the mayor wrote.

“Without this funding, more families will be displaced from our city and fewer new homes will be affordable for low- and moderate-income residents.”

According to the mayor’s office, housing was cut in three areas:

Decreased the Housing Production Trust Fund ($10 Million), affecting 100 families who would have benefitted from housing that is kept affordable for 40 years.

Eliminated entirely the Workforce Housing Fund ($20 million), preventing the District from increasing access to housing for teachers, first responders, social workers, hospitality workers and others who serve the District.

Eliminated entirely the Housing Preservation Fund ($15 million), putting at risk thousands of residents who are likely to get displaced and lose their affordable housing in D.C.

In the submitted budget, Bowser had proposed:

-Increasing the District’s investment in the Housing Preservation Fund by 50 percent to $15 million, which will yield an additional $45 million in private investment

-The creation of a new $20 million Workforce Housing Fund, which will leverage another $180 million in private sector investment.

As Martin Austermuhle reported for Wamu.org, the Council Chair Mendelson pointed out that while the Housing Production Fund was lower, monies amounting to $20 would benefit the homeless and create affordable housing through things like vouchers and permanent supportive housing. The chairman also told WAMU that incentives for non-profits to maintain housing for middle class resident will result with more units in the end.

There are still so many issues hanging in the balance before the second vote on May 28. But housing remains a critical issue in the District. According to a 2018 study by www.smartasset.com the average income needed in D.C. to afford a two-bedroom apartment was $108,300, based on an average rent of $2,500.

Once the vote is passed, the Mayor can either sign the legislation and move it to Congress or veto it and send it back to the Council.

To watch the D.C. Council hearing, please go to: http://dccouncil.us