Here are the shortest-serving prime ministers in UK history, including Liz Truss 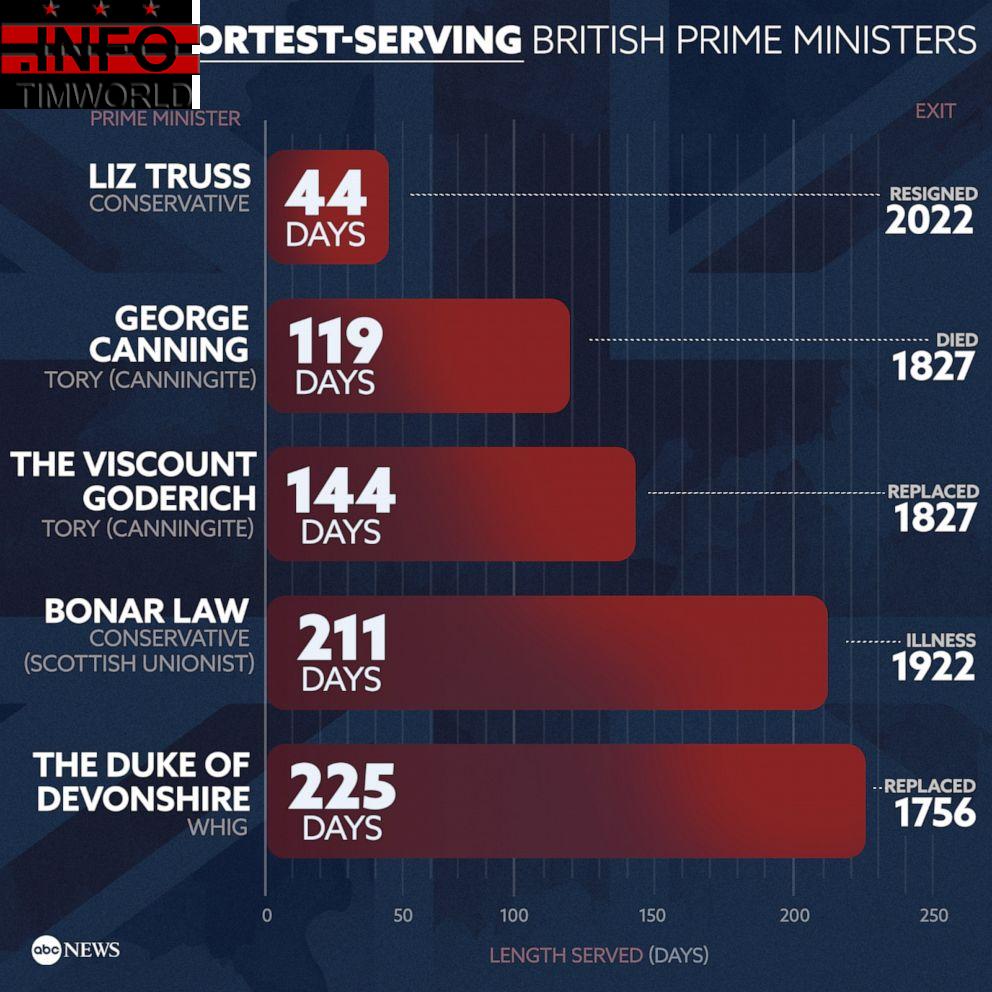 LONDON — It took Liz Truss 12 years in Parliament to reach the pinnacle of British political power. Now, after just 44 days leading the country, she has assumed the title of shortest-serving prime minister in the history of the United Kingdom.

Not since George Canning — who served almost three times as long as Truss at 119 days — in 1827 has a British prime minister served such a short period of time. He died of tuberculosis while in office.

The blistering speed of the collapse of Truss’ period in governance is unparalleled in modern times.

Having been elected by Conservative Party members — and not the country as a whole — Truss came into power after Boris Johnson was all but forced to step down as prime minister having lost the mandate to govern from his own party after a scandal-plagued three years and 44 days in office — three years more to the day than Truss actually lasted.

Truss came in with a clear plan but squandered her own mandate to govern in just 44 days. She made a U-turn on almost every single key policy she had run on during the leadership election this summer.

The U.K. is now expected to name its third prime minister in just under two months by the end of next week.

Only eight prime ministers in the country’s history have even served less than a full calendar year, but most will not recognize their names.

Even though Truss may now have the ignominious title of shortest-ever serving prime minister, the Conservative Party still commands a strong majority in the House of Commons and the next public vote is not due until 2024.