Health claim rejected? Some steps to appeal a denial 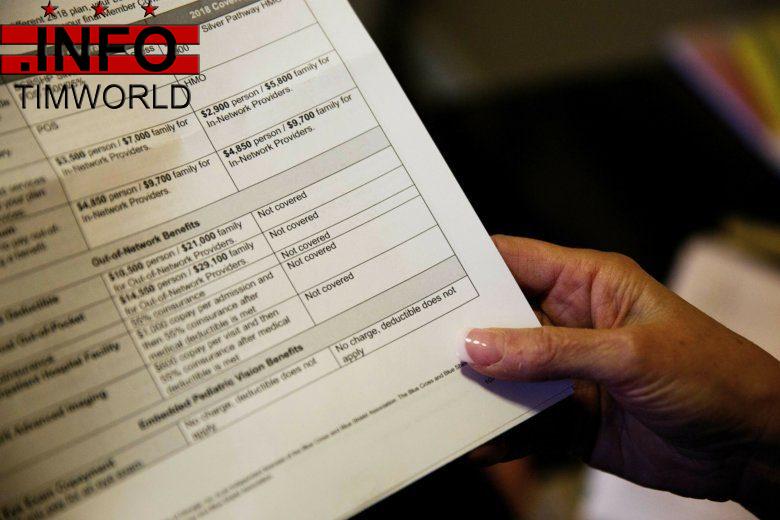 Patients are often shocked when their insurance company denies coverage for a procedure or treatment, especially if that leads to a bigger-than-expected bill.

These rejections can be fairly common, and people may not put up their best fight to get the decision reversed.

Odds are tough, but denials can be resolved with phone calls or a formal appeal, which health care experts see as more of a last resort. Here’s a look at the issue.

Health insurers denied nearly 43 million claims in 2017 in part of the individual insurance market, and patients appealed well under 1% of those decisions, according to the nonprofit Kaiser Family Foundation, which analyzed data on care sought inside an insurer’s coverage network.

It didn’t analyze why people left denials unchallenged or how many were reversed without the need for an appeal.

Kaiser senior fellow Karen Pollitz said previous studies from the foundation show that many patients took some step to contest a claim denial, but most were unsuccessful.

Other research has found that low appeal rates also are common with other forms of coverage like Medicare Advantage plans.

Some patients may not take action because they’re intimidated by the process or don’t have the energy because of their treatment.

Appeals can involve work that may include writing letters, gathering documents and enlisting a doctor’s help. In most cases, patients have to appeal first to the insurer before seeking an outside party’s review of the case.

Many may not bother appealing because they don’t understand their coverage. Co-insurance payments, high deductibles and other out-of-pocket expenses can make it hard to know what insurance should have covered when the bill arrives.

“They may feel something is wrong, but they don’t know what’s wrong,” said Emily Bremer, a health insurance broker in St. Louis.

Bremer said a written appeal to an insurer should be the last resort.

Patients should first try calling both the insurer and care provider. That can lead to a quick resolution if the denial occurred because a medical biller entered the wrong code or an insurer mistakenly classified a doctor as being outside its network.

“The majority of cases we run into are misunderstandings,” Bremer said.

More complicated denials like those where the insurer says the care was not medically necessary probably can’t be resolved with a simple phone call.

Odds are slim for those who start an appeal. The Kaiser study found that insurers overturned only 14% of the denials that were appealed.

Patients can boost their chances by doing research and building their case. The insurer’s explanation of benefits — that complex statement that usually arrives before a bill and can be found online — will lay out why a claim was denied and how to contact the insurer.

Bremer recommends that patients write the insurer, saying specifically that they want to appeal the coverage decision. They should lay out the facts about why the treatment or procedure should be covered instead of arguing that the decision was unfair.

Supplying medical records for the care under question and getting help from the doctor are both crucial, she added.

Patients also should abide by any deadlines and use certified mail or fax to make sure the appeal is received.

Many markets have consumer assistance programs that can help patients prepare the appeal and navigate the process.

If an appeal is denied, prepare for a second round. Patients can ask for a third party to look at the case.