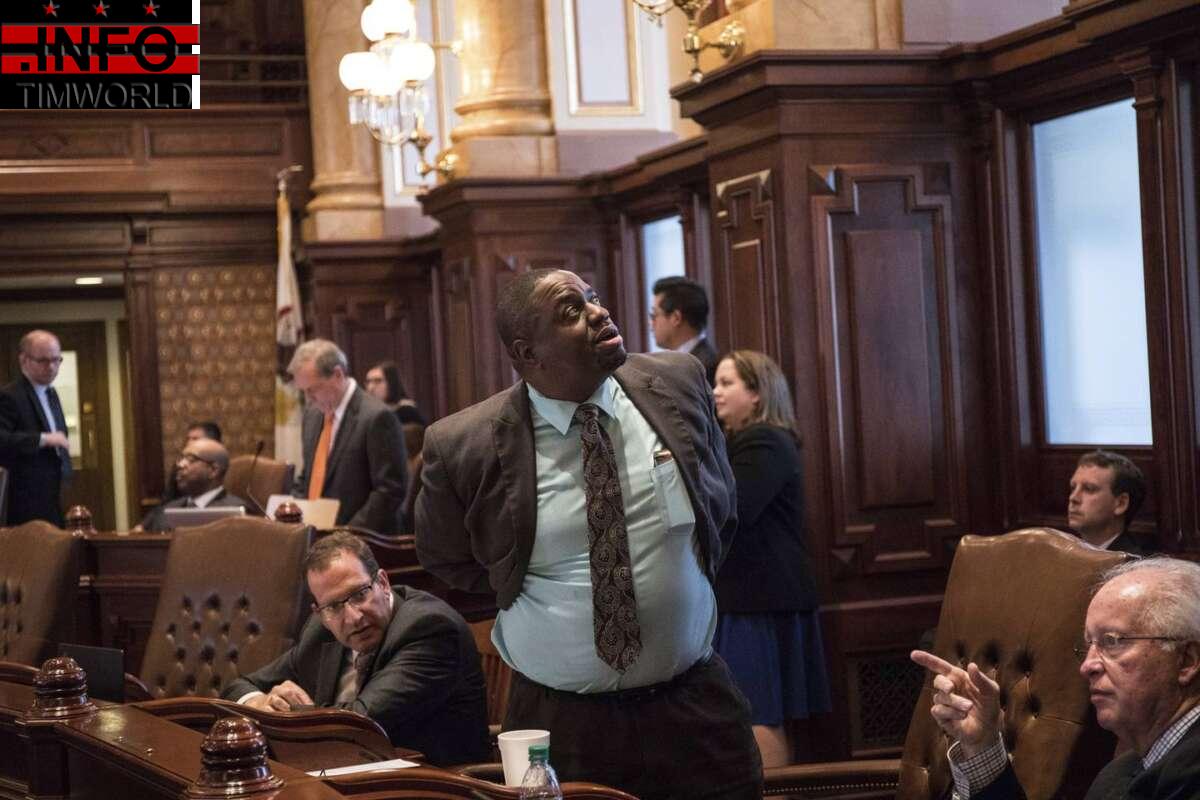 Democratic state Sen. Emil Jones III resigned from his leadership post and committee chairmanship Wednesday, a day after he was hit with federal bribery charges that again pushed public corruption to center stage as Gov. J.B. Pritzker and fellow Democrats seek to keep control of state government in the November election.

At a campaign event Wednesday morning on the Far Northwest Side, Pritzker sought to portray pervasive political corruption in Illinois as a bipartisan problem rather than one endemic to Democrats.

“We’ve seen Democrats and Republicans all across the state get in trouble for not living up to the standards of public service that demand integrity,” Pritzker told reporters. “And so it’s disappointing, terribly disappointing, and it reminds us all that all the ethics work that we do on new ethics legislation needs to keep going, that this isn’t something you do one and done.”

Pritzker pointed to ethics overhauls he’s signed into law after previous scandals as evidence that Democrats are taking the issue seriously, though good-government groups have criticized those efforts as half-measures. A measure he signed last year prompted the resignation of the legislature’s top watchdog, who said it rendered her office a “paper tiger.”

Pritzker has not called for Jones to resign from his $72,906-per-year Senate seat, a point his Republican opponent in the Nov. 8 election, state Sen. Darren Bailey of Xenia, noted in a Twitter post Wednesday.

“When will we get serious about anti-corruption legislation?” Bailey wrote. “JB should demand Sen. Jones step down, but he won’t. Pritzker hides from accountability when it comes to his party & administration. I don’t care what party you belong to, it’s time to clean house in Springfield.”

The federal charges against Jones allege he accepted a $5,000 bribe from a red-light camera company executive to block unfavorable legislation and then lied to the FBI. They are the latest in a string of corruption charges and convictions for current and former Democratic state lawmakers and political operatives that include the landmark indictment in March of former Illinois House Speaker Michael Madigan, longtime chairman of the state Democratic Party, on bribery and racketeering charges.

Jones, of Chicago, has been in the Senate since 2009, when he took the seat previously held by his father, former Senate President Emil Jones Jr., Madigan’s longtime Senate counterpart and sometimes political adversary.

The younger Jones, who is to be arraigned Friday, was charged in a criminal information rather than an indictment, an indication he may intend to plead guilty.

In addition to stepping down from his unpaid position as a deputy leader for the Senate Democrats, Jones resigned his $11,098-per-year position as chairman of the Senate Licensed Activities Committee and an unpaid vice chairmanship of the Public Safety Committee, all at the request of Senate President Don Harmon, according to letters from the Oak Park Democrat to the secretary of the Senate.

Jones is the ninth sitting or recent member of the General Assembly to be charged with federal crimes since Pritzker took office in January 2019, all but one of them Democrats. That list includes five of Jones’ former Senate colleagues — Democrats Martin Sandoval, Thomas Cullerton, Terry Link and Annazette Collins and Sam McCann, a onetime Republican who ran for governor in 2018 under the Conservative party banner — along with Madigan and former Democratic state Reps. Luis Arroyo and Eddie Acevedo.

The Tribune has reported that two other Democrats — state Sen. Elgie Sims of Chicago and state Rep. Thaddeus Jones of Calumet City — are under federal investigation.

And that doesn’t include the list of local officials and political operatives who have been charged since a wide-ranging corruption investigation became public with the Sept. 24, 2019, federal raid on Sandoval’s Springfield office.

Asked for examples of recent political corruption among GOP officials in Illinois, Pritzker’s reelection campaign responded with list that included the conviction of former Bloomingdale Township Highway Commissioner Robert Czernek, who pleaded guilty in March to accepting $282,000 in kickbacks, and the resignation last year of a former Winnebago County coroner who pleaded guilty to felony charges including theft from the government and official misconduct.

The list also included a member of the City Council in downstate Paris who was arrested in 2020 on sexual assault and abuse charges and two Senate GOP staffers who were charged with misdemeanors the same year for allegedly resisting arrest after they were found drinking beer at the Illinois Capitol.

Democratic candidate Warren reveals details of past legal work, showing $2 million in compensation since 1980s
Salaries for top staffers at Obama Foundation are outpacing their counterparts at other presidential centers
First COVID-19 Vaccines Could Be Administered By Year’s End