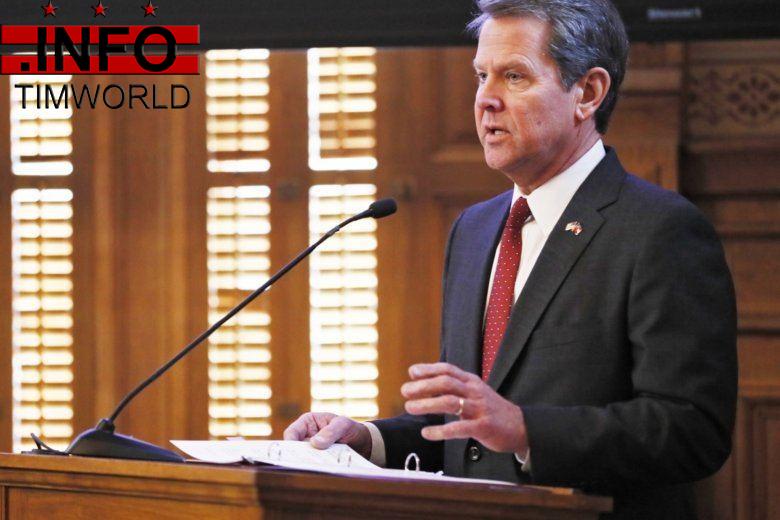 ATLANTA (AP) — Georgia Gov. Brian Kemp on Tuesday signed into law one of the nation’s most restrictive abortion laws, a measure that bans the procedure once a fetal heartbeat can be detected, which can be as early as six weeks, before many women know they are pregnant.

Kemp, a Republican, said he approved the bill “to ensure that all Georgians have the opportunity to live, grow, learn and prosper in our great state.”

The signing caps weeks of tension and protests at the state Capitol and begins what could be a lengthy and costly legal battle over the law’s constitutionality. But a legal showdown is exactly what supporters want.

“We will not back down,” Kemp said. “We will always continue to fight for life.”

Anti-abortion activists and lawmakers across the country have been energized by the new conservative majority on the U.S. Supreme Court that includes President Donald Trump appointees Neil Gorsuch and Brett Kavanaugh. They are pushing abortion bans in an attack on the high court’s 1973 Roe v. Wade ruling, which legalized abortion nationwide until a fetus is developed enough to live outside a woman’s uterus.

Staci Fox, the president and CEO of Planned Parenthood Southeast, said she had one message for Kemp: “We will see you, sir, in court.”

At a news conference on the Capitol steps, she said the new law criminalizes doctors for providing lifesaving care. The organization vowed to campaign to unseat the lawmakers who supported it, saying they would “be held accountable for playing politics with women’s health.”

The legal director of the ACLU of Georgia, Sean Young, has said that the group is preparing a legal challenge.

“Under 50 years of Supreme Court precedent, this abortion ban is clearly unconstitutional,” Young said in a recent interview with The Associated Press. “Every federal court that has heard a challenge to a similar ban has ruled that it’s unconstitutional.”

Under current law, women in Georgia can seek an abortion during the first 20 weeks of a pregnancy. If it’s not blocked in court, the new ban would take effect Jan. 1.

The measure makes exceptions in the case of rape and incest — if the woman files a police report first — and to save the life of the mother. It also would allow for abortions when a fetus is determined not to be viable because of serious medical issues.

In addition, the bill includes provisions for alimony, child support and even income tax deductions for fetuses, declaring that “the full value of a child begins at the point when a detectable human heartbeat exists.”

The bill’s author, Republican Rep. Ed Setzler, called it a “common sense” measure that seeks to “balance the difficult circumstances women find themselves in with the basic right to life of a child.”

But Democratic Sen. Jen Jordan said “there’s nothing balanced about it: It’s an all-out abortion ban.”

Jordan said she is particularly worried that the new law will push obstetricians away from practicing in Georgia, worsening health care outcomes for women in a state that already has one of the nation’s worst maternal mortality rates.

“It’s about the unintended consequences,” Jordan said. “They’re making policy choices that are going to end up causing women to die, and they’re preventable deaths.”

Some abortion providers have already faced negative effects from the bill, according to Wula Dawson, director of development and communications for the Feminist Women’s Health Center, an abortion clinic in Georgia.

Dawson said anti-abortion protesters outside their clinic have become “bolder and more aggressive” toward patients.

In the first few months of 2019, “heartbeat” abortion bans have been signed into law in four states: Mississippi, Kentucky, Ohio, and now Georgia. Lawmakers in some other states, including Tennessee, Missouri, South Carolina, Florida, Texas, Louisiana and West Virginia, are considering similar proposals. A bill that recently passed the Alabama House would outlaw abortions at any stage of pregnancy, with a few narrow exceptions.

Kentucky’s law was immediately challenged by the ACLU after it was signed in March, and a federal judge temporarily blocked it.

According to the Guttmacher Institute, a research group that supports abortion rights, about 33,000 abortions were provided in Georgia in 2014.