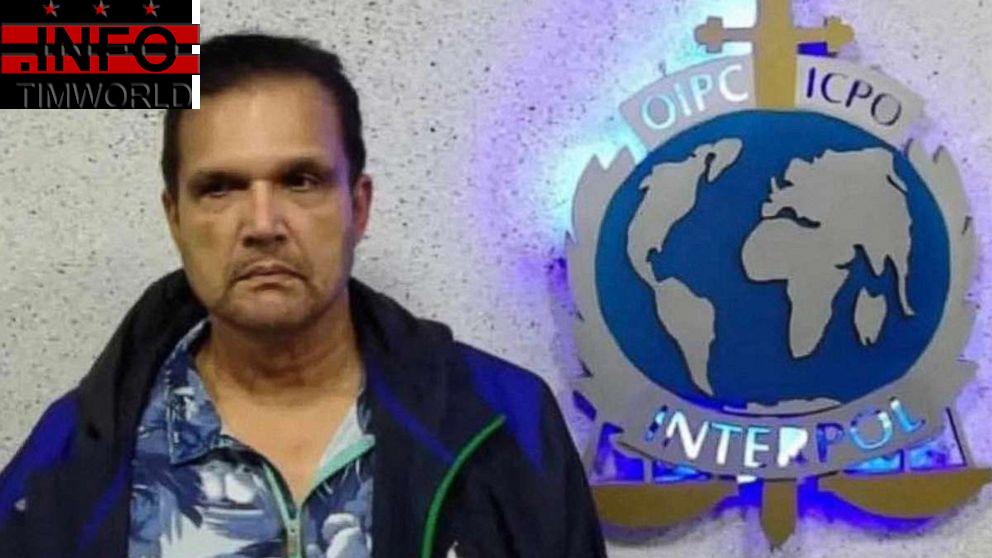 He was found after an Interpol notice went out and was found in Caracas, Venezuela, while trying to board a flight.

“A Red Notice is a request to law enforcement worldwide to locate and provisionally arrest a person pending extradition, surrender, or similar legal action,” according to the Interpol website.

MORE: US Marshals offer $40,000 for information on escaped ‘Fat Leonard’

Leonard was set to be sentenced on Sept. 22 after being found guilty in 2015 for bribing Navy officials with lavish gifts, prostitutes and cash. Authorities say he cut off his ankle monitor last week and had not been seen since.

In one instance, according to the Justice Department, Francis was able to have a ship moved to a port he owned in Malaysia.

To date it remains one of the biggest naval scandals in United States history.

On Sept. 6, U.S. Marshals showed up at Francis’ home after being alerted that his GPS ankle monitor was being tampered with, according to a press release from the agency.

Since 2013, there have been more than 30 U.S. Navy officers charged in connection with his case. A judge ruled that Francis had to forfeit the $35 million he was convicted of defrauding the U.S. government by when he over-billed government contracts and bribed naval officials.

The Marshals were offering a $40,000 reward for any information leading to Leonard’s arrest.