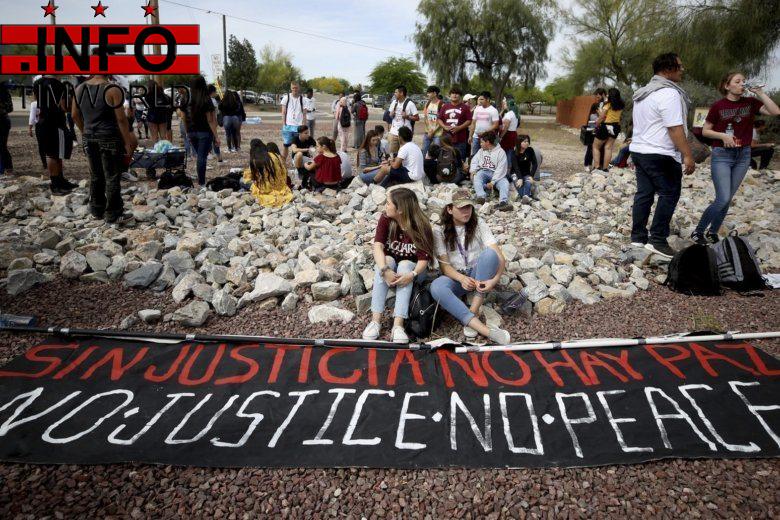 PHOENIX (AP) — A high school football player who was detained for possible deportation just weeks before he was to graduate from a Tucson high school was released from immigration lockup, a family friend said Wednesday.

Lorena Rodriguez says in a Facebook post that Thomas Torres was released Tuesday night. Torres was taken to the United States from Mexico as a toddler and after his family returned to Mexico, Torres went to live with the Rodriguez family. The Arizona Daily Star also reported the young man’s release.

“I want to give a huge thanks to every single Desert View student, teacher and faculty member who stood by our side throughout this traumatic experience,” said Rodriguez, who launched a GoFundMe page to raise money for Torres’s legal costs.

“Thomas Torres has been released and is finally back home.”

The circumstances of the 18-year-old high school senior’s release are unclear, and it’s unknown whether he’ll graduate May 22 as scheduled. Rodriguez did not immediately return several telephone calls and email messages seeking additional information. Torres could not be located for comment.

“People like Thomas are needed in this country,” Rodriguez wrote on the fundraising site. “He’s a hardworking young man willing to better his future.”

Although deportation proceedings involving high school students who have reached adulthood are not uncommon, the outpouring of support from Torres’ classmates seemed unusual. A large portion of the population in Tucson’s southern district, where the school is located, is Mexican-American.

Sheriff’s deputies contacted the Border Patrol after Torres admitted during a traffic stop that he was in the U.S. illegally. The sheriff’s office said Wednesday it had no additional information about his case.

The Border Patrol has confirmed that it initially held Torres, but said on Wednesday it has since transferred him to Immigration and Customs Enforcement. ICE spokeswoman Yasmeen Pitts O’Keefe said she was investigating the status of Torres’ case.

Planetary Spectrum Generator: See a Kaleidoscope of Simulated Sunsets on Other Worlds
Kyodo: Officials say 11 people, including elementary school children, have been stabbed in Kawasaki near Tokyo
Jetliner lands safely in Boston after declaring emergency