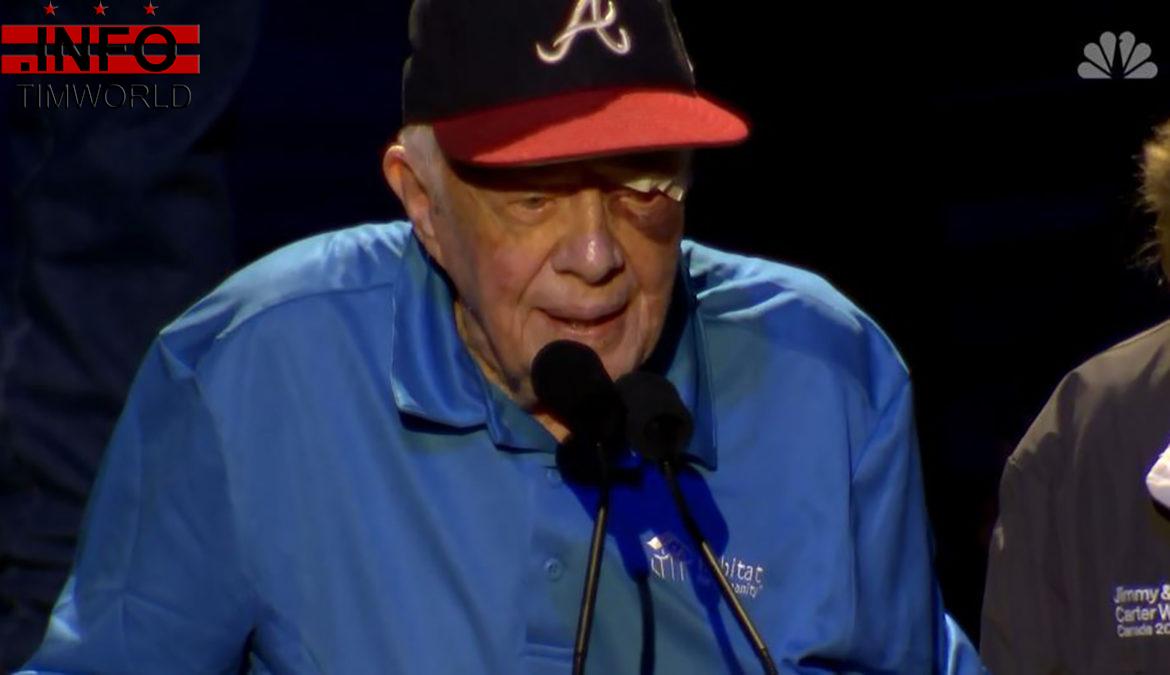 Former President Jimmy Carter has set a standard for service to which most will only be able to aspire. Over the weekend, former President Carter received fourteen stitches after taking a fall in his home. But on Monday, the 95-year-old put on his clothes and went out to help build homes as a part of the Habitat for Humanity project in Nashville, Tennessee. Jimmy Carter and his wife, Rosalyn, have promoted and worked with the Habitat for Humanity project for 35 years, and Carter has not allowed illness or accident or age to stop him from continuing to do his part.

WATCH: Former President Carter, the oldest living former president in US history, helps lead a build of Habitat for Humanity homes in Nashville one day after falling at his home and receiving stitches above his eye.https://t.co/CB1TSLeaMh pic.twitter.com/oh0jiv4IXY

Carter spoke with the press after, telling the audience that creating meaning in one’s life is of the utmost importance, reminding the audience that we get three things gifted to us from the cosmos: life, some native talents, and our freedom to take advantage of our lives in order to find purpose.

Good on you, sir.