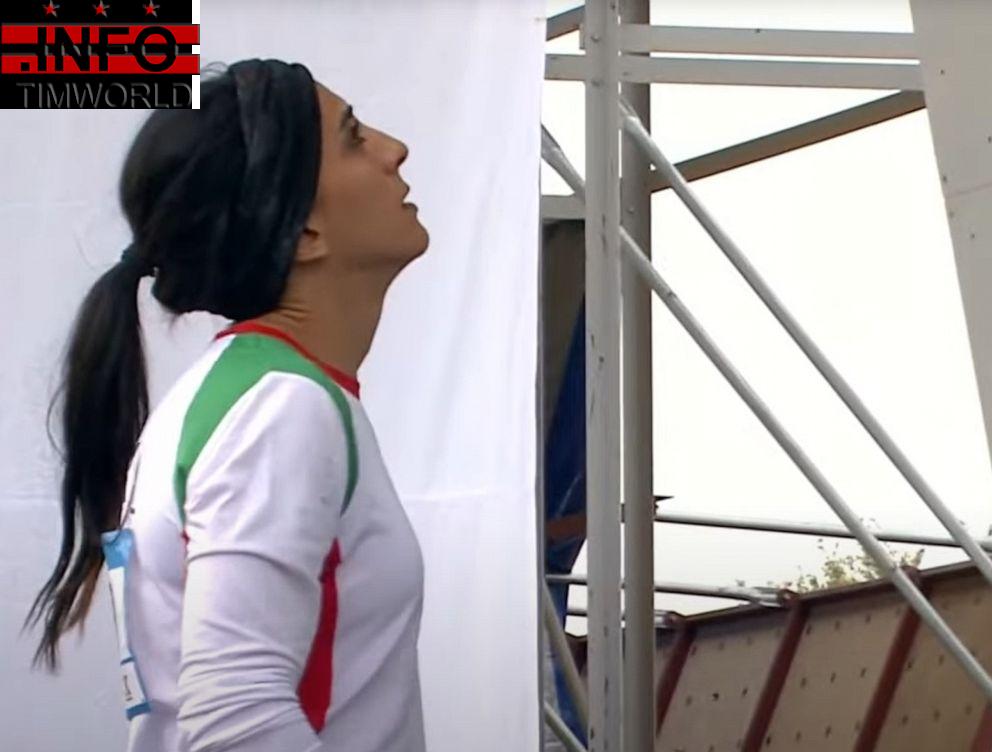 LONDON — A female athlete from Iran did not wear a hijab at an international competition over the weekend in open defiance of her country’s mandate, amid fierce protests against the Islamic Republic’s restrictions on women’s dress.

Iranian sport climber Elnaz Rekabi, 33, was seen competing without the Islamic headscarf at the International Federation of Sport Climbing’s Asian Championships in Seoul on Sunday. Since the 1979 Islamic Revolution, women are required to wear a hijab in Iran. They must also abide by the mandatory rule outside Iran when they are officially representing the country abroad.

MORE: Students in Iran say they will continue to protest despite warnings, threats from regime

Rekabi is believed to be one of the first Iranian female athletes to disobey the hijab requirement — a move that was widely praised by observers on social media as “historic,” “daring,” “courageous” and “powerful.” Sadaf Khadem, 27, was bare-headed and wore shorts when she became the first female Iranian boxer to win an overseas fight in 2019. Khadem had intended to return to Tehran after the competition but was forced to stay in France, after Iranian authorities reportedly issued an arrest warrant over her violations of the strictly enforced Islamic dress code. Iranian women who don’t cover up in public are routinely arrested by the country’s morality police.

Rekabi got to the final round of the weeklong annual Asian Championships and finished in fourth place on Sunday. The Iran Mountaineering and Sport Climbing Federation announced the result on its website alongside an undated image of Rekabi wearing a hijab. Rekabi did not immediately respond to ABC News’ request for comment on Monday, while telephone calls to the Iran Mountaineering and Sport Climbing Federation went unanswered.

Large-scale protests have swept across Iran in recent weeks, sparked by the death of a young woman who was detained by the morality police for breaching the dress code. Mahsa Amini, 22, died in police custody in Tehran on Sept. 16, three days after she was arrested over allegedly wearing her state-mandated hijab too loosely. Iran requires women to don the garment in a way that fully covers their hair while in public.

In this Sept. 24, 2022 file photo people take part in a protest following the death of Mahsa Amini in front of the United Nations headquarters in Erbil, Iraq, Sept. 24, 2022.Azad Lashkari/Reuters, FILE

Iranian police have denied that Amini was mistreated. They said she suffered a heart attack at the police station and died after being in a coma for two days. Amini’s family said she had no history of heart issues and that they were prevented from seeing her body before she was buried, according to The Associated Press.

Female protesters in Iran have been seen taking off their headscarves and cutting their hair to show solidarity with Amini. The movement has garnered global attention, with people around the world taking to the streets in support of the Iranian protesters.

The widespread demonstrations in Iran have been met with a brutal crackdown by authorities, who are disrupting internet access and allegedly using both excessive and lethal force. Nearly 8,000 protesters have been arrested and at least 240 have been killed, including 32 children, according to U.S.-based rights monitor HRANA.