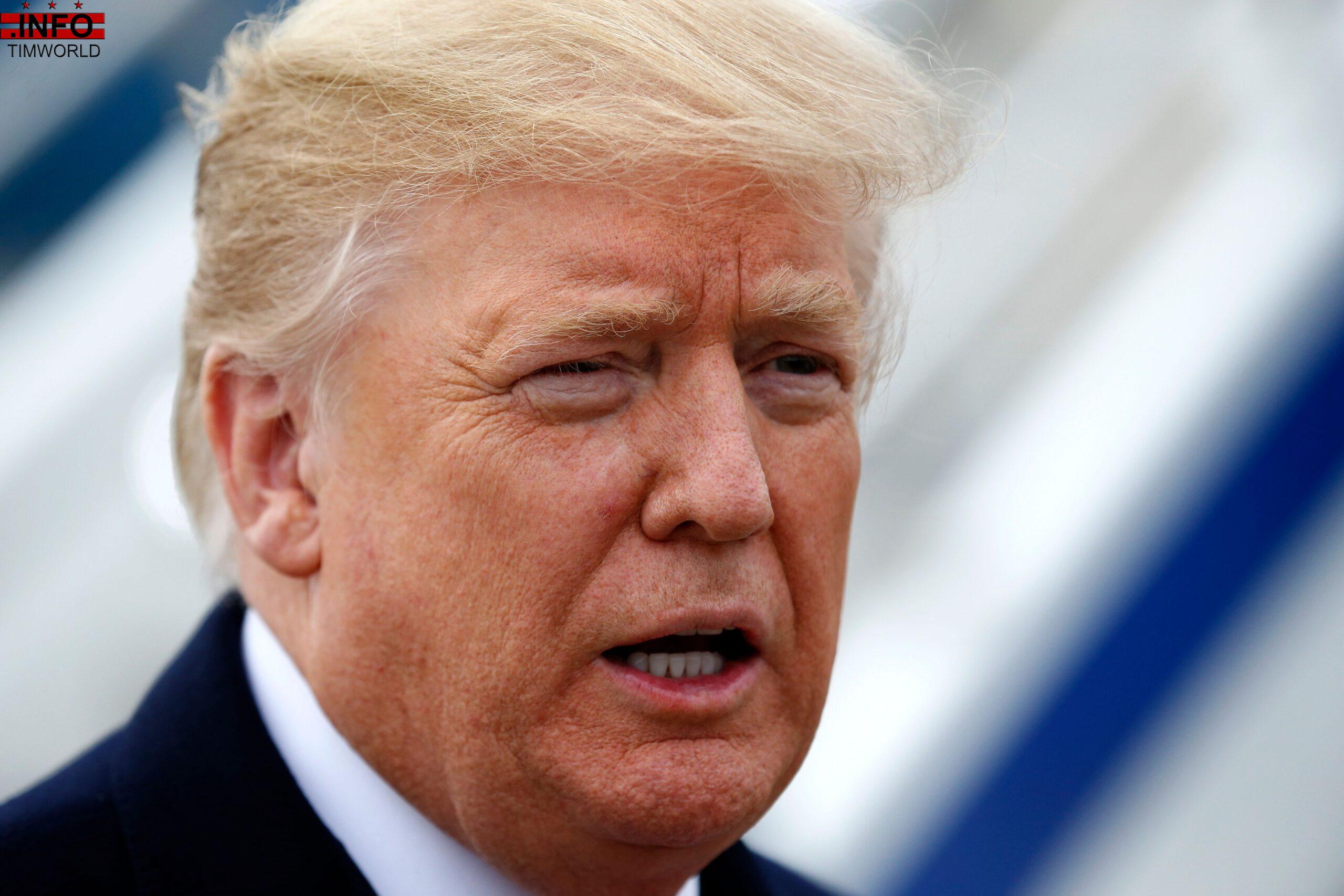 President Donald Trump takes questions from a gathering of reporters next to Air Force One at Lunken Airport in Cincinnati on Friday, Oct. 12, 2018. President Trump visited the Cincinnati area for a MAGA Rally at the Warren County Fair Grounds in Lebanon, Ohio, Friday night.  (Photo: Sam Greene, The Enquirer via USA TODAY Network)

The House Oversight and Reform Committee subpoenaed Trump’s records held by Mazars, to compare them to testimony from Trump’s former personal lawyer, Michael Cohen, and with government disclosure forms. Cohen, who went to prison for three years this month in part for lying to Congress, testified that Trump routinely misstated his holdings on financial records.

But Trump’s lawyers argued at a May 14 hearing that U.S. District Judge Amit Mehta should block the committee’s subpoena because it was pursuing a law enforcement function, which is the responsibility of the executive branch, rather than a legislative function.

Mehta ruled that courts must presume that Congress is acting in its constitutional responsibility to legislate, such as in amending penalties for violating ethics disclosure laws and for monitoring the president’s compliance with the emoluments clause in the Constitution, which prohibits a president from receiving payments from foreigners.

Mehta cited an April 12 memo from Oversight Chairman Elijah Cummings, D-Md., who outlined four reasons for the subpoena, and found Congress has a right to look at the records based on its legislative or investigatory powers. The reasons were to investigate whether Trump engaged in illegal conduct before or during his presidency, whether he has undisclosed conflicts of interest, whether he complied with the emoluments clause and whether he correctly reported his finances on government disclosure forms.

“Applying those principles here compels the conclusion that President Trump cannot block the subpoena to Mazars,” Mehta said. “These are facially valid legislative purposes, and it is not for the court to question whether the committee’s actions are truly motivated by political considerations.”

This was the first ruling in federal court – and is likely to be appealed – over congressional demands for documents and testimony from the Trump administration.

Mehta cited two times during the last 50 years where Congress investigated a sitting president for alleged violations of the law before initiating impeachment proceedings. One was of former President Richard Nixon, who resigned, for the Watergate probe. The other was of former President Bill Clinton, who was impeached but not removed from office by the Senate, for the Whitewater probe.

“Congress plainly views itself as having sweeping authority to investigate illegal conduct of a president, before and after taking office,” Mehta wrote. “This court is not prepared to roll back the tide of history.”

Trump’s lawyers, led by William Consovoy, also asked at the hearing for Mehta to delay the effectiveness of his order, if he ruled against them, so they would have time to appeal. But he declined, leaving Mazars seven days to comply with the subpoena.

“The court is well aware that this case involves records concerning the private and business affairs of the president of the United States,” Mehta said. “But on the question of whether to grant a stay pending appeal, the president is subject to the same legal standard as any other litigant that does not prevail.”

Trump’s central argument in trying to block access to the Mazars documents is that congressional oversight applies only to the development of legislation. Without any legislative purpose, Trump contends the committee’s request represents political warfare.

“The Democrat Party, with its newfound control of the U.S. House of Representatives, has declared all-out political war against President Donald J. Trump. Subpoenas are their weapon of choice,” the president’s lawsuit said.

Another case is scheduled for a hearing Wednesday in New York City, where Trump, his business and family have sued to prevent Deutsche Bank and Capital One from releasing documents to the House Financial Services and Intelligence committees.

Cummings has said the committee sought Trump’s financial documents to determine whether Trump has accurately reported his own finances.

“Trump’s attacks on the committee’s investigations amount to nothing more than political histrionics and hyperbole,” the committee said in its reply to the lawsuit.