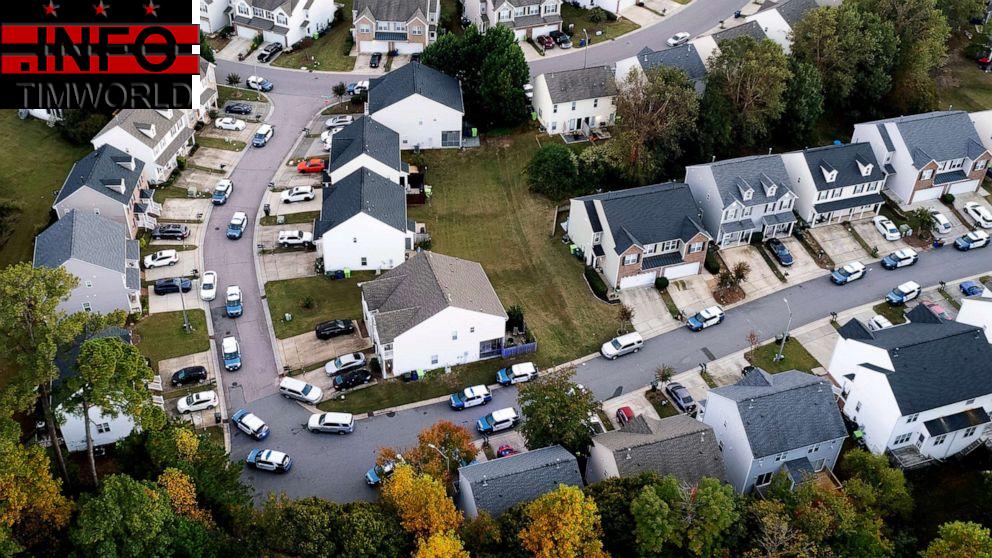 The parents of the 15-year-old suspected of killing five people, including a police officer, on a nature trail in Raleigh, North Carolina, said there weren’t “any indications or warning signs” their son “was capable of doing anything like this.”

“Words cannot begin to describe our anguish and sorrow,” Alan and Elise Thompson said in a statement issued Tuesday. “Our son Austin inflicted immeasurable pain on the Raleigh community, and we are overcome with grief for the innocent lives lost. We pray for the families and loved ones of Nicole Conners, Susan Karnatz, Mary Marshall, and Raleigh Police Officer Gabriel Torres. We mourn for their loss and for the loss of our son, James.”

“We pray that Marcille ‘Lynn’ Gardner and Raleigh Police Officer Casey Clark fully recover from their injuries, and we pray for everyone who was traumatized by these senseless acts of violence,” they continued. “We have so many unanswered questions. There were never any indications or warning signs that Austin was capable of doing anything like this. Our family will continue to cooperate fully with law enforcement officials and do whatever we can to help them understand why and how this happened.”

ABC News does not name underage suspects until or unless their parents issue a public statement identifying them.

The 15-year-old was taken into custody with life-threatening injuries following a standoff with police last Thursday after the shootings occurred, according to a memo issued by the Department of Homeland Security and obtained by ABC News. It’s not clear whether the suspect’s injuries were self-inflicted, the memo said.

The teen, who has not been named by authorities, was in the hospital in critical condition with life-threatening injuries as of Sunday, a law enforcement official briefed on the investigation told ABC News. Detectives believe responding police fired at the suspect, so officer-involved-shooting protocols are being followed, the official said.

Among the victims was officer Gabriel Torres, 29, who was on his way to work when he was shot and killed, according to Raleigh Police Chief Estella Patterson. Torres, a former Marine, was a husband with a young daughter, according to ABC station WTVD.

Raleigh mass shooting: What we know about the victims

Two people were also injured during the shooting, which took place in the vicinity of the Neuse River Greenway Trail, authorities said.

Chief Patterson will file a five-day report to the city manager on Thursday, which will include a detailed outline of the events during the shooting, Julia Milstead, public information officer for the city of Raleigh, told ABC News.

The report will include details on the suspect’s injuries and the type of weapon that was used in the shooting, Milstead said.