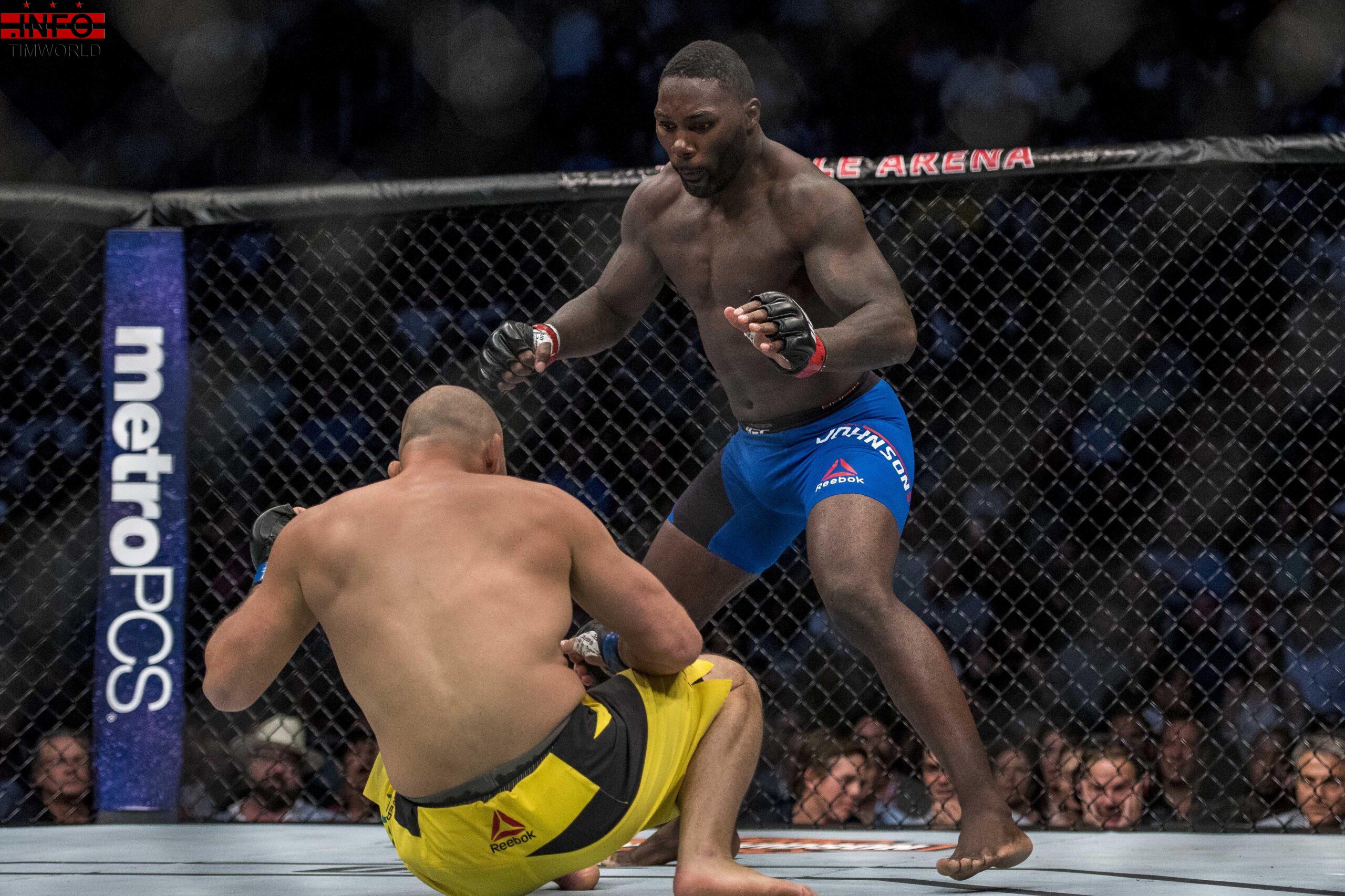 Johnson, 35, was arrested Monday afternoon by Boca Raton (Fla.) police and booked into the Palm Beach County jail on a single charge of misdemeanor battery, according to online records.

According to a police report obtained by TMZ.com and MMA Junkie, Johnson’s ex-girlfriend called police after he allegedly picked her up using a “football hold” and carried her into another room of her house during an argument.

The woman, whose name MMA Junkie is withholding, claimed she was packing up Johnson’s belongings to kick him out and “was scared due to his size and martial arts experience.” She was “upset,” but did not have any visible injuries when police arrived, according to the report. Police say she refused to complete a written statement.

WANT MORE?:Get the lowdown on UFC at MMA Junkie

Police say Johnson admitted picking up the woman. He claimed the argument started out over an issue they’d had over the weekend, and he began packing up his things. He claimed the woman followed him into another room and continued to argue despite him telling her to leave him alone. When she didn’t, he said he picked her up and carried her into another room to avoid more arguing. He was then arrested on suspicion of domestic battery and taken to jail.

Johnson is due back in court for arraignment on June 6. He is ordered to stay away from the woman, refrain from possessing weapons and using drugs or alcohol.

According to the booking report, Johnson’s address is the same one formerly used by Iron Bridge Tools and Jaco Athletics LLC, the companies founded by his former manager, Glenn Robinson, who passed away this past September. He was declared indigent by the court after his initial appearance on the charge today.

Johnson is already under an active restraining order filed by a separate woman, who claimed there was “an immediate present danger of dating violence” and was granted a one-year extension that expires Feb. 6, 2020. Johnson’s attorney told MMA Junkie he was accused of online stalking, making threats and posting intimate images of the woman.

Domestic violence allegations halted Johnson’s UFC career in 2014 after the the mother of his two children told police she received death threats from Johnson’s friends and that he had struck her and knocked out two of her teeth in 2012. The UFC conducted an investigation into Johnson and cleared him to compete after the woman withdrew a restraining order. In 2015, the same woman accused Johnson of stalking her, though her case was dismissed.

In March 2015, a separate woman filed a police report claiming Johnson, whom she’d dated, showed up unannounced at the taekwondo studio she worked at and assaulted her. She declined to press charges.

In 2009, Johnson pled nolo contendre to assault when he forcefully entered his ex-girlfriend’s house and slammed her to the ground. She sustained multiple injuries.

Johnson, who retired from competition in April 2017, has repeatedly denied wrongdoing in several of the alleged incidents, claiming he was still friends with the women who accused him of assault. He currently works in the marijuana industry, but his most recent arrest report lists “bodybuilder” as his profession.