Early snowfall knocks out power to thousands in Great Lakes 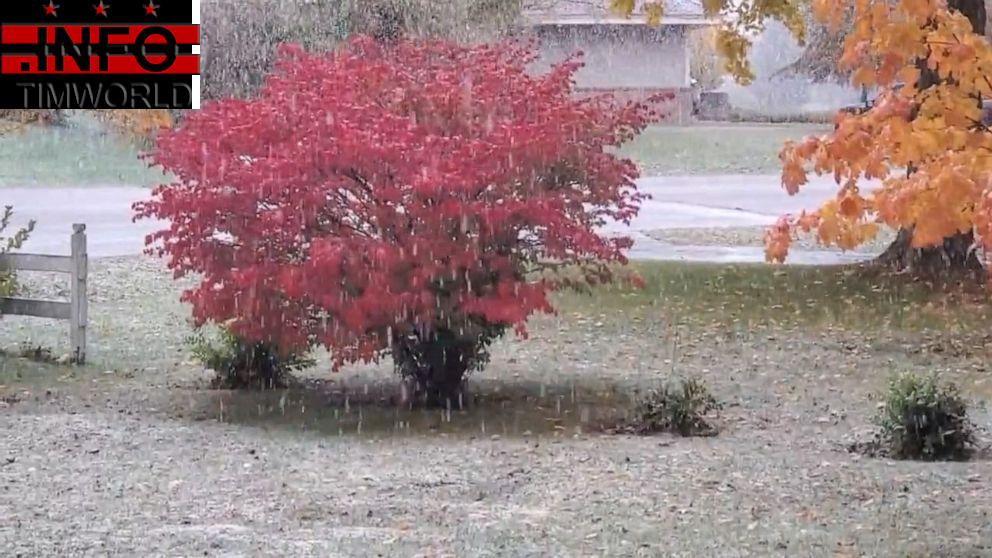 Thousands of customers in the Great Lakes are without power on Tuesday after heavy snowfall combined with leaves still on trees caused many branches to fall on power lines.

Across the U.S., 28 states are under frost and freeze alerts from Colorado to New York. Actual temperatures are in the 20s and even teens. In the upper Midwest, temperatures in the 30s are widespread, with record cold dipping into the Ohio Valley and parts of the mid-South. Wind chills are in the single digits in North Dakota and Minnesota.

The freeze reaches the Gulf Coast on Wednesday, where temperatures could fall into the upper 20s and lower 30s.

The first snowfall of the season in central Michigan, Oct. 18, 2022.sunterra1014/Twitter

Lake-effect snow also fell in northern Indiana, with some areas getting as much as 4 inches.

The first snowfall of the season coats cars in a parking lot, Oct. 18, 2022, in Ironwood, Mich.Courtesy Tony Greene

Dozens of record-low temperatures are expected across the South on Wednesday. Raleigh, North Carolina, could see its first frost of the season.

Some of the cold will swing into the Northeast with temperatures expected to be in the upper 30s on Wednesday morning.

Frost and freeze alerts have been issued for the Northeast, including Philadelphia, but the frosty conditions will stay away from Washington, D.C., New York City and Boston for now.

Record heat is possible in the Northwest through the middle of the week.ABC News

But, temperatures are expected to be much cooler over the weekend and wet weather is on the way with mountain snow.