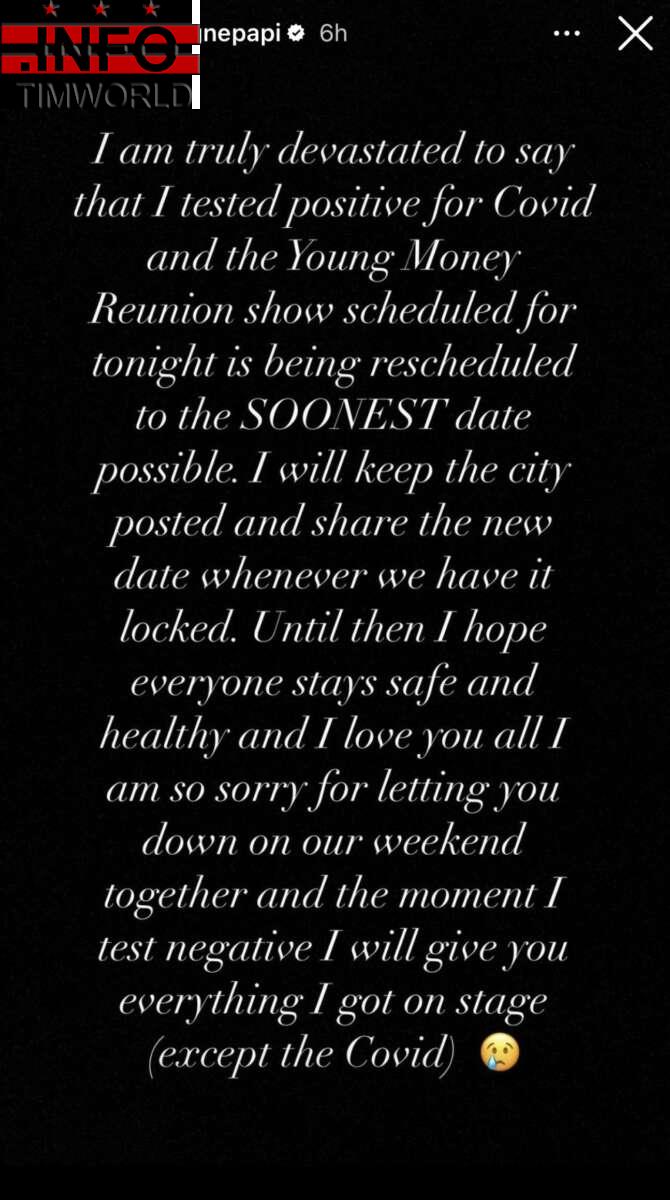 Fans who were devastated over the Young Money reunion being called off due to Drake contracting covid can release a sigh of relief. The rapper announced Thursday that he tested negative and will be performing with Nicki Minaj and Lil Wayne on August 6 at OVO Fest’s Young Money Reunion.

Taking to Instagram to share the announcement, Drake wrote, “Negative test…positive outcome…this was the only date available until the fall and because the family is so solid everybody is flying back in to make it happen for you all…SEE YOU SATURDAY…young moulaaa.”

Earlier this week, Drake announced that his set at the October World Weekend scheduled for tonight has been postponed due to him contracting COVID-19.

“I am truly devastated to say that I tested positive for Covid and the Young Money Reunion show scheduled for tonight is being rescheduled to the SOONEST date possible,” the Canadian MC wrote on his Instagram Stories.

“I will keep the city posted and share the new date whenever we have it locked. Until then, I hope everyone stays safe and healthy and I love you all I am so sorry for letting you down on our weekend together and the moment I test negative I will give you everything I got on stage (except the Covid),” he added.

The “Sticky” rapper signed off his message with a sad face emoji.

Now, Minaj and Wayne will join Drake at the show being held at Toronto’s Budweiser Stage. The concert is part of the October World Weekend which features headlining acts from All Canadian North Stars on July 28 and Chris Brown and Lil Baby on July 29.

During her set, Furtado was joined onstage by the rapper as she performed her songs, “Promiscuous” and “I’m Like a Bird.” It was the signer’s first time appearing onstage in five years.