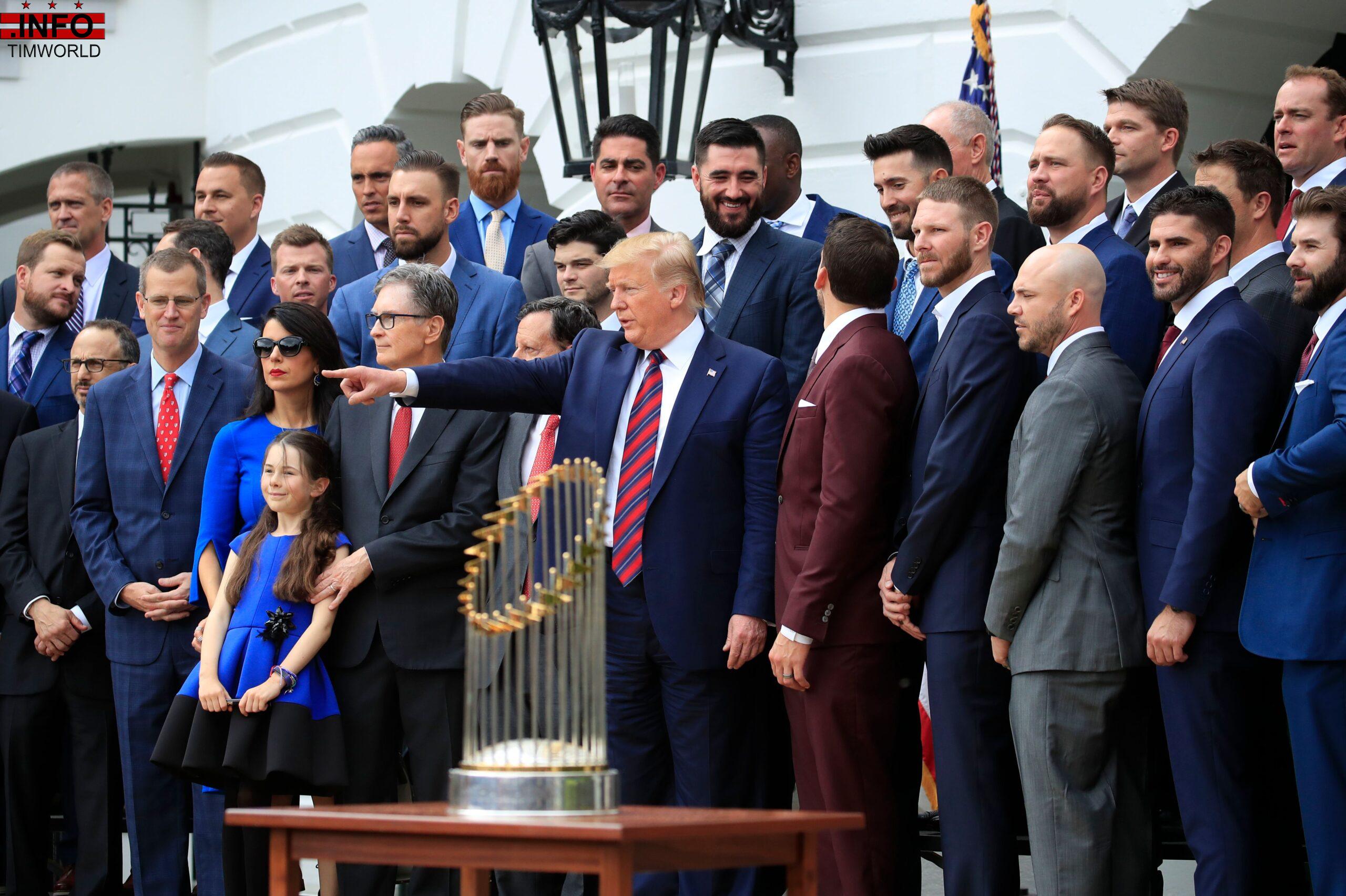 Or, at least some of them did.

In the latest politically charged championship celebration under President Donald Trump, a group of primarily white players and executives crowded behind the president on the South Lawn, while the majority of persons of color on the roster — including manager Alex Cora — skipped the trip.

Stars Mookie Betts and David Price, who are black, were among those absent, in addition to several Latino players.

“We don’t see it as a racial divide,” Red Sox chairman Tom Werner said, when asked about the players who chose not to attend. “I think to the extent that we can, we think that baseball is apolitical.”

When asked whether he spoke with the players about their reasons for skipping the visit, Werner said only that he spoke to Cora and respected the manager’s decision.

A native of Puerto Rico, Cora has said repeatedly that he decided to forego a trip to the White House because of the ongoing recovery efforts in his home country following Hurricane Maria. Cora has been critical of the Trump administration’s response to the crisis.

“I just don’t feel right going and celebrating while people are struggling back home,” he said on Boston radio station WEEI on Wednesday.

It is extremely rare for a championship sports team to visit the White House without its coach or manager.

Trump did not mention Cora, or any of the absent players, by name during the ceremony Thursday, which lasted roughly 10 minutes. When asked by a reporter earlier in the day about those who decided not to attend the event, however, Trump said only, “I like the Red Sox,” and offered a defense of his administration’s relief efforts in Puerto Rico.

“We gave Puerto Rico $91 billion for the hurricane,” Trump inaccurately stated to reporters. “The people of Puerto Rico should really like President Trump.”

According to PolitiFact, Congress has allocated $41 billion in aid to the island, of which only $11 billion has been spent to date.

In Cora’s absence, Trump was greeted at Thursday’s ceremony by a cast of executives, including Werner, owner John Henry and president of baseball operations Dave Dombrowski — all of whom are white. Third-base coach Carlos Febles, a native of the Dominican Republic, stood three rows behind Trump, while outfielder J.D. Martinez, who is Cuban-American, gave the 45th president a No. 18 Red Sox jersey. (Boston retired No. 45 in honor of pitcher Pedro Martinez.)

Though Trump gave shout-outs to World Series standouts Nathan Eovaldi and Steve Pearce in his remarks, he did not mention Price, another star of the series, nor Betts, the reigning American League MVP.

Thank you to the @WhiteHouse for hosting us today and honoring the 2018 World Series Champions! pic.twitter.com/ejH8tjDwbK

Individual athletes have long skipped celebratory White House visits for political reasons, but the events themselves have become strikingly more political under Trump. The president has yet to invite an NBA or WNBA championship team to visit the White House in his first two-plus years in office, and only one women’s sports team — the Baylor basketball team — has received its own celebration.

Trump has also rescinded White House invitations to multiple teams, including the Golden State Warriors in 2017 and the Philadelphia Eagles in 2018.

Werner, the team’s chairman, said the Red Sox never considered skipping the event altogether. He said those in attendance were grateful for the trip, which included a visit to the Oval Office and a tour of the Lincoln Bedroom.

“No, I think we were honored by it,” Werner said. “People watch sports as a way to get away from their daily problems. And to us, this was a great tribute to what was a great championship.”