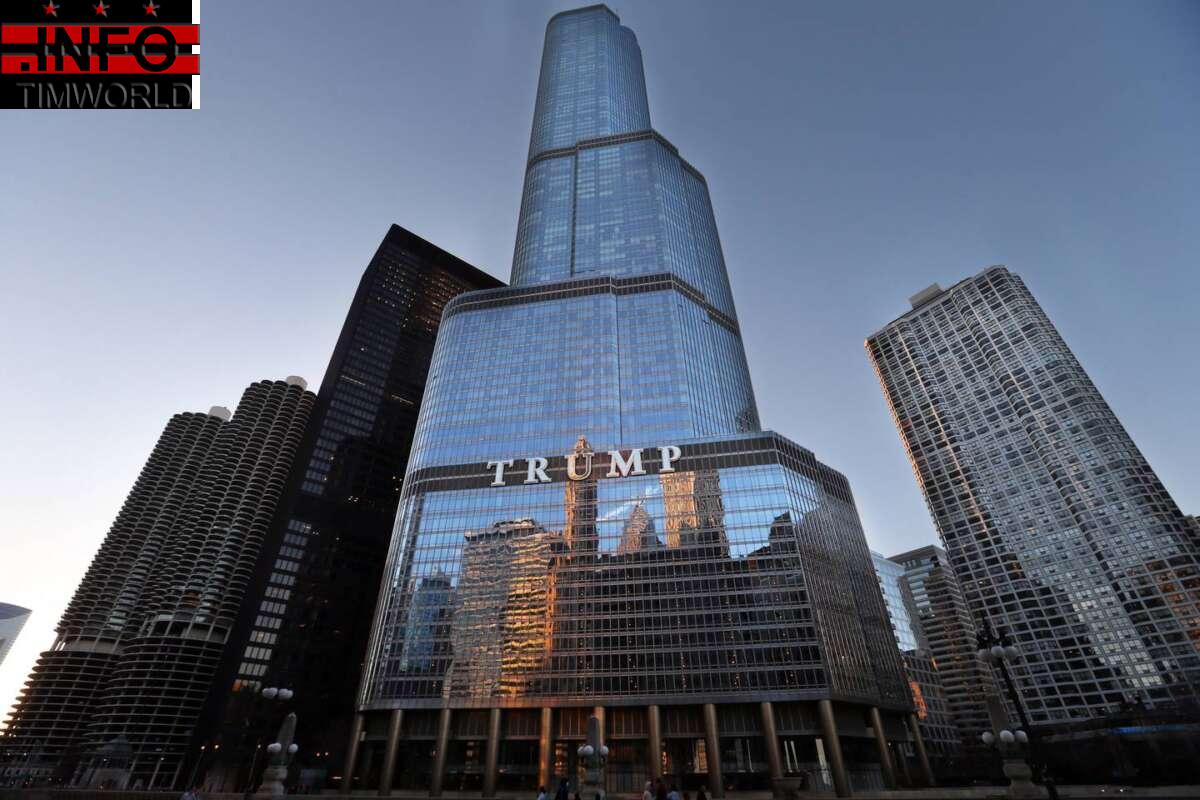 The showcase Trump International Hotel & Tower Chicago is cited as an example of how Trump allegedly sought to have it both ways. When he needed collateral, he and his team placed a high value on the property and when he wanted a tax break, he called the property worthless, according to the lawsuit filed Wednesday by James’ office.

Once touted as a jewel of the Trump portfolio, the Chicago Trump Tower was, in reality, mired in questionable financing for years.

The 220-page lawsuit said the downtown Chicago property, owned officially by 401 North Wabash Venture LLC, was appraised at $133 million in recent years by Deutsche Bank, which lent Trump money for the project, but he gave a different story — saying it was worthless — when reporting his taxes.

In an attempt to try to avoid detection, Trump and the Trump Organization intentionally didn’t include the skyscraper in his various statements of financial condition so that it wouldn’t expose the differing values he gave the property, the lawsuit stated.

“Since 2009, its value has been excluded from the Statements of Financial Condition,” which are essentially balance sheets reviewed by lenders and others that show assets and liabilities, the lawsuit said.

Based on sworn testimony, the reason for the omission was that “Trump did not want to take a position on the Statements that would conflict with a position about the property’s value he has represented to tax authorities,” the lawsuit stated. “(The) investigation revealed that the tax position taken was that the property had become worthless according to Mr. Trump, and thus formed the basis of a substantial loss under the federal tax code.”

The Chicago hotel and residence is “relevant” in the case filed by James’ office because “Mr. Trump and the Trump Organization obtained bank loans on the building or its components as collateral and the statements were part of the loan transaction,” the lawsuit said.

Any use of differing property values could put Trump in a difficult position given he allegedly certified his statements of financial condition as true and accurate in multiple loan agreements, including in loans he personally guaranteed for the skyscraper on the bank of the Chicago River.

Among the loan transactions cited in the lawsuit was one in which the Trump Organization paid down a loan from $98 million to $19 million with proceeds from condo sales at the Chicago property, but then successfully increased the loan from Deutsche Bank by $54 million — to a $73 million loan — with Trump’s personal guarantee.

Included in collateral, the lawsuit said, were “unsold condominium units and the Trump International Hotel Chicago.”

By 2015, the lawsuit said, the Trump Organization had paid down what it owed to a remaining loan balance of $45 million.

But since the property had been appraised at $133 million, that was to Trump’s advantage because the appraisal triggered specific provisions in his loan deal that meant “Mr. Trump’s personal guarantee was eliminated,” according to the lawsuit.