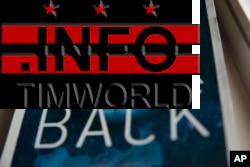 SIOUX FALLS, SOUTH DAKOTA —  As Achut Deng lay in her apartment bedroom in the early days of the COVID-19 pandemic, sickened alongside hundreds of her co-workers at a South Dakota meatpacking plant, she worried she was going to die.

It wasn’t the first time she felt the imminent threat of death.

Her childhood, shattered by war in South Sudan, had been filled with it. But as she focused on building a new life for her family — filled with long hours at the Smithfield Foods pork processing plant — she kept those traumatic memories to herself.

In the spring of 2020, however, she spoke out to tell of the fear gripping the Sioux Falls workforce, adding to pressure that prodded the plant to implement new safety protocols that helped protect Deng and her colleagues.

Now, Deng is telling her whole story — from fleeing massacres to the trauma she experienced as a refugee in the United States — through a memoir that she hopes will bring awareness of both the hardships, as well as the healing, for refugees.

The cover of Achut Deng’s memoir, co-authored with Keely Hutton, is illustrated with the face of a girl overlaid by the night sky in Sioux Falls, South Dakota, Sept. 17, 2022.

Deng’s book for young adults, co-authored with Keely Hutton, draws its name from the words Deng’s grandmother uttered as they fled when their village came under attack: “Don’t Look Back.”

For decades, she followed that advice to survive. The book details her grandmother’s sacrifice to literally shield Deng from bullets during a 1991 massacre, to a refugee journey where a deadly river, a snake bite and malaria all nearly killed her. And even after arriving in the U.S., Deng writes, she suffered sexual abuse from a male guardian as well as accompanying suicidal thoughts.

“I’m tired of being strong. I’m done being embarrassed. I’m done being ashamed of what I’ve been through,” Deng, now 37, told The Associated Press in an interview at her home in Sioux Falls.

For years, she quietly kept her story buried beneath her work at the plant, a side hustle of catering sambusa and caring for her three sons.

“There’s a reason why I created this busy schedule — because I don’t want to have time to myself so that I can think of the past,” she said.

The hard work allowed Deng to achieve the life she dreamed of when she came to the U.S. as a teenager. She saved for a down payment on a home, paid for family vacations and even sponsored her parents’ immigration to America.

When COVID-19 infections spread among Deng’s colleagues, however, her dreams came under attack once again. Sickened by the virus, she worried her sons would find her body and be left with only the stories others told about her. Deng was still haunted by finding that her own grandmother had been struck and killed by the bullets that might have hit Deng during that 1991 massacre.

“I found myself at the very lowest point again,” Deng recounted.

In the past, she had quietly focused on survival. This time, she spoke out. Deng appeared twice on The New York Times‘ “The Daily” podcast.

She described in compelling detail the suffering and fear among her colleagues — many of them immigrants — as the pork processing plant became one of the country’s worst hot spots for infections in the spring of 2020. Four of her colleagues died after being infected.

Many workers at the time worried about the consequences of speaking with reporters, but Deng says she was only describing her own experience and that she does not blame Smithfield for the coronavirus. She says the plant requires hard work, but Smithfield also provides the wages, benefits and a schedule that allow a single mother to provide for her family.

When a publicist at Macmillan Publishing heard Deng on the podcast, it sparked talks that led to the memoir. Deng wrote the book with Hutton, her co-author, in between working 12-hour shifts at Smithfield and ferrying her sons to school. She often slept just four hours between her overnight job as a supervisor and video calls with Hutton.

Delving into the trauma of her past was difficult, Deng said, and required therapy sessions.

Then, every Sunday, when Deng had a day off, she would sit with her sons around their dining table and read the draft of the latest chapter.

“We cry together; we talk about it; then we put it behind; then we start the new week,” Deng said.

She hopes that readers will come to understand refugees have their lives upended and are traumatized by forces beyond their control, but show incredible resilience by choosing to come to the U.S. She described the book’s cover, illustrated with the face of a girl overlaid by a night sky, as capturing her feelings at publication.

“She’s wounded but fearless,” Deng said. “You can see the pain in her eye. But she’s not afraid.”

Congressional Democrats ‘cave’ on critical funding priorities in latest coronavirus relief bill
Joe Biden Appears to Be The Last Person to Realize That Joe Biden Will Never Be President
Fact-check: Does this video show anti-foreigner violence in South Africa?