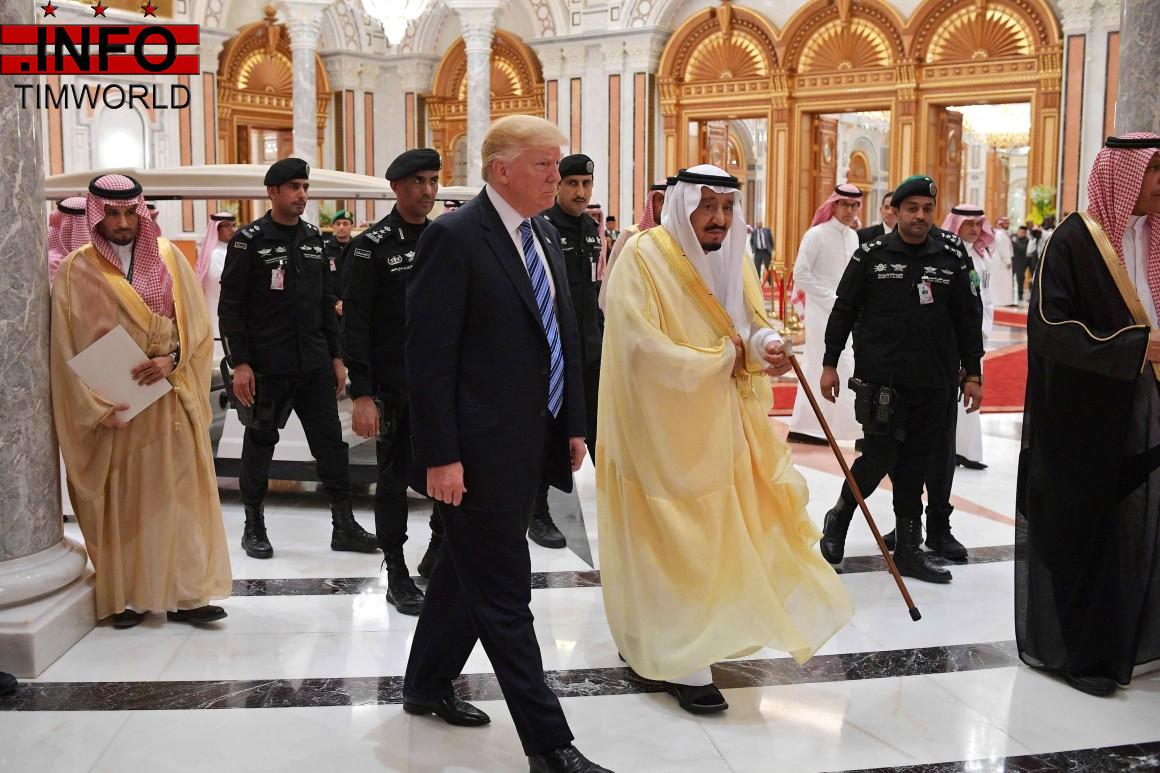 The growing diplomatic crisis with Saudi Arabia over the disappearance of Jamal Khashoggi is shining a spotlight on just how integral the country — and its cash — have become to Washington, with lobbying firms, think tanks and investors all under scrutiny over their ties to the kingdom.

The Saudis have exerted influence in Washington for decades, from shelling out millions on lobbying firms to sending high-powered members of the royal family to serve as ambassadors and social figures.

The kingdom doled out cash to Washington think tanks such as the Center for Strategic and International Studies. The Emerson Collective, which has helped fund D.C. media organizations, also has links to Saudi Arabia. Saudi Aramco, the national oil company, has hired its own consultants and public relations firms, including for a planned $100 billion initial public offering.

Saudi Arabia’s outlays have increased in the era of President Donald Trump, a report from a left-leaning Washington think tank found, with U.S. lobbying spending in 2017 nearly three times what it was a year earlier.

“They use every vehicle, and more and better than most countries, I think,” said Trent Lott, the former Senate majority leader who has lobbied on behalf of Saudi Arabia.

But now, amid heightened tensions after Khashoggi, a Washington Post columnist and U.S. permanent resident, disappeared after entering the Saudi consulate in Istanbul two weeks ago, at least three of the kingdom’s squadron of high-priced lobbying and public-relations firms have dropped it as a client. And it’s unclear how much more the crisis will diminish Saudi Arabia’s influence in Washington.

One person familiar with Saudi Arabia’s lobbying efforts pointed to South Carolina Republican Sen. Lindsay Graham’s call Tuesday for the Trump administration to “sanction the hell out of Saudi Arabia” as evidence of how much the crisis has shaken lawmakers’ faith in the Saudis.

“Restoring that faith is going to be very difficult,” the person said.

Saudi Arabia won’t have to do it alone; the kingdom’s handsome payouts have assured it has plenty of help in Washington. While at least three of its firms have quit, the kingdom continues to retain several prominent lobbying organizations, including Hogan Lovells and Brownstein Hyatt Farber Schreck.

A forthcoming report from the Foreign Influence Transparency Initiative at the left-leaning Center for International Policy, which was shared with POLITICO, found that registered foreign agents working on behalf of Saudi interests contacted Congress, the White House, the news media and think tank analysts more than 2,500 times in 2017.

“A big part of what Saudi Arabia is doing is image management and trying to make sure the narrative crafted in the west is a positive narrative,” said Ben Freeman, the report’s author. “Saudi Arabia has been so influential in D.C. because they hit every lever of influence.”

Many foreign governments stepped up their lobbying to reach the new administration after Trump took office, but the Saudis have been especially successful, securing a visit from the president on his first overseas trip and earning his loyalty with plans for a major arms deal.

He appeared to side with Saudi Arabia, the United Arab Emirates and their allies during a 2017 rift with Qatar, a key U.S. ally. Both sides scrambled to hire Washington lobbying muscle to convince lawmakers and the administration that they were in the right in that battle.

Trump’s affinity for Saudi Arabia appears to be surviving the current crisis for the moment: He told The Associated Press Tuesday that blaming the kingdom for Khashoggi’s disappearance appeared to be a case of “guilty until proven innocent.”

But Saudi Arabia’s open pocketbook has not always translated to success in Washington. In 2016, Saudi Arabia mounted an all-out lobbying push to kill the Justice Against Sponsors of Terrorism Act, which allowed victims of the Sept. 11, 2001, terror attacks to sue the kingdom. Congress ultimately passed the bill over President Barack Obama’s veto, despite the money Saudi Arabia poured into trying to defeat it.

“I wish I had a dime for every $1,000 Saudi Arabia has spent on futile public relations efforts over the past 20 or 30 years,” said Thomas Lippman, a former Washington Post reporter who’s now an affiliated scholar at the Middle East Institute, a Washington think tank that said this week it would no longer accept money from the Saudi government.

One person familiar with Qatar’s lobbying strategy speculated that the current skepticism toward Saudi Arabia in Washington could wind up benefiting its regional rival.

“I think it changes everything,” the person said.

On Tuesday, it seemed as if attacks on the Saudis were coming from all quarters.

Fred Ryan, the Washington Post’s publisher and chief executive, urged the Trump administration to “push harder for the truth” about what happened to Khashoggi.

“Until we have a full account and full accountability, it cannot be business as usual with the Saudi government,” Ryan said in a statement.

A Washington Post spokeswoman also confirmed Tuesday that the paper told BGR Group chairman Ed Rogers he would have to stop writing an opinion column for the PostPartisan blog if he continued lobbying for Saudi Arabia. The firm has dropped Saudi Arabia as a client.

Steve Schmidt, a former vice chairman of the public relations firm Edelman who’s been a critic of the Trump administration, tweeted that the kingdom’s lobbying efforts were “a poster child for the corruption that runs rampant in Washington DC.”

Some lobbying firms and think tanks are waiting to see how the administration responds to the crisis before they decide whether to terminate their relationships with the Saudis.

While the Middle East Institute said this week that it would no longer accept money from the Saudi government, the Center for Strategic and International Studies said it would hold off on deciding until it was clear what had happened to Khashoggi.

“We will be waiting for evidence to emerge from that process, and to see how the Saudi government and our own government responds to such evidence, before we make a decision on the future of CSIS’s relationship with the Kingdom,” H. Andrew Schwartz, a spokesman for the think tank, said in a statement.

No new maps for Ohio till 2022 after U.S. Supreme Court gerrymandering decision
America burns while our schools hold the match
The Jones Act: A milestone anniversary for American maritime security