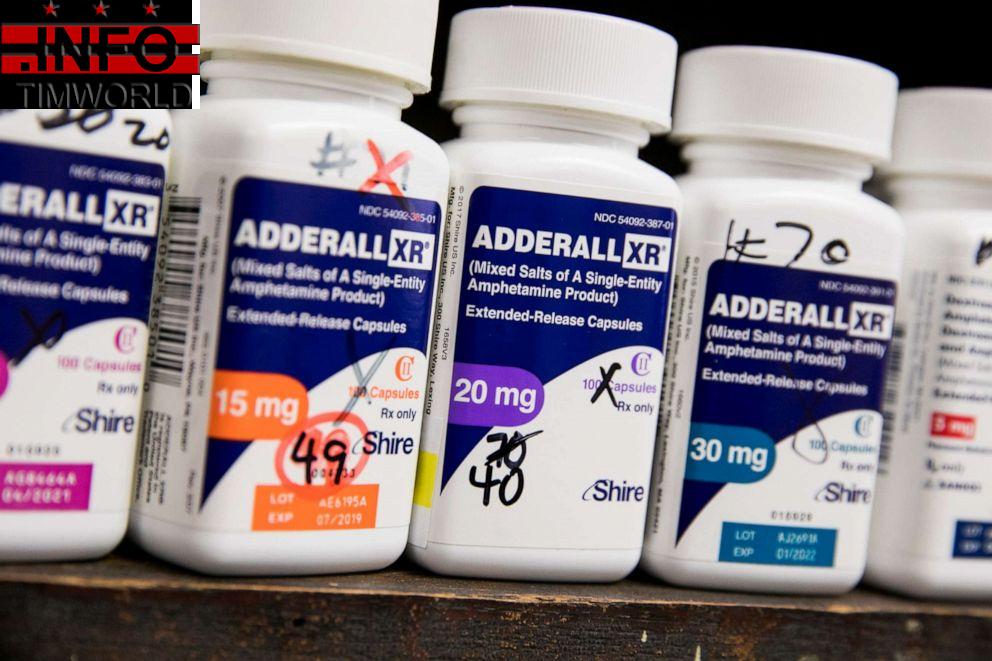 Across the country, reports have been surfacing of people having difficulty obtaining their prescription for Adderall, a medication that can treat ADHD.

Brad Mielke, the host of ABC News’ “Start Here” podcast, who shared that he has an ADHD diagnosis, said he hasn’t been able to get his medication at a local pharmacy.

MORE: FDA confirms Adderall shortage in the US

The FDA confirmed on Wednesday a nationwide shortage of the medication. “Start Here” spoke with ABC News’ Sony Saltzman about the potential causes and implications of the shortage.

START HERE: Sony, how widespread has this shortage become?

SALZMAN: Yeah, thanks, Brad. You know, we have heard over the past couple of weeks from everywhere from social media to local school boards, that people are having trouble filling those Adderall prescriptions and now the FDA has come out officially to say indeed there is a nationwide shortage of Adderall.

We don’t have hard numbers on that, but we do know it means some people are having trouble when they show up to the pharmacy, to get those prescriptions filled. And we just heard from Teva, the largest maker of Adderall in the United States. What they confirmed to us, it’s actually really interesting. They say they’re making the same amount of Adderall this year as they did last year, but the demand has surged for the drug and that’s one of the contributing factors here.

START HERE: I was gonna say, can you just describe why there is a shortage right now?

SALZMAN: Yeah, there’s a lot of different reasons for the shortage. Now, one of the big reasons is the same reason that affects the entire economy. This pandemic has created labor shortages, there are supply chain issues, all of that affects the pharmaceutical industry, just like every other industry right. Now, that aside, there are additional constraints on Adderall.

Adderall is what’s considered a Schedule II pharmaceutical; that means it has abuse potential, that means there are a ton of extra restrictions on it. There are caps on it, there’s a lot of regulations so you know, it’s not as easy as turning up a dial and spitting out more Adderall, right. Now another consideration here is this demand piece and Teva Pharmaceuticals touched on that; they say they’re seeing more demand.

We know that in the past, you know, decade or even more, more and more people have been prescribed Adderall, often appropriately. We don’t have very specific data on what’s been happening during the pandemic itself these last two and a half years, but we do know there’s been an explosion of tele-health services. And maybe there are some other factors at play that just aren’t super transparent right now.

START HERE: Oh, like if somebody’s sitting at home with their kid who has been on Zoom school all of a sudden and they’re like, ‘wait this is worse than I thought, maybe Adderall or maybe one of these ADHD drugs is the answer.’ Like that can be part of the increased demand as well?

SALZMAN: Yeah, potentially. I mean, it’s hard to say but that could potentially be it. We know there’s also been an explosion in tele-health services. So you know it during the pandemic, some restrictions were eased. You are able to communicate with a doctor remotely. And we know there are companies that cropped up during the pandemic that specifically catered to Attention Deficit Disorder, and all of these conditions and wanting to make it easier for folks to get those prescriptions from home.

START HERE: And how impactful is this Sony? Because I know, in my life, like my hands are literally jittering, but from a less biased perspective, on a macro level, how big of a deal is it if some Americans are just a little bit more flighty at work or like, can’t concentrate as well? Like, is this a huge deal? Beyond a few patients here and there?

SALZMAN: Yeah, that’s a really important question, Brad. So we reached out to the American Psychiatric Association and what they told us I think is really important context for people to hear, is that this is not a life-or-death situation. Although certainly people who have ADHD can be uncomfortable if they stopped taking this medication, right?

But really, really crucially, if you are struggling to fill your prescription, what the American Psychiatric Association tells us is that you need to call your doctor. They may be able to work with you to come up with an alternative treatment strategy in the meantime to kind of bridge the gap and crucially, the most important thing, never ever buy a pill from even a friend or a family member because we just don’t know where that pill came from. And there are a lot of counterfeit pills on the market and some of those counterfeit pills have fentanyl and other kind of scary illicit stuff in them. So never buy Adderall from anyone except your pharmacist that you trust and know, a legitimate pharmacist.

START HERE: So is that one of the ramifications here, Sony, that if people can’t get the drugs they’re used to then they reach out elsewhere and all of a sudden they’re on the black market and that’s where bad stuff starts happening?

Ed Sheeran takes a “breather” from music
Hunter Biden was involved in a 2018 project by Burisma Holdings to export grain from Ukraine to China, a document from his abandoned laptop shows
Ancient human species made ‘last stand’ 100,000 years ago on Indonesian island