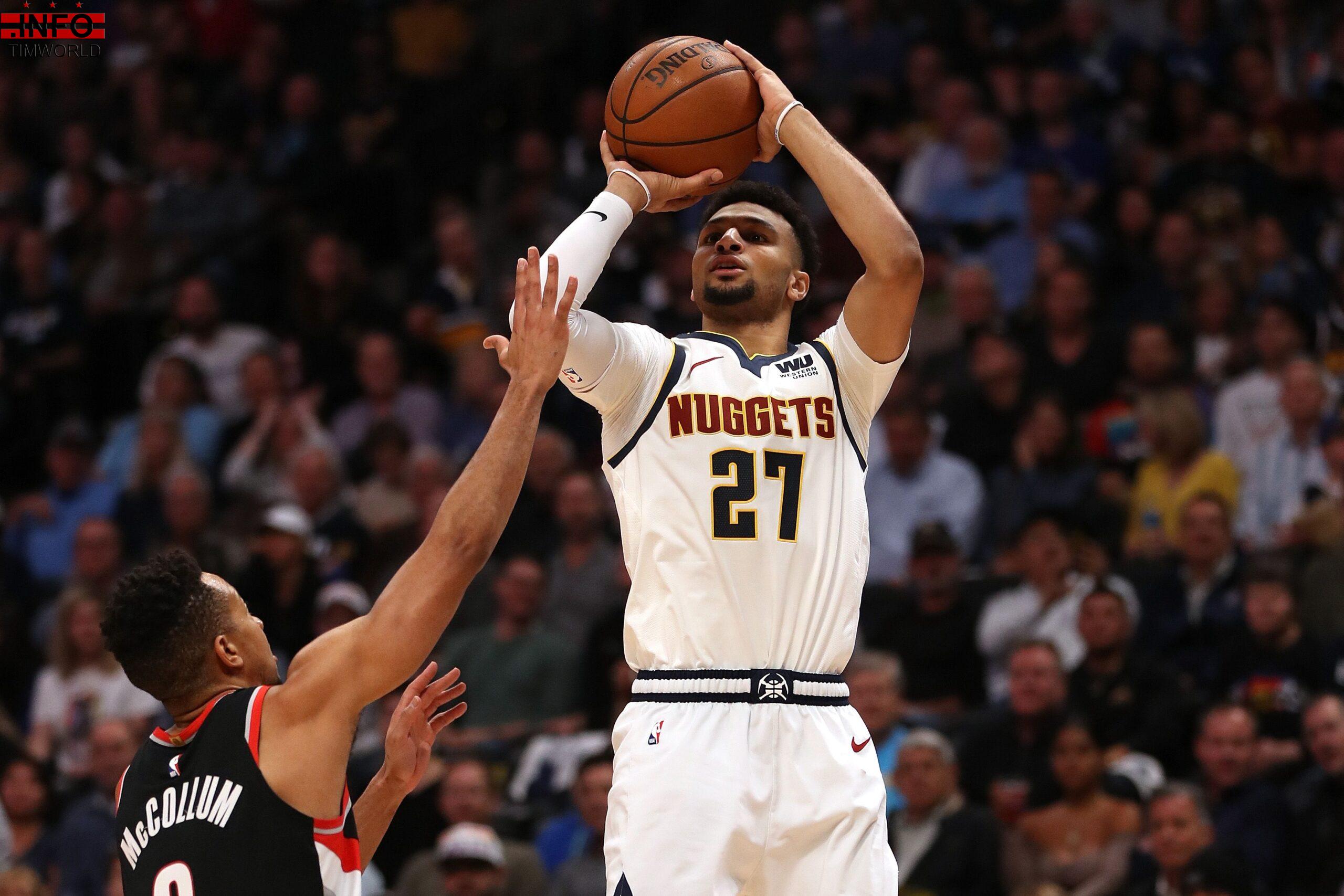 DENVER (AP) — Nikola Jokic scored 25 points and tied a team playoff high with 19 rebounds, and Paul Millsap injected some experience into a series dominated by youth, sparking the Nuggets’ 124-98 blowout of the Portland Trail Blazers on Tuesday night that gave Denver a 3-2 lead in the best-of-seven series.

The Nuggets can secure their first trip to the Western Conference final in a decade with a win in Game 6 on Thursday night in Portland.

Millsap scored 19 of his 24 points in the first half of the first lopsided game in a series that was so evenly matched coming in that Denver held a cumulative scoring advantage of 464-462.

The Nuggets never trailed and stretched a six-point lead after one quarter to 18 at the half and 28 heading into the fourth quarter. They led by as many as 31 before a parade of backups gave the starters some much-needed breathers.

‘THIS IS AN EPIDEMIC’: Nuggets coach reacts to shooting at STEM school

Damian Lillard led Portland with 22 points but again struggled from the arc, going 2 of 9 on 3-pointers.

Coming off a resounding Game 4 win that followed that epic quadruple-overtime loss, the Nuggets were focused and efficient just as coach Michael Malone promised when he said Denver wouldn’t dare let up and exhale at home after reclaiming the home-court advantage.

Millsap came out hot, scoring a dozen points in the first quarter. Just before halftime, he gathered a behind-the-back pass from Jamal Murray (18 points) and swished a 3-pointer while being knocked to the floor by Rodney Hood.

His subsequent free throw gave him a four-point play and 19 first-half points as the Nuggets took a 20-point lead. Lillard, who had 18 points at the break, scored an uncontested basket just before the end of the half to pull the Trail Blazers to 65-47 heading into the locker room.

Whatever adjustments Blazers coach Terry Stotts tried to make at the half didn’t take as the Nuggets outscored Portland 28-18 in the third quarter, and before long, the Blazers were thinking more about salvaging Game 6 and hoping to regroup for a return trip to Denver in hopes of a different outcome.

Malone lives in the neighborhood where a school shooting left one student dead and several wounded Tuesday in suburban Denver. Malone and his wife have two daughters who attend school nearby.

“When kids go to school, they should be going to school to learn, have fun, be with their friends, not worried about an active shooter,” Malone lamented during a heartfelt pre-game news conference .

Malone didn’t want to address the tragedy with his team before tip-off, saying it was “a conversation and a subject maybe on an off day.” He also was struggling with how he’ll talk about it with his kids: “I’m texting my daughter, telling her she’s going to be OK — I don’t even know if she will be OK.”

Blazers center Enes Kanter said he reached out to NBA great Hakeem Olajuwon for advice on performing in the playoffs while fasting during Ramadan.

“He gave me tips,” said Kanter, who is avoiding all food and drink from sunrise to sunset, which was about a half hour before tip-off Tuesday night.

“While I’m playing in the game, I will be able to drink water and eat food,” Kanter said. “I might have someone get a peanut butter and jelly sandwich on the bench for me to eat in timeouts.”

Portland: The Blazers missed their first five shots and fell behind 9-2, setting the tone for a tough night. … Lillard had a shot at a four-point play in the first half but missed the free throw, continuing his struggles from the stripe. … The teams hollered at each other after Jokic took offense what he felt was an excessive shove from Meyers Leonard in the closing minutes. Officials called Leonard for a flagrant 1 foul for excessive contact.

Denver: Coming off back-to-back 34-point games, Jamal Murray followed up a scoreless first quarter with an 11-point second quarter. … Murray picked up a technical in the third quarter while demonstrating a move by Lillard to an official, who took offense.