Dan Patrick opens up about career, new 20,000-square-foot studio: ‘I don’t think I was ever myself at ESPN’ 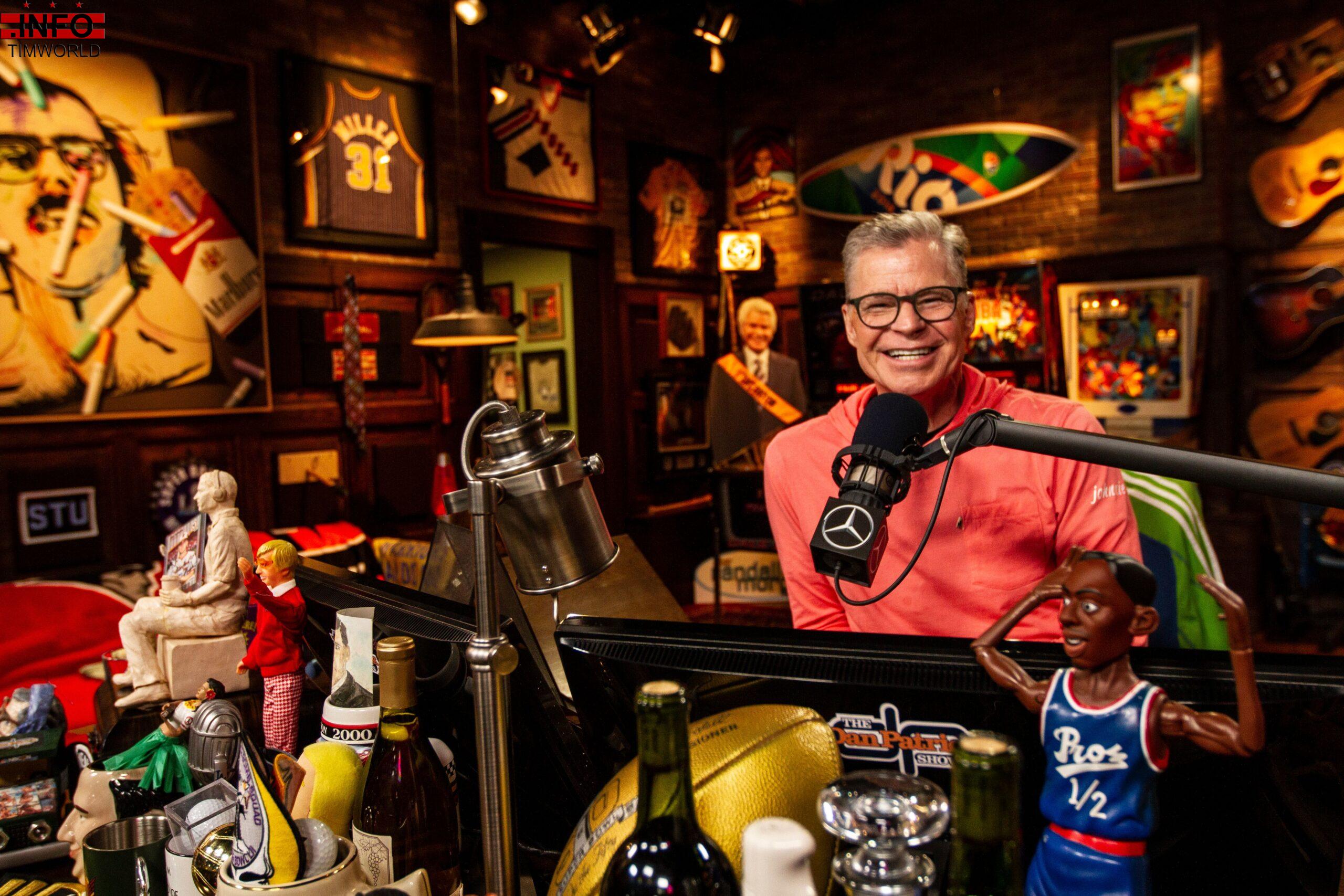 MILFORD, Conn. — The sprawling set now housing the Dan Patrick Show is a far cry from its humbler architectural roots. It began in an attic since turned back to guest rooms and then moved to a converted dance studio atop a sandwich shop and a bar.

The contrast is stark from then to today’s nearly 20,000 square feet. Among the additions in the expanded space are a basketball court, a golf simulator, two working bars, an outdoor grilling area and a converted garage with walls adorned with street art portraying what-could-have-been matchups — Michael Jordan pitted against LeBron James, for example.

“I wanted to have some toys in here,” Patrick said to USA TODAY Sports. “It’s like high school with money. They allowed me to come in and do what I wanted to do and they didn’t say no.”

The surrounding pieces have largely remained the same. The various knickknacks and memorabilia amassed over the years by Patrick, a self-described hoarder, still line the studio walls. Movie posters, pennants and signed jerseys. Books, promotional material and helmets. The somewhat indescribable, such as the cast of Fergie’s bust bearing the pop singer’s signature above a personalized message: “Breast wishes,” it reads.

“People will tune in each day to see sort of the tchotchkes that I have,” said Patrick.

Debuting in this current iteration in 2007 — Patrick previously hosted a similarly titled program while at ESPN — the daily, three-hour show airs on SiriusXM and in national syndication while being simulcast on AT&T Audience Network. Compared with his time at ESPN, the show is “more reflective of me,” Patrick said.

It’s allowed for the sort of personal moment that made headlines last week, when Patrick announced on the air that he has been dealing with polymyalgia rheumatica, a painful inflammatory disorder that causes joint pain and stiffness. Before finding a more tolerable treatment, Patrick took Prednisone, which helped with pain but included “horrible” side effects, he said.

“I was depressed, I had suicidal thoughts, I was emotional, I’d cry for no reason, the smallest things.”

The ESPN radio show included lines Patrick couldn’t cross, “because it was controversial, or because it crossed the line with our partnerships,” he said, citing as one example the network’s short-lived dramatic series Playmakers, which network executives told Patrick not to discuss on his show.

“I don’t think I was ever myself at ESPN,” he said of his 18-year tenure at the network, which ended in 2007. After leaving the network, Patrick joined NBC Sports as a co-host for the network’s Sunday Night Football programming and helped anchor NBC’s coverage of the 2012 London Games.

“I always feel that if I’m not enjoying it or getting better then I shouldn’t be doing it. And that’s really why I didn’t want to continue doing SportsCenter. I just wasn’t getting any better. There was something missing there. I had gotten complacent. I didn’t want to be a caricature and I didn’t want to mail it in, and I felt like I was. I needed really a jolt of reality.”

When it comes to his daily show, which debuted three months after his departure from ESPN, “I have not had more fun than this,” Patrick said. “Even in the great days of SportsCenter. This is fun. And I wouldn’t do it if it wasn’t fun.”

It was with SportsCenter that Patrick and co-host Keith Olbermann created the model for a burgeoning sort of sports commentator: smart, witty, opinionated and slightly caustic. The show’s unbuttoned approach berthed a cottage industry of imitators.

If game-changing and wildly influential for its time, that period of SportsCenter seems demure in comparison to the right-versus-wrong contests that now populate daytime sports television. There’s still a line connecting one era to the next: Patrick’s tenure on SportsCenter helped to create a form of sports discourse that over time has led to the popularity of debate-centered shows such as Around the Horn and First Take.

“Blame (PTI hosts) Mike (Wilbon) and Tony (Kornheiser), they created this mess, not us,” joked Patrick. “They did it in a way that was intelligent. It wasn’t sensationalistic. I think there were more knockoffs on that than there were on what Keith and I did.”