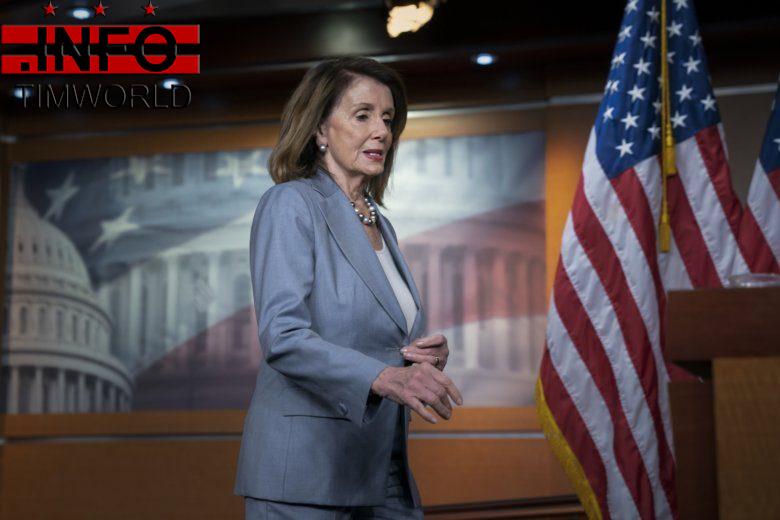 WASHINGTON (AP) — Democrats call it a “constitutional crisis.” But is it?

Stunned by the extent of the White House’s blanket refusal to comply with oversight by Congress, the Democrats warn that the Trump administration is shattering historic norms and testing the nation’s system of checks and balances in new and alarming ways.

It’s not just the House’s fight with the Justice Department over the release of special counsel Robert Mueller’s report. The standoff involves President Donald Trump’s unwillingness to engage with dozens of Capitol Hill probes of his tax returns, potential business conflicts and the running of the administration — from security clearances for his family to actions he’s taken on his own on immigration.

It’s a confrontation that’s only expected to deepen now that Mueller’s work is finished and the investigation focus shifts to Capitol Hill.

Trump derides the probes as “presidential harassment.” Republican Senate leader Mitch McConnell tries to declare it all “case closed.” But Democrats warn that without the legislative branch staying on the case, keeping watch, any executive becomes more like a “monarchy” — or “tyranny” — that doesn’t have to answer to the representatives of all Americans.

“Will the administration violate the Constitution and not abide by the requests of Congress in its legitimate oversight responsibilities?” asked House Speaker Nancy Pelosi on Thursday.

“Every day they are advertising their obstruction of justice,” she said. “We’re not talking about isolated situations. We’re talking about a cumulative effect of obstruction the administration is engaged in, and the president has warned that he is not going to honor any subpoenas from Congress.”

Struggles between the executive and legislative branches are nothing new. The House voted to hold George W. Bush administration officials in contempt over an investigation into the firing of U.S. attorneys. Barack Obama’s attorney general, Eric Holder, was found in contempt over an undercover gun-running operation.

But those were specific cases. The difference, say historians and legal scholars, is that Trump has announced he will essentially ignore all oversight requests from Congress.

Congressional experts say a big risk is setting a precedent that goes way beyond Trump. What happens, for example, if an administration stonewalls Congress on information it wants for an investigation of air or water quality rules — or anything else? Can the White House just say no?

“We have a big problem,” said Julian E. Zelizer, a Princeton University professor who studies history and public affairs.

Trump’s new stance, at the end of the Mueller investigation, comes as the president faces a divided Congress for the first time. Democrats talked of being a check on him when they took control of the House in January, upsetting the calm he enjoyed during two years of friendlier relations with Republicans in charge of both chambers.

Zelizer said with Trump “aggressively flexing power to shut down oversight capacity of another branch,” it’s “unclear who and how this is resolved, especially with Senate Republicans standing by their man.”

Asked if this is a constitutional crisis, Zelizer said, “I think we are looking at one.”

Jack Balkin, a Yale Law School expert on the Constitution, won’t go that far, but he said the Democrats are describing a real problem.

“There is a breakdown in constitutional norms that keep the republic going,” Balkin said. “In an ordinary world, you just have negotiations over subpoenas. It happens all the time. Congress and the president work it out.”

After talks broke down this week between the House Judiciary Committee and the Justice Department over the panel’s subpoena for the full Mueller report, the committee voted to recommend that Attorney General William Barr be held in contempt of Congress.

Lawmakers want to see a less fully redacted version of the publicly released 448-page document on Russian interference in the 2016 election. They say they need to know what’s in the hundreds of fully or partly blacked-out pages that were publicly released to better understand how to protect elections from future interference. Barr says he tried to accommodate the request as much as he could before asking Trump to invoke executive privilege to enable him to block it.

While there’s no direct oversight written in the Constitution, the House historical website says it’s implied in Article 1 that gives Congress “all legislative powers,” with investigations intended as a way to seek necessary information for that purpose.

Underscoring that, the Supreme Court ruled nearly 100 years ago that “the power of inquiry — with process to enforce it — is an essential and appropriate auxiliary to the legislative function.”

Saikrishna Prakash, an expert on presidential power at the University of Virginia, said he doubts that Trump will carry out a total refusal to participate in congressional oversight.

“If you want to have an oversight hearing on EPA and a clean water rule, they’re probably going to send someone,” Prakash said. “The president doesn’t care about that. He cares about the Russia investigation and obstruction, and he cares about an investigation into his personal finances.”

The president’s advisers say part of Trump’s strategy is to slow-walk his legal battles with Congress in court, seeing an advantage for the 2020 campaign. His public arguments are more political than legal: He portrays the Democrats as “unhinged.”

Democrats, though, believe the public is on their side in pursuing oversight of Trump.

Rep. Jerrold Nadler of New York, chairman of the Judiciary Committee, said the White House is “stonewalling the American public from all information and this cannot be. We cannot have a government where all the information is in the executive branch.”

He said, “It’s an attack on the essence of our democracy and we must oppose this.”