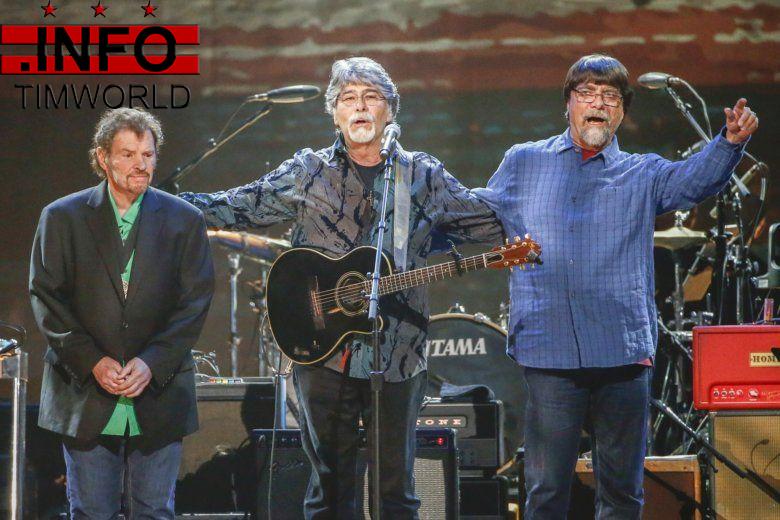 NASHVILLE, Tenn. (AP) — Country band Alabama is extending their 50th anniversary tour this year with 29 more shows, including a show with The Beach Boys and additional dates in Ontario, Canada.

The Grammy-winning band embarked on a major arena and amphitheater tour this year to mark their anniversary. Randy Owen, Teddy Gentry and Jeff Cook formed the group in 1969 in Fort Payne, Alabama, and went on to dominate the sound of country music in the 1980s and ’90s, scoring dozens of No. 1 hits, including “Mountain Music” and “Dixieland Delight.”

They’ve sold more than 46 million records in the United States, according to the Recording Industry Association of America, and were inducted into the Country Music Hall of Fame in 2005.

Cook announced in 2017 that he had been diagnosed with Parkinson’s disease and that he would have to limit his touring, performing only as his health allows.

“Randy, Teddy and I have been overwhelmed by the support the fans have given us, and especially me since my Parkinson’s diagnosis,” Cook said in a statement. “The only reason for this is because we want our music to live on and we love our fans.”

The second leg of the tour will continue through November and includes a concert at Bristol Dragway, a racetrack in Tennessee, as well as concerts in Baltimore; Indianapolis; Birmingham, Alabama; Grand Rapids, Michigan and more.

Gentry told The Associated Press that the response from fans to the anniversary tour has been better than expected.

“A lot of the kids that are coming to the show weren’t even born when we first started having hits,” Gentry said.