Comey: ‘No doubt’ Trump would be charged with obstruction if not president 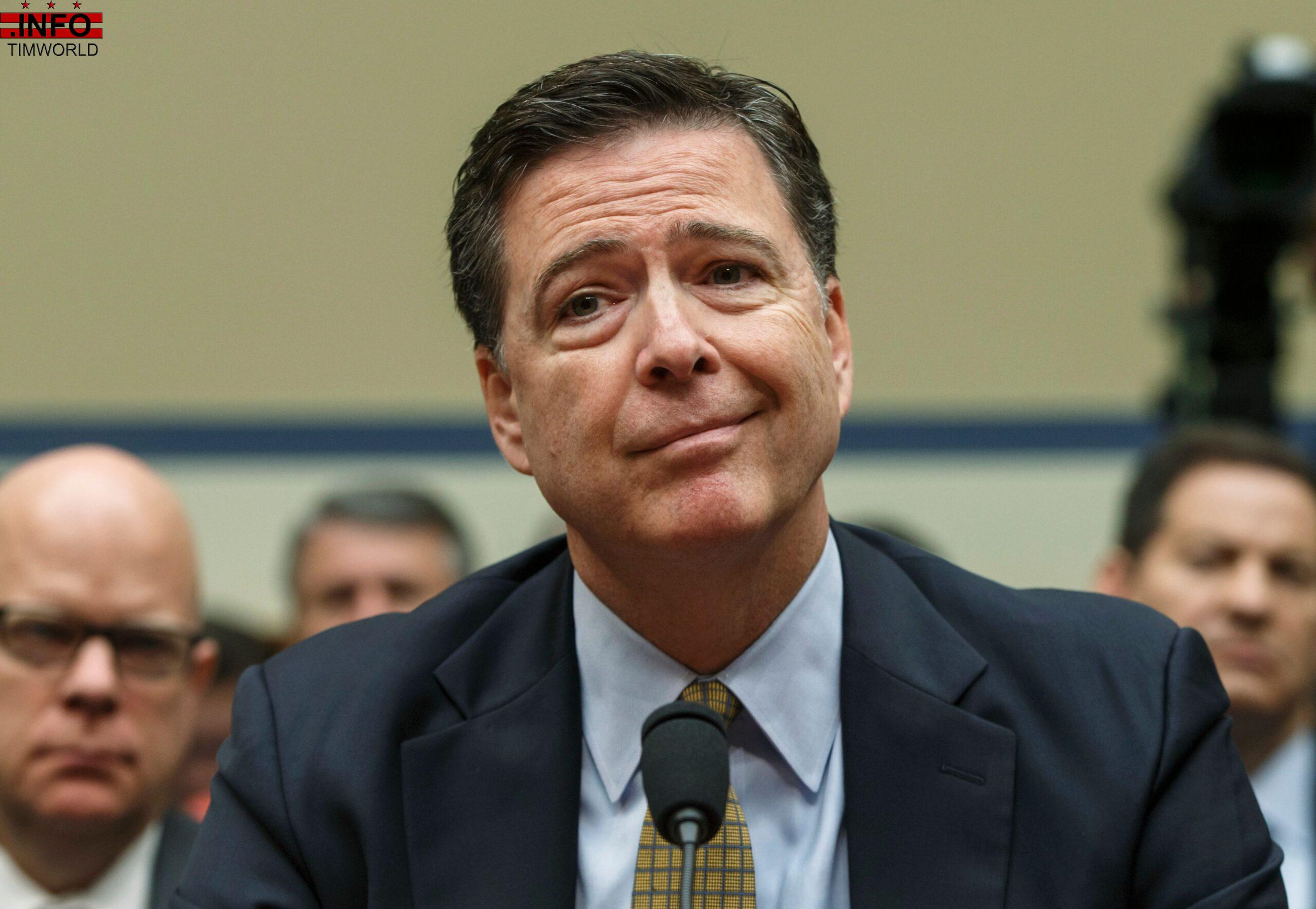 WASHINGTON — Former FBI Director James Comey said Thursday that Donald Trump would have been charged with obstruction of justice if he was not a sitting president, based on the findings in special counsel Robert Mueller’s Russia probe report.

The comment came in a roughly one-hour long town hall broadcast on CNN, where Comey touched on a number of issues, including whether he will run for office and his thoughts on how best to respond to school shootings.

Moderator Anderson Cooper asked the former FBI director if he agreed with an open letter signed by hundreds of former federal prosecutors declaring that Trump would have been charged with obstruction if he wasn’t currently the president.

“I agree,” Comey said before affirming his view with “no doubt” when questioned again by Cooper. Comey pointed out that Muller laid out 10 different episodes in his report that would have supported an obstruction charge.

Comey added that the episodes he thought were most likely to be the basis of an obstruction charge against Trump weren’t the ones involving him but others detailed in the report. He pointed to former White House counsel Don McGahn being asked by Trump to fire Mueller, which McGahn refused to do.

So, Comey said, the question is whether Trump acted with the corrupt intent required to support an obstruction charge. Comey said “it sure looks like” Trump had the necessary criminal intent to charge him with obstruction of justice.

Here are some more top moments from Comey’s town hall:

Comey pushed back against Attorney General William Barr’s statement that there was “spying” by the FBI of Trump’s 2016 campaign.

“The only explanation I can think of is he used it because the president uses it, which is really disappointing,” Comey said of Barr’s word choice.

Barr last month told senators, without providing evidence, that Trump’s 2016 campaign was spied on. Comey, however, said that Barr “knows better than that,” adding that the FBI cannot conduct electronic surveillance without getting a warrant from a federal judge.

Comey also said that the FBI did not spy when asked about a recent report by the New York Times that details how an undercover U.S. intelligence official tried to probe George Papadopoulos on possible ties between Trump’s 2016 campaign and Russia. At the time, Papadopoulos was a junior foreign policy aide to the campaign.

“I’m not going to comment on a particular investigative step, because that’s for the bureau to do and I’m not in the government any longer,” he also told the audience. “But the FBI doesn’t spy to begin with. The FBI investigates.”

The former FBI director said that the reported encounter happened during a time when the U.S. was alerted that “the Russians were engaged in a massive effort to attack our democracy” and there had been talks before that point between a Russian representative and an adviser on Trump’s campaign about “dirt” Russians had on Hillary Clinton, the 2016 Democratic presidential nominee.

“We all should have been fired if when we learned that, we didn’t investigate to figure out is there a connection between any Americans and this Russian effort,” he said.

In addition, Comey said that the FBI took the proper steps to investigate that tip.

“We acted in a responsible, limited and constrained way,” he said. “I’m proud of the way we conducted ourselves.”

For 2020, Comey said he believes Russia will continue to pursue its primary goal.

“Going into 2020, their goals, my common sense tells me will be, to continue their overarching goal, which is to damage the United States of America,” Comey said.

He added that he believes Russia will also work to support Trump and help the president get re-elected “because surely they think they’ll do better with someone who jokes on the phone with Vladimir Putin that the Russia thing is a hoax than they will with whoever else might be president.”

Comey also left open the possibility that Russia has some kind of leverage over Trump. When first asked by Cooper, Comey said: “I don’t know the answer to that.”

When asked whether it’s possible the Kremlin has leverage over the president, Comey said: “Yes.”

The moral case against Trump

The former FBI director repeatedly spoke out against Trump during the town hall, highlighting what he called Trump’s penchant for lying and his amorality.

“You cannot have a president who is a chronic liar,” he said, later adding that Trump is an “amoral leader.”

“The president of the United States cannot be someone who lies constantly,” Comey also said Thursday night.

In addition, Comey stood by an op-ed he wrote in the New York Times where he claimed that Trump “eats your soul in small bites.”

He maintained that he believes Barr has “lost most of his reputation with the way he’s conducted himself” since Mueller submitted his report to the attorney general.

Barr summarized Mueller’s 448-page report in a 4-page memo to Congress. He later released a redacted version of the report, but Democratic lawmakers are urging the Justice Department to release an unredacted version and the report’s underlying evidence.

Despite the president’s conduct, Comey said he doesn’t believe Trump should be impeached. Instead, he said he believed it would be better if voters across the political spectrum came together to deny Trump a second term out of a shared sense of fundamental values.

“I kind of hope there isn’t an impeachment because I think it will leave us in a situation where we’re kind of off the hook,” Comey said. “We need an election where the American people stand up and say … we have something in common that’s not negotiable. Our president must reflect the values of this country.”

Will he run for office?

Comey had one simple answer when asked whether voters would ever see his name on a ballot: “No, never.”

While he said seeking elected office is not in his future, he also said he admires “good people” who do run. On April Fools Day, Comey joked that he was jumping into the already crowded Democratic presidential field. He later noted that it was just a prank.

Say ‘no’ to arming teachers

Comey weighed in on the school shootings debate.

Just this week, one student was killed and seven others injured after a shooting at a K-12 STEM school in Colorado.

Speaking from his FBI experience, Comey said that there needs to be a better job connecting educators, law enforcement and the mental health community. He said there needs to be a process to identify “troubled souls” earlier and to then get them the help they need.

He also pushed back on a suggestion from President Trump to arm teachers to protect their students from school shooters. The president proposed the controversial move in the aftermath of the Stoneman Douglas High School shooting in Parkland, Fla.

“The answer in my experience, as someone that’s been around firearms most of my life, is not to arm teachers,” Comey said.

The town hall took place two years to the day after Comey was abruptly fired by the president when he was not in Washington, but across the country in California.

Comey said he was speaking with custodial staff at the FBI bureau in Los Angeles, when he looked up and saw CNN reporting that he had resigned. Then the cable network said he had been fired.

“I was numb because I didn’t expect to be fired,” he told Cooper.

After shaking all of the staff’s hands that day, Comey said he walked across the room and the first call he took was from his wife.

“‘Have you been fired? The kids say it’s all over the internet,'” Comey said he remembered his wife saying.

Comey said he later found out that someone was at his office on Pennsylvania Avenue in Washington with a letter from the president while he was on the other side of the country learning on TV that he’d been let go. Despite his icy relationship with Trump, Comey said he never anticipated that he would be axed.

“It still feels a little bit numbing, frankly, and like it happened yesterday and a lifetime ago,” he said.