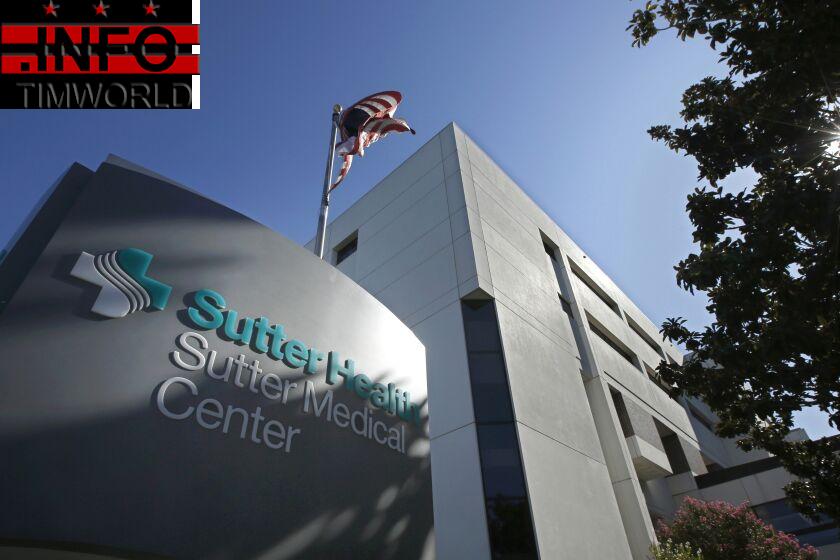 The gargantuan proposed $24.6-billion merger of supermarket behemoths Kroger and Albertsons is being touted by the merger partners as a boon to consumers.

“We will take the learnings from each company to bring greater value and a better experience to more customers, more associates and more communities,” Kroger Chief Executive Rodney McMullen told analysts and investors in a conference call Friday after the deal was announced.

McMullen didn’t explicitly say that would mean lower prices, but it would be a rare shopper who didn’t think that “greater value and a better experience” meant anything other than paying less at the checkout counter.

Some analysts said the merger of the largest and second-largest supermarket chains would allow them to compete better with the biggest grocery retailer of all, Walmart, and the rapidly upward-scuttling Amazon, the owner of Whole Foods.

But haven’t we heard all this before?

Cable, media and telecommunications companies always promised that their mergers would bring lower prices and more choices for the audience.

When AT&T completed its acquisition of Time Warner in 2018, AT&T CEO Randall Stephenson pledged that the deal would allow the companies to “offer customers a differentiated, high-quality, mobile-first entertainment experience…. We’re going to bring a fresh approach to how the media and entertainment industry works for consumers, content creators, distributors and advertisers.”

Comcast promised that its 2011 merger with NBCUniversal would open the doors to a paradise of free choice at popular prices. The company also promised that it would do nothing like favoring its own content on its own internet networks.

Did any of that happen? Do you feel you’re spending less for video and internet and getting more? Me neither.

The same goes for healthcare mergers, which also are always pitched as routes to better technology and lower fees. As I’ve observed in the past, hospital and health insurance mergers almost always lead to higher costs, lower efficiencies and less innovation. The reason is simple: Mergers reduce competition — and it’s competition that drives down prices and encourages more efficiency and innovation.

Back in 2004, the merger of Woodland Hills-based WellPoint into Indianapolis-based Anthem was to produce immense savings from combining the health insurance companies’ computer systems and allowing customers’ medical data to be exploited for their benefit across the new company’s vast reach.

Never mind that WellPoint Chairman and Chief Executive Leonard Schaeffer was in line to pocket $37 million from the deal plus a lump-sum payout of $45 million in accrued pension rights. We’re still waiting for the technological benefits of the WellPoint-Anthem deal to appear after 18 years. But that didn’t stop CVS and Aetna from making the same claim when they announced their merger in 2017.

A 2016 study by USC found that the domination of California’s hospital market by two big systems that grew by acquisition, Sutter Health and Dignity Health, not only drove up prices everywhere their institutions were located but also allowed even nonaffiliated hospitals to charge more.

All these deals have been more or less waved through by the Federal Trade Commission. It’s encouraging that the current FTC and its chair, Lina Khan, are talking and acting much tougher than previous iterations of the agency. But the Albertsons-Kroger deal will be a major challenge.

Kroger is the owner of Food4Less and Ralphs in California, as well as 26 other store brands. Albertsons owns Safeway, Vons, Pavilions and 12 other brands. That’s a big marketing landscape to come under a single owner.

“There is no reason to allow two of the biggest supermarket chains in the country to merge — especially with food prices already soaring,” says Sarah Miller, executive director of the American Economic Liberties Project.

“With 60% of grocery sales concentrated among just five national chains, a Kroger-Albertsons deal would squeeze consumers already struggling to afford food, crush workers fighting for fair wages, and destroy independent, community stores,” Miller says. “This merger is a cut-and-dry case of monopoly power, and enforcers should block it.”

The possibility exists that the supermarket merger will create yet another oligopoly to go with the monopolistic inputs that have helped push food prices higher, says former Labor Secretary Robert Reich, who now teaches at UC Berkeley.

“At a time when grocery prices are soaring, in part because of monopolies in the food chain, this merger makes no sense,” Reich told me by email. “The current food inflation has two sources: (1) Grain prices have been increasing around the world because of grain shortages brought on by the war in Ukraine and climate change. (2) Domestic monopolies in seeds, fertilizer, and food processing have used the cover of inflation to raise their prices higher than their increasing costs — including the costs of agricultural commodities, labor and transportation.”

As Reich points out, corporate profit-seeking is a seldom-cited contributor to consumer inflation. Wages have crept higher over the last year, but the increases have trailed inflation, which is why so many workers and their families are feeling the sting of higher prices. Corporate profit margins, however, have rocketed into the stratosphere, outpacing the inflation rate and pulling it higher.

“Firms in the U.S. increased their markups and profits in 2021 at the fastest annual pace since 1955,” economists Mike Konczal and Niko Lusiani of the Roosevelt Institute reported in June.

It’s only fair to observe that supermarket companies traditionally earn a much lower profit margin than those in most other industries — Kroger’s operating margin last year was 3.5% on sales of $137.9 billion; at Albertsons the figure was 3.4% on sales of $71.9 billion.

McMullen told analysts he would use the estimated $500 million to $1 billion in annual savings created by the proposed merger to lower shelf prices, remodel stores and improve worker wages and benefits.

But the companies said they would also pay a $4-billion special dividend to Albertsons shareholders, so it would seem that shareholders will be getting most of the gains.

It’s widely assumed that the companies will have to sell some stores in regions where their merger would otherwise shrink competition. For anyone curious about how that may work out, notwithstanding the promises of the executives who are flogging it via press releases, there’s a precedent. It’s about as sickening as finding a nest of spiders in your banana bunch. It involves (wait for it…) Albertsons, which in 2014 cut a deal to acquire Safeway for $9.4 billion.

The FTC ordered the companies to divest 168 of the 2,400 stores the merged company would own, mostly in the West. More than 140 were acquired by Haggen Holdings, an 18-store chain in the Pacific Northwest that was owned by a Florida private equity firm.

As it turned out, Haggen was utterly ill-equipped to grow nearly 10-fold overnight. Within months it was laying off workers, and before the year was out it had filed for bankruptcy. Haggen put 100 of the stores back on the block, and 33 of them were bought back by Albertsons — for about one-fifth, on average, of what it had sold them for. The company’s winning bid for some stores was $1 each.

When the smoke cleared, a divestiture that the FTC had ordered to preserve competition ended up eliminating all competition in some communities. One place that got a lot of media attention was Baker City, in western Oregon. Baker City had started out with a Safeway and a Haggen, which competed with each other. After the various ownership flips, it still had two stores, but both owned by the same company.

Baker City looks like the future for communities with Kroger and Albertsons stores. They should be prepared for fewer and smaller competitive price cuts, less choice on the shelves, fewer clerks on the floor, a worse experience for shoppers any way you cut it. That’s not to say that McMullen’s promises might not come to pass, only that experience teaches us that it’s not the way to bet.