Column: Red wave vs. blue wall: Will California save or sink Democrats in November? 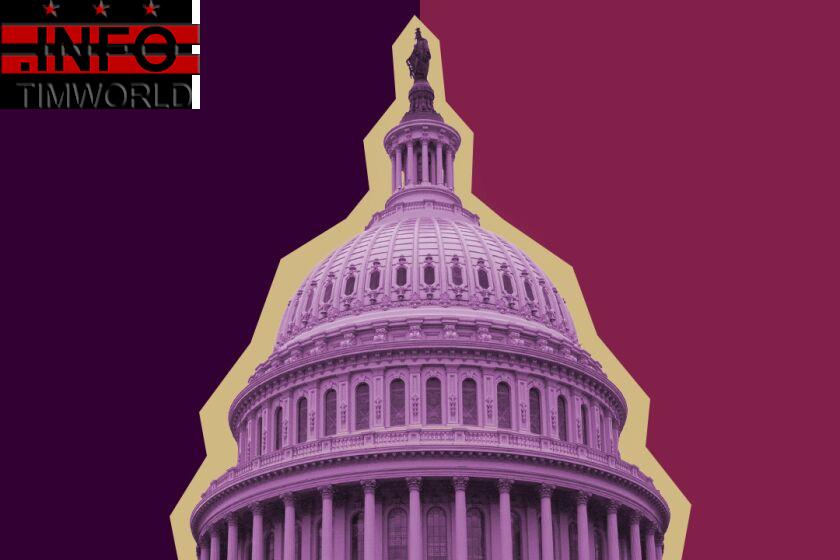 When it comes to national politics, California is the one state that is truly indispensable to Democrats.

Any shot at the presidency starts with its 54 electoral votes, fully one-fifth the number needed to win the White House.

Each year countless candidates come to quarry untold millions from the rich veins of campaign cash running through Hollywood, Silicon Valley and the hilltop mansions of San Francisco.

And it is California where Democrats once more turn in hopes of salvaging their hang-by-a-fingernail control of the House, or at least minimizing their losses on Nov. 8. Republicans need to flip just five seats nationwide to take control and usher Speaker Nancy Pelosi into retirement.

California has, by far, the most House seats of any state, 52. Most incumbents are waltzing to reelection. But there are 10 House races that are at least somewhat competitive. With three weeks until election day, and early voting underway, a handful look as though they might go either way.

Barring the unexpected, the outcome is not likely to register high on the political Richter scale. “I could see either party gaining a couple of seats,” said David Wasserman, a leading campaign analyst with the nonpartisan Cook Political Report with Amy Walter.

It’s a fool’s errand trying to predict election results. (Stop looking at me like that.)

But there is an unmistakable whiff of concern, if not quite panic, emanating from Democrats who have long seen California as a breakwater should a feared Republican wave sweep the country.

A trio of neophyte GOP lawmakers — Michelle Steel and Young Kim in Orange County and Mike Garcia in northern Los Angeles County — all appear in better shape than earlier in the election cycle, thanks in good part to a barrage of advertising financed by outside groups.

Garcia, who beat Democrat Christy Smith by just 333 votes in 2020, has been a top target of the party since going full-on Trump in a district that has become even more Democratic as a result of redistricting. But Democrats recently pulled back on their spending in the race, leaving Smith to largely fend for herself in a rematch against Garcia.

“The No. 1 factor here is money,” Tom Persico, executive director of the Democratic Congressional Campaign Committee, told Politico of the struggle to match Republicans dollar for dollar.

Strategists for both parties agree the most competitive race in California, and the seat likeliest to change hands, is in the San Joaquin Valley, where Republican Rep. David Valadao is battling Democratic state Assemblymember Rudy Salas Jr.

Valadao, who broke with most in the GOP to support President Trump’s impeachment, was ousted in the Democratic wave year of 2018, but reclaimed his congressional seat in 2020. Democrats enjoy a significant registration advantage in the 22nd Congressional District and, in Salas, boast a candidate they have sought to recruit for years.

But Republican House leader Kevin McCarthy, of nearby Bakersfield, is personally close to Valadao and has made saving his seat a priority. The national party and its allies have spent accordingly.

The other toss-up in the state, both sides agree, appears to be the race for an open seat in the Central Valley representing a new district, the 13th, which touches on the edge of the Bay Area. Republican John Duarte, a farmer and owner of a family nursery business, faces Democratic Assemblymember Adam Gray.

In 1994, Republicans gained 54 seats nationwide to take control of the House for the first time in more than 40 years. That included a pickup of four California seats.

In 2010, by contrast, Republicans gained 63 seats nationwide but zero in California, a result of the incumbent-protection map the two parties shook hands on when they redrew political lines following the 2000 census.

Spurred in part by that act of naked self-interest, voters took the map-making process away from politicians and turned it over to an independent commission, which helped produce today’s panoply of competitive races.

California prides itself on being a place apart. But, in truth, it moves to many of the same political rhythms as elsewhere.

Democrats hope the Supreme Court decision overturning Roe vs. Wade and a ballot measure, Proposition 1, enshrining the right to abortion in the state constitution will swell the turnout of Democratic-leaning women as well as younger voters.

Republicans want to center the election on crime and inflation; the latter isn’t hard to do with eye-watering prices at the gas pump and grocery stores.

Though the abortion issue is abstract to some, “Democrats are at risk of being held responsible for significant day-to-day issues voters are either experiencing or seeing on their television,” said Nathan Gonzales, another top campaign analyst and publisher of the nonpartisan political guide Inside Elections.

For well over a century and a half, the party in control of the White House has typically lost congressional seats in the midterm election. Since the end of World War II, the average has been 27 House seats.

California isn’t likely to save the Democratic majority. But the results here could spell the difference between bad and worse for House Democrats and a party leader, Pelosi, who calls the state home.