Column: Matt Eberflus’ desire for physical play may be a good sign for Khari Blasingame — and the fullback’s return to the Chicago Bears 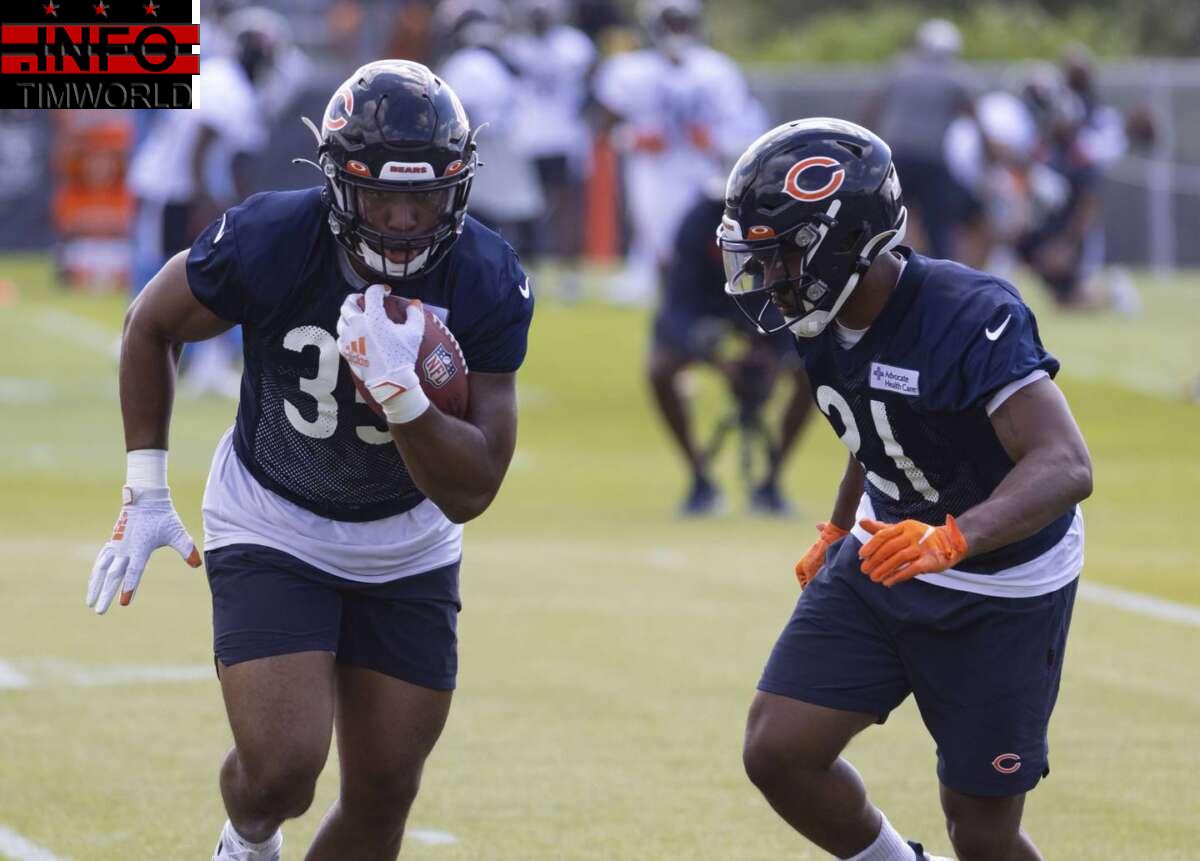 You don’t have to listen to Matt Eberflus for long to sense that he sold Chicago Bears general manager Ryan Poles and Chairman George McCaskey on the idea of building a tough, rugged football team.

Eberflus mentioned the wide receivers after practice Wednesday, and the first three things he cited were their energy, size and physical blocking on the perimeter.

He talked about the need for his cornerbacks to be skilled tacklers, quipping, “There are no house guests here.”

So it stands to reason that a coach who says, “We can’t live soft and play hard,” would want a fullback on his roster. The Bears haven’t carried one full time since the 2018 season.

Competing for a roster spot is Khari Blasingame, who spent the previous three seasons clearing paths for Derrick Henry with the Tennessee Titans. Blasingame is the only fullback on the 90-man training camp roster, but that doesn’t mean he won’t need to prove his value to earn a spot. Basically he’s battling against a potential extra tight end.

He has shown some versatility, making a twisting reception deep down the sideline Monday at Halas Hall. After two days of practices in full pads, he has had a better opportunity to show the coaching staff how he can help running backs David Montgomery and Khalil Herbert.

“That’s my real job,” Blasingame said. “Shorts and shirts football, you’re learning what you need to do. Now it gets a little more violent. Step it up a notch.”

The 6-foot, 233-pound Blasingame became a free agent when the Titans did not tender him as a restricted free agent. He played only 80 snaps in 11 games last season as a knee injury slowed him, but he’s healthy now. He had a couple of options as a free agent, but conversations with Bears offensive coordinator Luke Getsy made it an easy decision.

“This was the best fit — by far,” he said. “It felt right from the first call. He had an idea of what he wanted to do and this was someplace I could put in the work and earn the job. His vision and just what he wanted out of the offense, period, sounded good.”

Some offenses that utilize outside zone running schemes have productive fullbacks. Kyle Juszczyk of the San Francisco 49ers and C.J. Ham of the Minnesota Vikings are good examples from recent seasons. The Bears have watched film of both as they study what they want to do in their fledgling offense.

Blasingame was valuable on special teams for the Titans, playing 45% of the snaps in that phase the last two seasons. He was recruited to Vanderbilt as a safety and transitioned to linebacker before playing running back for three seasons, so he has a defender’s mentality.

The Bears used fullback Michael Burton sparingly in 2018, Matt Nagy’s first season, and then pretty much phased the position out of the offense. Tight end J.P. Holtz would moonlight in the backfield on occasion, and Montgomery had success running behind Holtz at times in the 2019 season, particularly against the Los Angeles Chargers.

I-formation runs give the tailback a road map of where to go. There is no dancing. You go straight downhill and hit the hole, and that kind of physical approach can highlight Montgomery’s strength — his ability to run through contact with balance.

[ [Don’t miss] Justin Fields says ‘there are going to be failures,’ but the QB stresses patience with the Bears offense ]

With unproven wide receivers, Getsy may choose to lean more on two-tight-end or two-back formations, which would create opportunities for Blasingame.

Two-back play action is the best thing going. If you don’t have a downhill hammer as a fullback — and those guys are pretty much extinct — you’re looking to create a Juszczyk-type player who can block well enough at the point of attack and make an impact catching the ball out of the backfield. The fullback needs to be able to motion out of the backfield and be used in misdirection bootleg plays. Two backs allows the offense more opportunities for misdirection without having to use jet motion.

Blasingame knows he has to earn the trust of quarterback Justin Fields, and that starts with being in the right place on time, every time. Acrobatic receptions downfield like he had earlier this week will only help.

The fullback adds a physical element to the offense, and Eberflus is able to consider the value of the position through the eyes of a defensive coordinator.

“When you can have a fullback or a tight end that can play that position, that was always one of my questions early in the week defending guys, can (the tight end) play the fullback spot?” he said. “Because it creates more gaps in the running game when you have that lead back in there, and you certainly have to be mindful of that defensively.

Blasingame remains hopeful for the opportunity to open holes for the running backs and make a few plays in the passing game.

“I love the way they work,” Blasingame said. “I love them as people off the field. It’s really cool when you can jell with your people. I really like going to work with these guys because they always bring energy. I just know when it gets hard, they’re going to be there.”