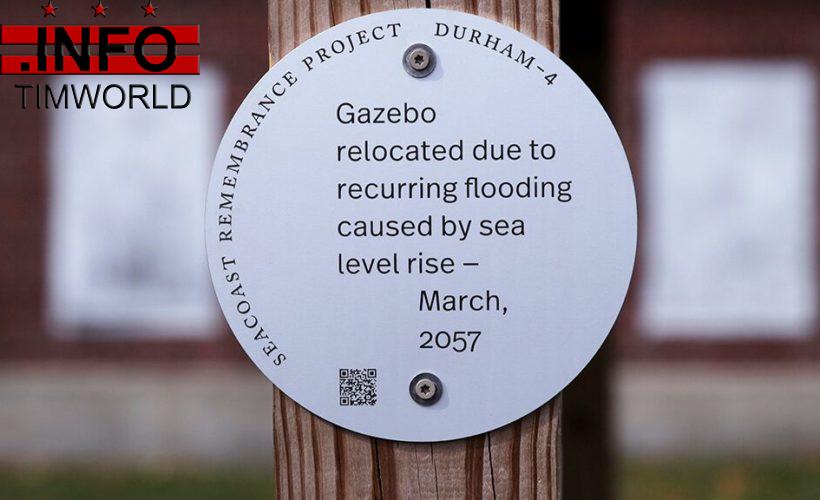 An artist in New England is using climate change as his inspiration.

Northeastern University’s Thomas Starr came up with the time-travel project known as “Remembrance of Climate Futures.”

He has placed plaques around towns to draw attention to the potential effects of climate change: the increasing frequency of weather disasters, heat waves, droughts, powerful storms, flooding and other problems, as The Associated Press reported.

These dinner plate-size signs have detailed events such as rising sea levels — and an explosion of events of calamity that actually haven’t happened yet.

It’s written from the perspective of someone in the 22nd century looking back.

“The concept is to just really take that information that is on the websites and package it in a way to insert it into the landscape where people will bump into it,” he told The Associated Press.

He has placed 11 plaques in Durham, N.H., six in Essex, Mass., and is planning to install some in Cambridge, Mass., as well.

He said his goal has been to counter American apathy.

“We read on the news about the Arctic ice caps melting and impacts on polar bears,” said Durham’s Town Administrator Todd Selig. “But that is very hard for someone in Durham, New Hampshire, going about their busy life to relate to and to grasp.”

“It’s a good thing. At least we can say to our grandchildren that we did something,” said Adam Perkins, a tow truck driver from Durham, who was looking at a renewable energy plaque at the town hall recently.

The Associated Press contributed to this report.