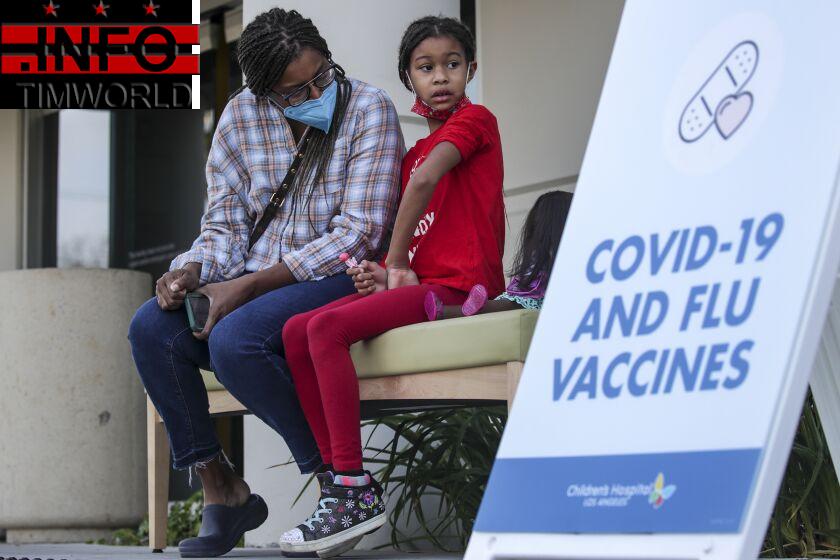 China’s biggest city, Shanghai, started administering an inhalable COVID-19 vaccine Wednesday in what appears to be a world first.

The vaccine, a mist sucked in through the mouth, is being offered for free as a booster dose for previously vaccinated individuals, according to an announcement posted on an official city social media account.

Needle-free vaccines may persuade people who don’t like getting a shot to get vaccinated, as well as help expand vaccination in poor countries because they are easier to administer.

China doesn’t have vaccine mandates but wants more people to get booster shots before it relaxes strict pandemic restrictions that are holding back the economy and increasingly out of sync with the rest of the world.

A video posted by an online Chinese state media outlet showed people at a community health center sticking the short nozzle of a translucent white cup into their mouths. Accompanying text said that, after slowly inhaling, one man held his breath for five seconds, with the entire procedure completed in 20 seconds.

“It was like drinking a cup of milk tea,” one Shanghai resident said in the video. “When I breathed it in, it tasted a bit sweet.”

A vaccine administered orally could also fend off the coronavirus before it reaches the rest of the respiratory system, though that would depend in part on the size of the vaccine’s droplets, one expert said.

Larger droplets would boost defenses in parts of the mouth and throat, while smaller ones would travel farther into the body, said Dr. Vineeta Bal, an immunologist in India.

Chinese regulators approved the vaccine for use as a booster in September. It was developed by Chinese biopharmaceutical company CanSino Biologics as an aerosol version of the company’s one-shot adenovirus vaccine, which uses a relatively harmless cold virus.

Regulators in India have approved a nasal vaccine, another needle-free approach, but it has yet to be rolled out. The vaccine, developed in the U.S. and licensed to Indian vaccine maker Bharat Biotech, is squirted in the nose.

About a dozen nasal vaccines are being tested globally, according to the World Health Organization.