‘Chicago Fire’: Kidd and Severide Are ‘Hotter’ Than Ever in Season 11, Producers Tease (Exclusive) 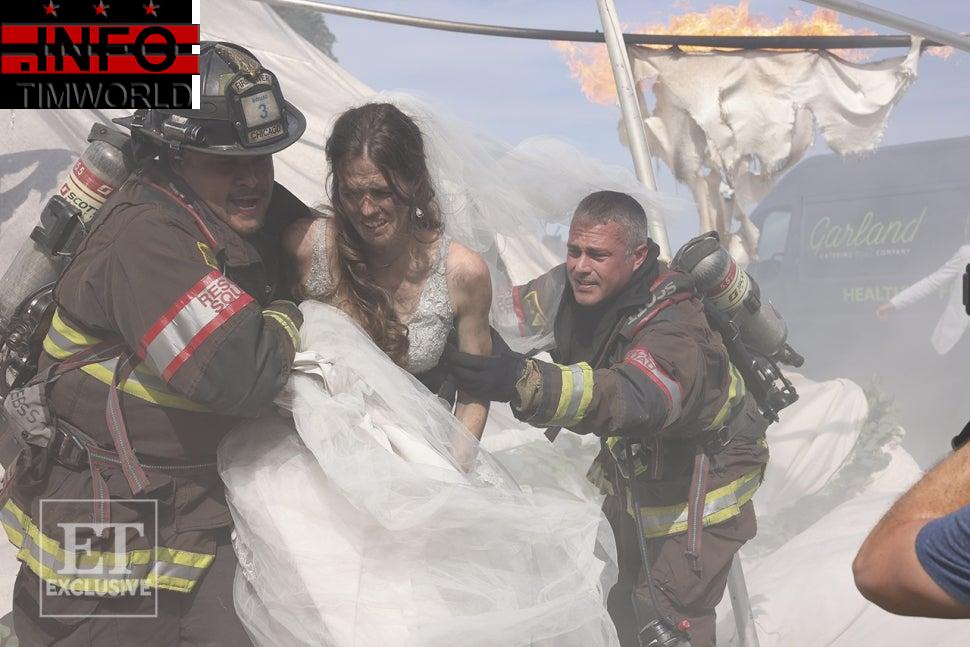 Chicago Fire kicks off its 11th season Wednesday and the stakes are higher than ever for the Firehouse 51 crew.

The jam-packed season opener, titled “Hold on Tight,” finds Stella Kidd (Miranda Rae Mayo) and Kelly Severide’s (Taylor Kinney) honeymoon interrupted by a dangerous person from their past. Meanwhile, Kidd’s former academy classmate, Sam Carver (Jake Lockett), joins the team at 51, setting up a tense reunion for the duo. On the romantic front, Sylvie Brett (Kara Killmer) and Violet Mikami (Hanako Greensmith) reflect on their complicated relationships — for Brett, with Casey, and for Violet, with Hawkins and Gallo.

“The great thing about a show that goes on as long as we have is that you get to chart the growth of these characters and move beyond the parameters that you put on them in season 1,” executive producer/co-showrunner Derek Haas tells ET. “He’s a playboy, she’s tight. He’s a daredevil, she’s can’t handle things all that well. But when you get to go this long you get to see, ‘Oh no, no, wait.’ All of those things that happened before have made her into the character that she is. All the past transgressions that he had have forged him into a greater character than he was before.”

“Those are the things in season 11 you’re going to get to see,” he continued. “Severide is not the guy he was since seasons 1 through 5. Brett is very different than she was when she was bawling her eyes out after a crazy paramedic call. She’s stronger than she’s ever been. That’s not to say that Severide and Kidd are going to be any less hot than they were.”

“Yeah, somehow they’ve gotten more hot,” she adds. “We were talking about the fact they both had terrible role model marriages in front of them from their own parents. They’re creating a totally different kind of relationship model and marriage than anything we’ve seen before. And it’s really, there’s a ton of heat to it and they’re just getting sexier and more intense with each other in this new dynamic.”

Reaching season 11, the producers note, means the characters that fans have come to know and love for over a decade have deepened and evolved, many of them entering new phases in their lives as they navigate marriage, new loves, career promotions and, in some cases, heartbreak.

“This season, the stakes really have never been higher in a lot of ways for all of our guys,” Newman teases. “The only way to pull through when that kind of tragedy strikes is to lean on each other. Our guys are our family, as we always say. And that’s how they make it through, being supported by each other.”

“I’m so excited about the first half of this season because as scripts come in and then as episodes come in, you just get super, super excited,” Haas says, pointing to episode 4 — written by Newman — as a highlight of the first half of the season, calling it “the best script I’ve seen in 11 years on the show.” “It really had everything that we do when we do it right, which is real emotion and real stakes forged onto these characters that you’ve come to know and love over all this time. [Episode] No. 4 is an epic one.”

Newman, in turn, called out the fifth episode, which is Chicago Fire‘s Halloween hour, as an equally entertaining one. “We have the stakes of [Chief] Boden wanting to pull off the best haunted house ever at 51,” she says. “Episode 5 is awesome Halloween-ness.”