Chicago Cubs rookie Hayden Wesneski pitches an immaculate inning, putting him in rare company: ‘It shows the kind of pitcher that he is’ 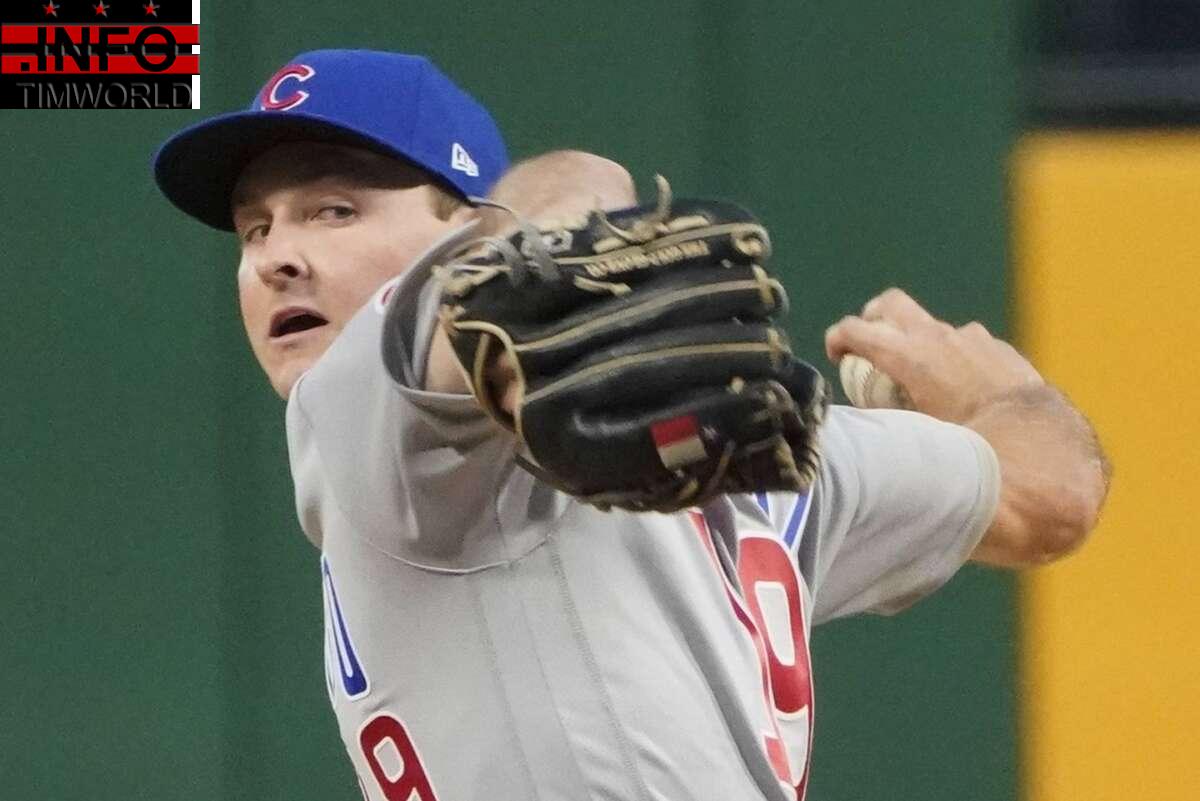 PITTSBURGH — Hayden Wesneski kept a simple approach when he knew he was on the verge of a rare feat.

“The ninth one just let it rip,” he said, “and hope it happens.”

Wesneski uncorked a slider down and away, forcing a swing-and-miss from Pittsburgh Pirates catcher Jason Delay to finish off an immaculate inning in the fifth. The rookie right-hander became the first Chicago Cubs pitcher in 18 years to strike out the side on nine pitches in a 4-3 win Thursday at PNC Park.

“You just try to fill it up and if it happens, it happens,” Wesneski said. “If it doesn’t, the guy could ruin the fun for everyone.”

Wesneski became the fifth Cubs pitcher to record an immaculate inning, according to team historian Ed Hartig, who noted franchise records on the accomplishment are scarce from 1889-1914.

Manager David Ross couldn’t recall witnessing, let alone catching, an immaculate inning during his 15-year big-league career. Left-hander Wade Miley threw one during his rookie All-Star season with the Arizona Diamondbacks in 2012 against the Colorado Rockies. Miley and Wesneski are among 12 rookie pitchers to accomplish the feat.

“I don’t think I threw any strikes, but they swung at all of them,” Miley quipped after Thursday’s game.

For veteran catcher Yan Gomes, Wesneski’s immaculate inning was the fifth he has caught in his MLB career.

“You don’t really realize what’s happening until like pitch or so into that third batter,” Gomes said. “I mean, it shows the kind of pitcher that he is. He’s got a great arsenal, and to be able to do something like that, there’s I’m sure plenty of big-time pitchers that haven’t done it. … He did a tremendous job tonight.”

As he walked off the field after the inning, Wesneski asked Gomes how many immaculate innings he had caught, wondering if it was the catcher’s first. Gomes told him he previously caught a couple. Wesneski laughed as he recounted the exchange: “I was like, ‘Come on, give me a little love.’ ”

“He kind of disappointed me with his answer,” said a smiling Wesneski, who had the baseball from the final strikeout in his locker postgame. “But everyone was really pumped about it. You don’t see that very often, and to be a part of it is really cool.”

The immaculate inning represented a microcosm of how well the 24-year-old has pitched since making his major-league debut. He logged his second consecutive quality start by limiting the Pirates to two runs and striking out six in 6⅓ innings. Through four appearances (two starts) with the Cubs, Wesneski owns a 2.45 ERA — six earned runs in 22 innings — with 24 strikeouts and four walks.

[ [Don’t miss] Patrick Wisdom has battled a finger injury and figuring out his approach at the plate. How does the 3B fit in the Chicago Cubs’ 2023 plans? ]

Wesneski showed off his pitch mix en route to the nine-pitch, three-strikeout inning. He threw four pitches — a four-seam fastball, changeup, slider and cutter — and got four called strikes, all on offspeed pitches. Each Pirate went down against Wesneski’s nasty slider. Suwinski and Collins both took it for strike three looking while Delay whiffed at a slider perfectly located at the bottom of the zone, likely a strike had he not swung.

Wesneski finished the game with three whiffs and seven called strikes on the 22 sliders he threw.

“Right now it’s pretty honed in,” Wesneski said. “I’m spinning it and I have a good mindset with it. In the past when I’m not throwing it very well, I’m babying it real bad. But right now I’m staying very aggressive with it and it’s ending up where I want it to go.”

Opinion: Phillies will be ‘judicious’ as trade deadline nears, but deals are needed
Albies, Donaldson back Keuchel in another Braves win
Jim Thorpe reinstated as sole winner for 1912 Olympic golds