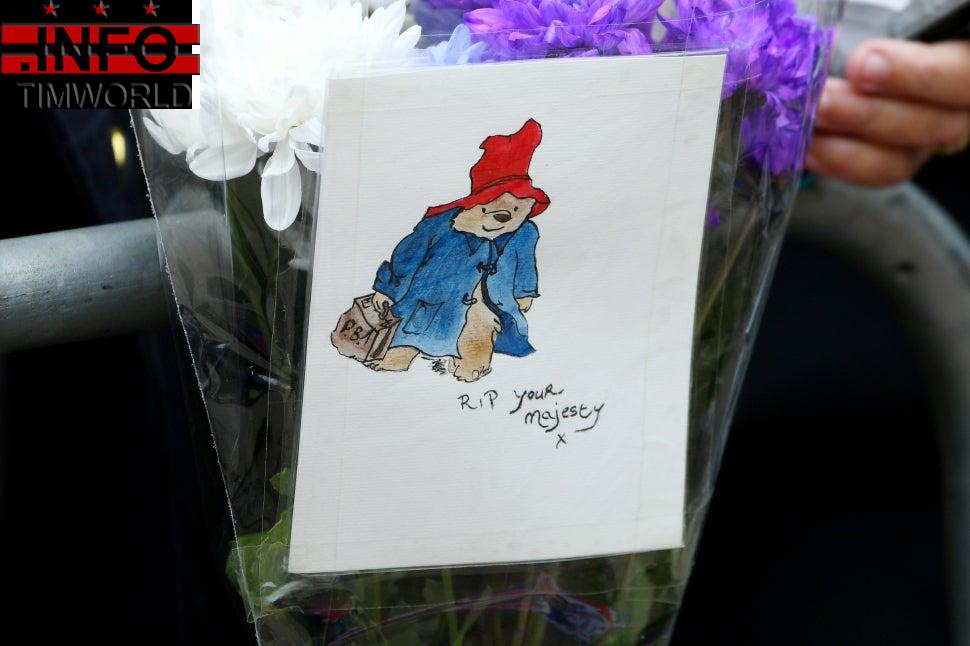 Buckingham Palace on Saturday released a new portrait showing Camilla, Queen Consort posing with hundreds of Paddington and teddy bears left outside Queen Elizabeth’s royal residences as a tribute to the late monarch following her death on Sept. 8.

The palace announced that over 1,000 Paddingtons and teddy bears will be professionally cleaned before they are donated and delivered to Barnardo’s children charity. Elizabeth had a close connection with Barnardo’s, and Her Majesty in 2016 passed the patronage of Barnardo’s to the then-Duchess of Cornwall.

According to the palace, the more than 1,000 bears are being well looked after at Buckingham Palace, Clarence House and in the Royal Parks nursery located in Hyde Park. As for Camilla’s photo, it was taken in the Morning Room at Clarence House on Thursday, which also marked the 64th anniversary of the publication of the first Paddington bear book.

The palace also announced that, with help of Shire horses and almost 200 volunteers, it sensitively cleared out the tributes. The hope is that the bears will be loved for many years to come by children supported by Barnardo’s.

“Her Majesty Queen Elizabeth II was Barnardo’s Patron for over 30 years, and we are honoured to be able to give homes to the teddies that people left in her memory,” said Larry Perry, the charity’s chief executive. “We promise to look after these bears who will be well-loved and bring joy to the children we support.”

He added, “We are incredibly grateful to Her Majesty The Queen Consort for her support in helping us to raise awareness of the needs of vulnerable children and young people in the UK so that we can continue to support them through our vital services.”

Queen Elizabeth and Paddington Bear have a sweet history. In fact, the queen and Paddington Bear back in June kicked off her star-studded Platinum Party at the Palace in a sketch filmed in March. In the sketch, Elizabeth sits across Paddington as they are about to embark on an afternoon tea. Paddington looks up and says, “Thank you for having me. I do hope you’re having a lovely Jubilee.” The queen then asks Paddington if he wants tea and he says, “Oh, yes, please” before he throws all manners — and royal etiquette, for that matter — out the window when he gets up on his chair and starts chugging out of the teapot. It’s hilarious from start to finish.

“Her Majesty is well known for her sense of humour, so it should be no surprise that she decided to take part in tonight’s sketch,” a palace spokesperson said at the time. “There was an interest in the filming and animation process and the opportunity to invite a famous bear to tea was just too much to miss.”

Then, while mourners waited in line to see the late monarch’s coffin Lying in State at Westminster Hall, Prince William made a surprise visit and was seen shaking hands with a Paddington Bear plush toy.