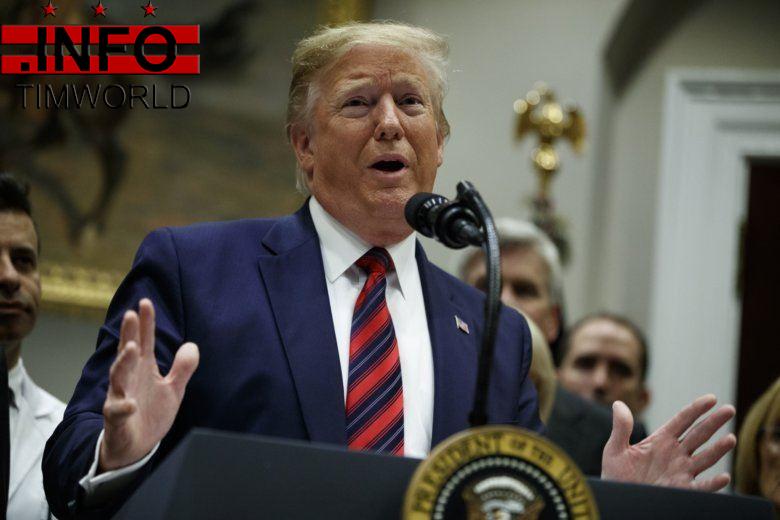 WASHINGTON (AP) — President Donald Trump has a message for Iran’s leaders as tensions flare over the Islamic Republic’s nuclear program: “Call me.”

The softer line marks a clear shift, at least rhetorically, from the administration’s tough approach to Iran, which has included moving some of America’s most formidable military weapons — an aircraft carrier and B-52 bombers — to the Middle East.

Shortly after Trump spoke, Secretary of State Mike Pompeo issued a written statement that reinforced Trump’s friendly tone. After repeating the administration’s complaints about Iranian misbehavior, including what he called “40 years of killing American soldiers, attacking American facilities and taking American hostages,” Pompeo appealed to “those in Tehran who see a path to a prosperous future” through modifying the regime’s behavior.

Pompeo quoted Trump, the self-styled dealmaker, as saying he “looks forward to someday meeting with leaders of Iran in order to work out an agreement and, very importantly, taking steps to give Iran the future it deserves.”

Tensions have been escalating between Washington and Tehran in recent days. The Trump administration moved a bomber squadron and sped up the deployment of a U.S. aircraft carrier to the region in response to unspecified threats by Iran against American interests. And on Wednesday, Iran threatened to renew some nuclear enrichment that had been halted under the 2015 nuclear deal.

Trump withdrew from the deal last year, citing Iran’s other malign activities in the region.

Trump acknowledged Thursday that the new deployments could increase the potential for military confrontation, but he wants Iran’s leadership to know that his phone line is open.

Since his campaign, Trump has maintained that his negotiating prowess could solve intransigent problems at home and abroad. In 2017, Trump’s “fire and fury” threats to North Korean leader Kim Jong Un were followed by his zeal for talks with his new “friend” in Pyongyang. And just last week he reached a vague agreement in principle with his Democratic arch-rivals to boost infrastructure spending.

In each case, the details have bedeviled the early successes.

Trump’s openness for talks with Iran was a shift from the hawkish tone of his top foreign policy aides, including national security adviser John Bolton. Bolton and Pompeo had been ramping up their criticism of Iran in recent months as they pushed Trump to apply “maximum pressure” to the country, and Bolton has previously been a fierce advocate for regime change there.

But White House officials argue there is little daylight between the president and his advisers, saying Trump is on board with their plans to tighten the screws on Iran, even as he dangles the possibility of talks. Trump, they said, would agree to sit down, but would make no concessions to bring Iran to the table.

The possibility of negotiations also allowed Trump to try to score points on a longtime critic, former Secretary of State John Kerry, who he claimed had told Iran to wait out the Trump administration. Trump said Kerry had told Iran “not to call.”

Still, Trump said Iran should phone him up.