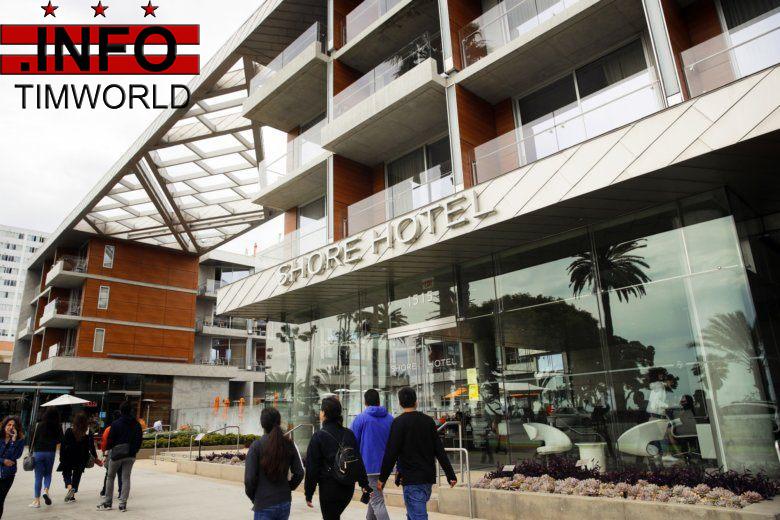 LOS ANGELES (AP) — A developer could be hit Wednesday with a record $25 million in fines and fees for constructing a high-priced hotel on the Southern California coast after obtaining a permit for a property with moderately priced rooms, in what state officials called a “bait-and-switch” building scheme.

Sunshine Enterprises violated a state law that enshrines public access to beach areas, according to the California Coastal Commission. The agency is expected to approve a $15.5 million penalty — the largest in its 40-year history, said commission supervisor Andrew Willis. Commissioners could recommend an additional $9.5 million in mitigation fees to make up the loss in low-cost lodging, he said.

“We hope this is a painful price to pay. We want this to be a deterrent,” Willis said Tuesday.

Sunshine Enterprises was permitted to rebuild and expand two motels — the Pacific Sands and a Travelodge — that were among a dwindling number of affordable accommodations along a tourist-heavy strip of pricey hotels near the Santa Monica Pier. The new hotel would not offer a bar, restaurant, spa or other “luxury” amenities and rooms would cost about $165 a night, according to the permit application.

But the company let the permit expire and instead built the boutique Shore Hotel, where rooms with a “bed and breakfast package” start at around $300 and ones featuring Pacific Ocean views can run up to $800, documents show.

Efforts to make sure lower-income people can visit beaches and also afford to spend the night are central to the commission’s mission, said Sean Hecht, a law professor at the University of California, Los Angeles.

“We don’t want beaches to become only a place for the wealthy. We have many residents who don’t live within driving distance to the coast and they should be able to enjoy it and spend some time,” said Hecht.

Sunshine Enterprises will pay any ordered penalties and work with the commission to reach “full resolution of this matter,” the company said in a contrite statement Tuesday.

Sunshine Enterprises lost in court after suing when commissioners denied an after-the-fact permit for the new Shore Hotel. An appeals court this year upheld the commission’s denial.

“The court upheld that it was a bait-and-switch,” Lisa Haage, the commission’s chief of enforcement, said of Sunshine Enterprises’ actions.

The $9.5 million in additional fees are part of a possible enforcement action that would require the Shore Hotel to cease operations within 180 days unless it obtains new permits while meeting a number of additional requirements.

Money from the fine and mitigation fees will be held in a “violation mediation account” that helps fund projects that offer “some kind of replacement for people who would’ve stayed at the motels that were demolished,” Haage said. For instance, she said, the funds could be used to rehabilitate old motels or hostels and expand campgrounds.

By using its powers to issue penalties the commission is living up to its broad mandate given by legislators, Hecht said.

“If you give an agency authority, but there’s no enforcement, you don’t get the impact,” he said. “This kind of fine sends a message.”