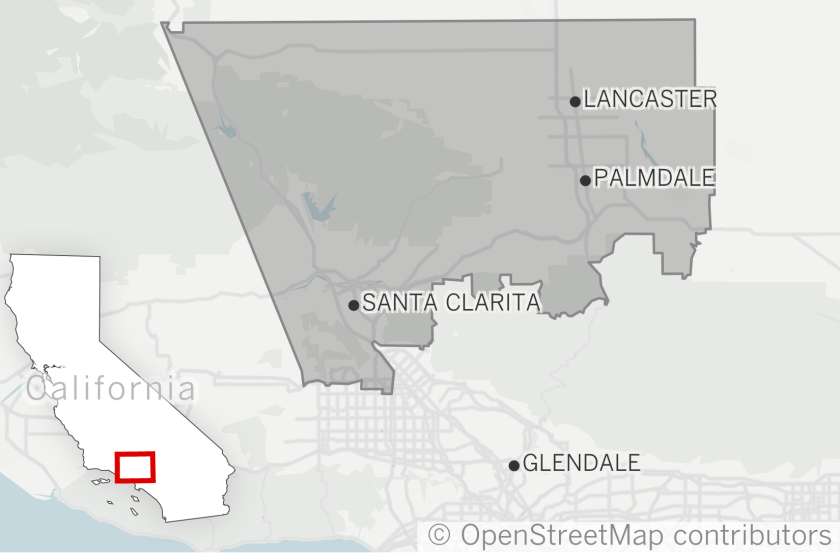 More than $1 billion so far has been poured into California races — but with less than three weeks to go before voting ends, candidates for governor and U.S. Senate haven’t aired a single general-election ad that touts their campaigns.

What’s soaking up all the money and attention is the Los Angeles mayoral race, along with sports-betting ballot measures and congressional clashes that could determine the balance of power in Congress.

The Los Angeles television market is saturated with ads about the ballot measures and the race between billionaire developer Rick Caruso and Rep. Karen Bass to lead the nation’s second-largest city.

It is already the most expensive candidate contest in city history, drawing $76 million in spending as of last month. Caruso has outspent Bass by a factor of 10, with nearly all of his spending coming out of his own pocket. Then the race was rocked by recordings of city leaders making racist comments.

“It’s definitely sucking all of the air out of the room, and that probably has the effect of freezing everything in place,” said Democratic strategist Paul Mitchell.

Mitchell said that the leaked conversation of Latino city and labor leaders — which included derogatory comments about a councilmember’s Black child as well as scheming to preserve and expand Latino political power — could cut both ways.

Recent indictments of other councilmembers, along with the recording, could point to the need for elected officials who are not part of the city’s establishment and favor Caruso, a first-time candidate who has campaigned on his outsider status.

But it could also benefit Bass, who has long worked to forge relationships between Black and Latino residents in South Los Angeles.

Bass is leaving Congress, creating one of several open House seats. Her district will remain in Democratic hands, but there are several competitive races in Southern California and the Central Valley that could impact President Biden’s ability to pursue his legislative priorities.

Of the 52 California congressional races that voters will decide in the midterm elections, 10 are in play.

“The Democrats have to do pretty well in these races to have a shot at holding the House,” Sonenshein said. “That’s more interesting to people than anything on the statewide ballot.”

Ballots landed last week in the mailboxes of California’s nearly 22 million voters. The deadline to register to vote in the Nov. 8 election is Monday. Early voting centers begin opening on Oct. 29.

Every statewide seat is on the ballot, but these contests have been eclipsed by the down-ballot races.

Of the 10 races in play, the most competitive are in districts represented by Republicans Mike Garcia of Santa Clarita and David Valadao of Hanford, and an open seat in the Central Valley created by the decennial redrawing of congressional maps following the U.S. census.

Garcia and Valadao were drawn into districts viewed by Democrats as among their top pick-up opportunities in the nation.

Democrats have a 17.5-point registration edge over the GOP in the district represented by Valadao, one of 10 congress members who voted to impeach former President Trump. Rudy Salas, the son of a farmworker who is a moderate Democratic state assemblyman, is running against Valadao. Both highlight their history of bucking their parties as proof of their independence as well as their efforts on behalf of farming communities, while accusing each other of misrepresenting their legislative records.

The Central Valley district is highly competitive because its voters are not strictly ideological and are more concerned about economic issues, agriculture and water rather than social issues, according to polling.

Garcia is facing off for the third time against former Assemblywoman Christy Smith in northern Los Angeles County. He emphasizes his Navy fighter pilot background and blames Democrats for high gas prices and inflation, while Smith paints Garcia as an extremist who is out of touch with the district on issues such as abortion.

The one-time GOP stronghold of law enforcement and aerospace workers had been trending less conservative in recent years as it has become more diverse and younger. After redistricting, Democrats have a 12.5-percentage-point voter registration advantage over Republicans.

A Super PAC linked to House Speaker Nancy Pelosi of San Francisco cancelled $435,000 in television ads in Los Angeles between Oct. 18-24, first reported by Politico last week. That includes advertising in the Garcia-Smith race, though the committee still plans to spend $2.2 million to support Smith in the final weeks of the election. GOP outside groups have nearly $3 million in ads booked in this race through Nov. 8, according to AdImpact, a firm that tracks political advertising.

The independent Democratic committee’s decision to pull ads as voters ponder ballots could be prompted by internal polling that shows weakness in a race that should be competitive, political experts say. The money could be better spent on other contests.

Another theory is that Los Angeles-area voters are so overwhelmed by the covert recording of three Los Angeles City Council members and a powerful labor leader making offensive remarks that they’re not paying attention to the election, and that the funds would be better saved for ads closer to Election Day.

Los Angeles County voters will also decide the Sheriff’s race, where incumbent Alex Villanueva is competing against former Long Beach Police Chief Robert Luna. Villanueva has come under criticism for his handling of misconduct allegations, gang-like cliques of sheriff’s deputies and other scandals.

The sheer number of Democratic voters in California means outcomes of statewide contests for governor, U.S. Senate, Attorney General and other top posts are a foregone conclusion. Democrats have a 23-point voter registration edge over Republicans as of September — 47% of the state’s registered voters are Democrats, 24% are Republicans. Another 23% have no party preference.

Sen. Alex Padilla and Gov. Gavin Newsom are so confident of victory that they are not stumping for themselves. Newsom’s primary focus is a ballot measure to codify abortion rights in the state Constitution, while Padilla plans to help Democratic candidates appeal to Latino voters in California, Arizona and Nevada.

As of his last quarterly filing, Newsom had raised more than $20 million for his reelection since he took office in 2019. By comparison, Dahle had pulled in $2.2 million since he announced his candidacy for governor earlier this year.

GOP attorney Mark Meuser is facing a similar disadvantage in the Senate race, raising $835,000 through Sept. 30 compared to Padilla’s $11.6 million.

Controller candidate Lanhee Chen, the state GOP’s singular hope of winning statewide office for the first time since 2006, could benefit from the lack of interest in the top of the ballot.

Chen, a Stanford lecturer and former policy advisor to Sens. Mitt Romney and Marco Rubio during their presidential bids, had raised $4 million as of late September, according to campaign finance filings. Malia Cohen, his Democratic rival who chairs the state Board of Equalization, reported nearly $2.3 million over the same period.

There are also seven ballot measures in front of voters.

Abortion rights are practically bullet-proof in California. But in response to the U.S. Supreme Court’s decision to strip federal protection of abortion rights, the state’s Democratic-controlled Legislature placed a state Constitutional amendment on the ballot to explicitly protect abortion rights.

The proposition is viewed as an attempt to boost Democratic voter turnout in November.

“The only thing driving voters to the polls on the state ballot is Amendment [Proposition] 1,” Sonenshein said.

More than $400 million has been spent on two gambling measures that appear headed for defeat, according to polling. Proposition 26 would permit in-person sports betting, while Proposition 27 would allow online sports betting. The barrage of ads about the two measures appears to have befuddled and annoyed voters.

“I follow politics pretty carefully,” Rexroad said. “That’s what I do for a living, and I don’t even know that I understand 26 and 27.”