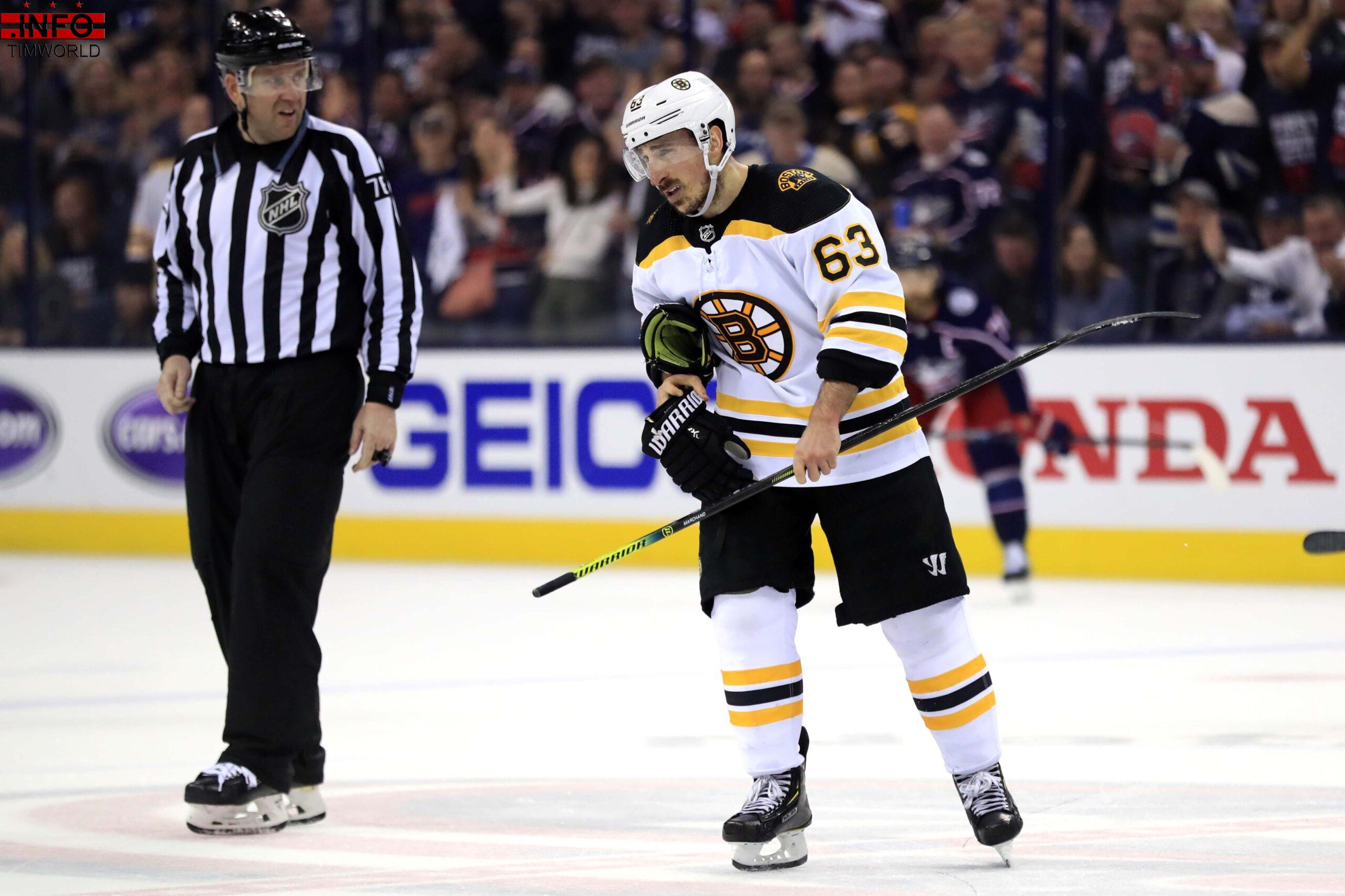 Boston Bruins left wing Brad Marchand has made himself the center of attention multiple times by crossing the line when it comes to physical play and on-ice antics.

This is the player who has licked an opponent more than once in an NHL game. He’s not a shy man.

But he has found a new way to become a spectacle – by becoming a person of few words.

After Marchand’s Bruins downed the Columbus Blue Jackets 3-0 to advance to the Eastern Conference final, Marchand did a live television interview with Sportsnet’s Kyle Bukauskas and answered three questions with very short answers.

OPINION: These Bruins have a clear path to Stanley Cup

CONTROVERSIAL CALL:Did Bruins player get away with head hit?

Brad Marchand, a man of many words. ? pic.twitter.com/rNJgGhc9JI

Bukauskas asked him about the way his team handled the past three games to advance to the conference final.

Channeling his inner Marshawn Lynch, the NFL running back known for giving terse answers to the media, Marchand replied, “We did a good job.”

Bukauskas then asked him about the opportunity that is ahead of him. “It’s been fun,” Marchand said.

Bukauskas continued, “So I see where this is going here,” and then asked him a question about how well the Bruins’ first line is being played after being reuinited. “We’re good,” Marchand said.

Marchand’s economy of words continued in the dressing room when Sportsnet’s Chris Johnston reported that Marchand answered 19 questions with 39 words.

Marchand was TALKATIVE in the locker room, as well. pic.twitter.com/HTyFC1TGPC

While it’s impossible to know exactly what Marchand’s brevity was about, it could have something to do with a pre-game interview he did with Bukauskas.

Bukauskas made light of an incident in the previous game when video captured Marchand stomping on Columbus forward Cam Atkinson’s skate. He asked Marchand if he had sharpened his skates.

Prior to that, Marchand had given Bukauskas a quality, multiple-word answer to a question about David Pastrnak.

Immediately after that question, Marchand skated away from the interview.