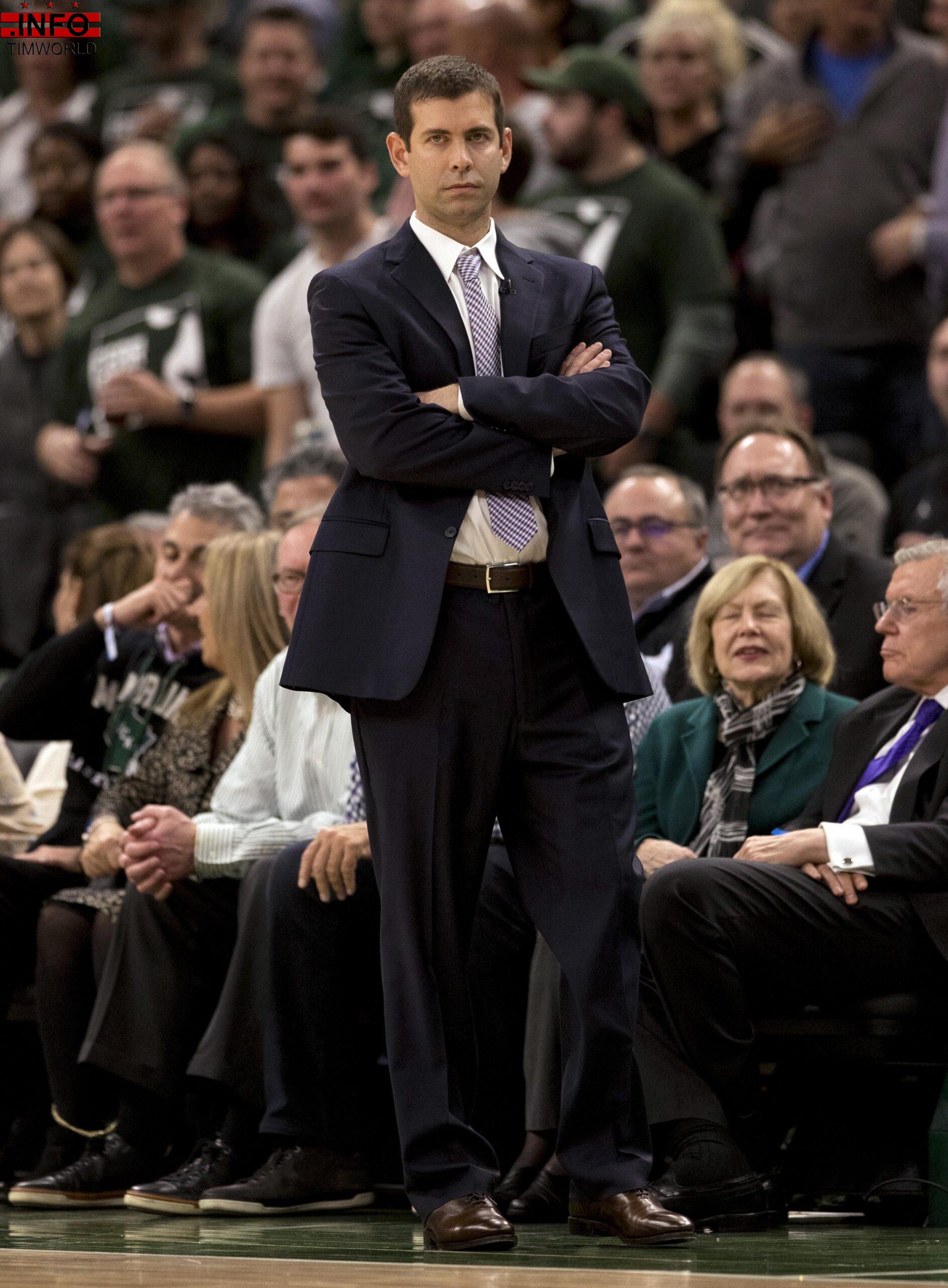 As Boston Celtics guard Kyrie Irving left the Garden court and headed for the locker room following the Game 4 loss to Milwaukee on Monday, a fan yelled, “Kyrie, don’t leave. Kyrie, don’t leave. Boston needs you. Don’t listen to these other stupid fans.”

Was that Irving’s last game in a Celtics uniform at the Garden? Following Milwaukee’s Game 5 series-clinching victory over Boston on Wednesday, it might have been.

Boston’s underachieving season came to a disappointing end — a second-round exit was not what was expected with the talented roster — leaving the franchise with an uncertain future.

“It really comes down to great team basketball, who is playing better at a certain time of year … collectively, they outplayed us as a group,” Irving told reporters.

It was a bust. The individual pieces never coalesced into a championship-caliber team. Selfish play ruled, and Celtics coach Brad Stevens took responsibility.

“I’ll be the first to say that this is — as far as any other year that I’ve been a head coach — certainly the most trying,” Stevens told reporters. “I think I did a bad job. At the end of the day, as a coach, if your team doesn’t find it’s best fit together, that’s on you.”

It starts with Irving. He can be a free agent, and though he said at the beginning of the season he would like to return, he wavered on that later in the season. Regardless of what he does, it makes sense if he wants to explore other opportunities.

His statistics were impressive — perhaps the best individual season of his career — but he struggled at times as a leader and in the conference semifinals against the Bucks, he came up woefully short statistically as the Bucks focused on stopping him. He learned just how difficult it is to be the guy.

Morris is also a free agent, and Al Horford can opt it — unlikely given he’s due $30.1 million next season. Aron Baynes can be a free agent, and Rozier is a restricted free agent. Rozier wants to be a starter. Maybe he gets his chance if Irving leaves, or he leaves.

Brown and Tatum didn’t make the progression from last season to this season that was anticipated based on how they finished last season as key players on a conference finalist team.

Hayward hasn’t returned to the player he was before he sustained a dislocated ankle and fractured his tibia in the 2017-18 season opener. It took Paul George two full seasons on the court to play like he did before a gruesome compound fracture in 2014.

President of basketball operations Danny Ainge has shown a willingness to blow it up or be patient. He has done both over the years. He will have to make some changes, such as look for more perimeter shooting and another big man. Don’t forget, the Celtics had interest in New Orleans’ Anthony Davis at the trade deadline but couldn’t make the trade.

But Ainge doesn’t necessarily have to make major changes. He can decide to run it back with many of the same players if there is the appropriate buy-in to play as a team. That’s still a lot of talent that many teams would want.

Ainge’s decisions will be based on what happens with Irving, and it will be easier for parties to make decisions when the sting of this season isn’t so raw.