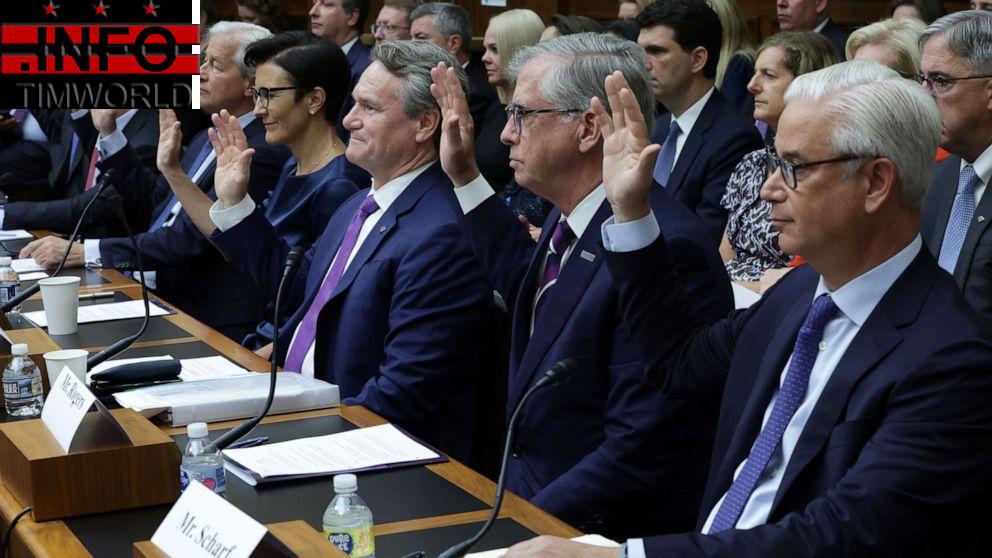 Chief executives at some of the largest U.S. banks sounded the alarm over sky-high inflation in testimony before Congress on Wednesday, warning that price hikes would require further borrowing cost increases from the Federal Reserve that will slow the economy and impose widespread financial pain.

The testimony from top bank leaders, including J.P. Morgan Chase CEO Jaime Dimon and Citigroup CEO Jane Fraser, arrived hours before the Federal Reserve is expected to escalate its fight against inflation with a dramatic interest rate hike.

The Fed has instituted a series of aggressive interest rate hikes in recent months as it tries to slash price increases by slowing the economy and choking off demand. But the approach risks tipping the U.S. into an economic downturn and putting millions out of work.

MORE: Inflation woes: Which prices are going up the most and why?

“We’re very concerned about the high prices consumers are facing in America and indeed around the world,” Fraser said.

The Fed’s continued interest rate hikes will put the brakes on economic activity and cause economic hardship, she added.

“The impact of higher rates that are required to try to tame the inflation is likely to be moderating growth in America and around the world, and will be putting pressure on many of the drivers of the economy,” she said, adding that the bank “expect[s] tough times ahead.”

“Those things will absolutely cause a slowdown in the economy and at one point increase unemployment,” he testified Wednesday.

Last week, the government released a

“The American consumer is actually still in rather good shape,” Dimon said. “They have a good balance sheet, their debt balances are low, confidence levels are going, jobs are plentiful.”

Fraser, of Citigroup, added: “We’re fortunate to have the consumer in good health entering this.”

Some indicators suggest that the U.S. economy continues to hum.

U.S. hiring fell from its breakneck pace but