Biden announcing more steps to try and lower gas prices, including the next oil release from reserve 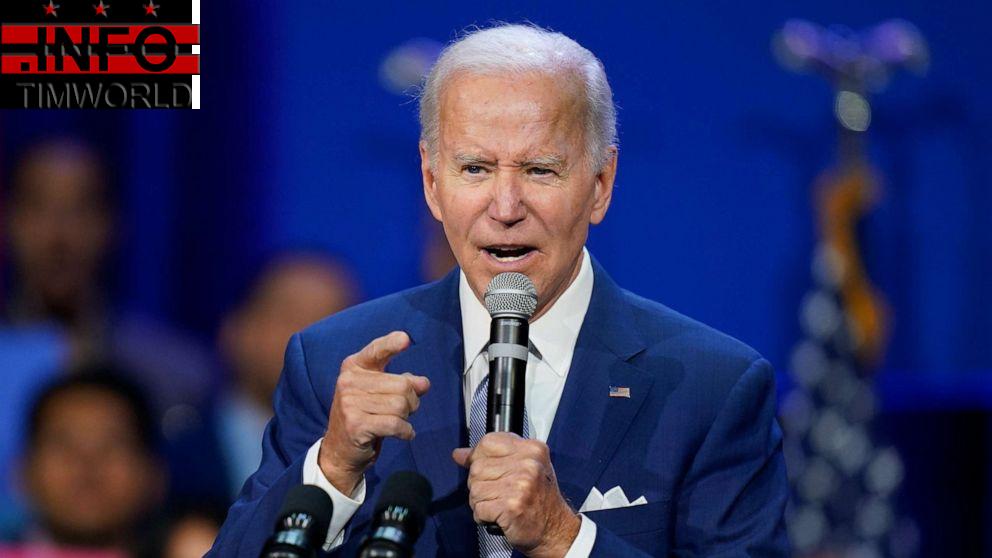 President Joe Biden on Wednesday will announce a series of steps that, administration officials say, will address the oil supply crunch and lower gas prices, which have become a major domestic concern ahead of the November midterms.

ABC News previously reported that among those moves, Biden will confirm his administration is releasing 15 million barrels of oil from the nation’s stockpile — known as the strategic petroleum reserve — in December.

Officials said this isn’t a new tranche but rather the final 15 million barrels from the 180 million that Biden pledged this spring to release over six months.

In addition, officials told reporters on Tuesday as they previewed the announcement, the administration will take the unusual step of planning to buy oil to rebuild the strategic reserve once crude hits between $67 and $72 per barrel. The officials said that step is meant to send a clear signal to the market and incentivize domestic oil production.

To that end Biden will also go after oil companies in remarks on Wednesday — accusing them, as he has in the past, of price gouging at a time of historic profits.

Oil executives previously testified before Congress to address concerns about their prices but have insisted it is the result of larger economic forces, including supply and demand.

MORE: What does the OPEC+ oil cut mean for US gas prices?

“The president’s committed to doing everything in his power to respond to the price increases resulting from [Vladimir] Putin’s war. That’s what he’s done,” one senior official said on Tuesday, referring to the administration’s view that Russia’s invasion of Ukraine and the resulting U.S.-led opposition have upended energy markets.

“These new announcements are a continuation of that commitment,” the official said.

Other actions potentially include some limits on oil companies’ exports to other markets, the officials said — with the first official telling reporters: “We’re keeping all tools on the table, anything that could potentially help ensure stable domestic supply.”

The administration has also not ruled out additional releases from the U.S. reserve, the officials said, with a decision on a January release to be made in November.

The administration officials claimed some success in lowering prices over the summer and continued to blame Putin’s invasion and “other actors in the market” for the rising prices this fall.

The cost of gas, paired with overall high inflation, have led to months of withering criticism by Republicans as polls show voters are sour on Biden’s handling of economic issues.

President Joe Biden speaks about abortion access during a Democratic National Committee event on Oct. 18, 2022, at the Howard Theatre in Washington, D.C.Patrick Semansky/AP

“The president’s actions have ensured that prices — even if they temporarily go up for a few days — have stayed on a trajectory of coming down,” a second senior official argued on Tuesday. “He’s just not satisfied that they’re done enough and is taking these additional steps to make sure that we can continue the trend of declining prices.”

While the officials didn’t address the decision by the oil-producing alliance OPEC+ to slow production starting in November — even when asked — they did dig at oil companies, arguing they’ve increased their profit margins on each gallon of gas.

Biden “is calling on the companies to take advantage of what he’s doing and to make sure that they don’t take those profits and just give them back to shareholders [but] rather pass them on to consumers at the pump. We are not in line with where the price at the pump should be based on the prices,” the second official said.

“Outsized profit margins are inappropriate, especially at a time of war,” the first official said.

The oil companies and some energy analysts have repeatedly pushed back, saying that increasing production is not so simple or easy and that other factors are at play.

The companies have also denied price gouging, arguing that it’s market volatility that has helped drive prices up.

While Biden’s 180 million-barrel release from the domestic reserve was supposed to be completed by this month, the administration had extended it after prices dropped over the summer, a third senior official said on Tuesday.

“We’ve very consciously extended the bridge and made those 180 million barrels last longer because that’s what made the most sense in terms of the supply disruptions and the market challenges,” this official said.

Though the midterm elections loom, and while the 15 million more barrels of oil won’t be released until December, the administration officials said Biden is making an announcement now because of standard Department of Energy policy that requires a notification of the release a month and a half in advance.

Still, administration officials were quick to tout Biden’s actions as an all-out campaign to ease Americans’ pain at the pump, with the third official saying, “We’re trying to do whatever we can using the tools we have to be helpful.”