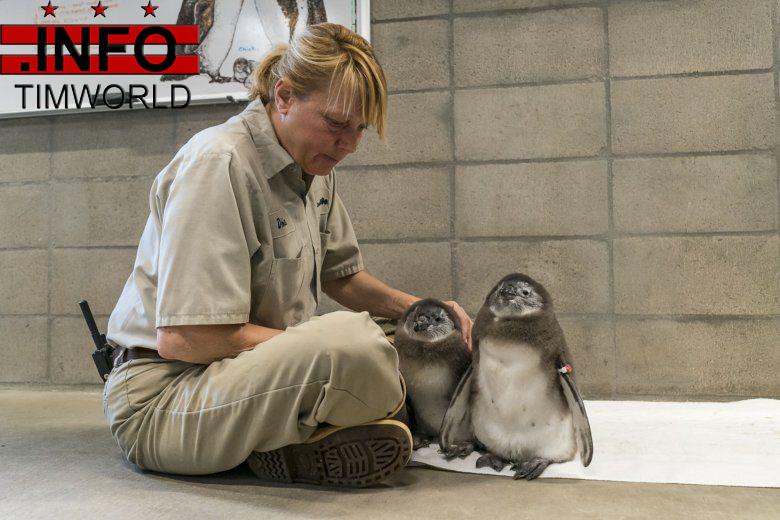 The zoo announced Wednesday that the fluffy chicks, named Doug and Barbara, hatched two months ago.

The eggs came from two breeding couples. The zoo says it’s the first time eggs laid by its adult penguins have hatched there.

Staff has been working with the chicks to get them used to humans before they are introduced into the penguin colony in the next few weeks.

African penguins are an endangered species. Their numbers have dropped by more than 60% in the past three decades and only 23,000 breeding pairs are known to exist.

The decline is blamed on several factors, including disease, habitat destruction and lack of food from overfishing, climate change and pollution.