As Putin summons reservists for Ukraine war, CBS News sees a base his troops held for months, then fled "like rats" 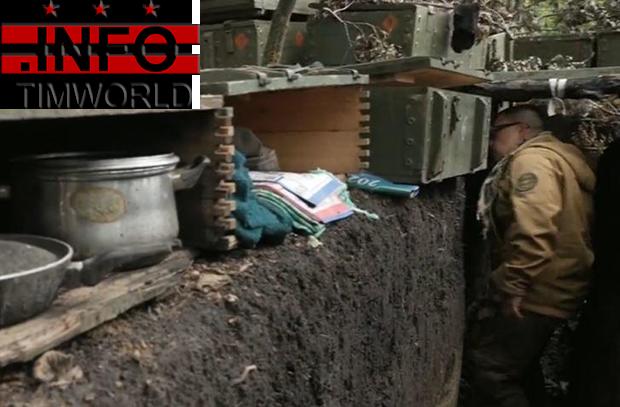 Nova Husarivka, Kharkiv region, Ukraine — Protests broke out across Russian cities after President Vladimir Putin announced a partial mobilization of his military. The mobilization will see military reserves sent to the front lines of Putin’s war on neighboring Ukraine — the same front line that recently fell apart in the face of a Ukrainian counteroffensive.

After humiliating losses on the battlefields around Ukraine’s second largest city of Kharkiv, CBS News correspondent Debora Patta got a rare look at just how Putin’s demoralized troops are performing on the ground.

Even the Russians’ most heavily fortified base in the occupied northeast region of Kharkiv collapsed in a matter of hours as Ukraine’s troops laid siege.

Senior Lieutenant Taras Berezovets, of Ukraine’s Bohun Special Forces Brigade, led the six-day assault in the area, which he says was a breaking point.

“If the Ukrainian army failed here, I think the whole offensive was endangered,” he told CBS News.

In their line of fire, a Russian base called “Muskva,” or Moscow, in the small village of Nova Husarivka. It’s where Russian troops had set up their regional headquarters, but looking around the base now, Patta said they appeared to have fled in such a hurry that it resembled a museum of panic.

Cards from a game of poker interrupted by the Ukrainian offensive still lay on a table where they were abandoned. Military rations, gas masks, musical instruments — all left in situ. It appears that the commanders were among the first to flee, abandoning their troops at a nearby camp.

Senior Lieutenant Taras Berezovets, of Ukraine’s Bohun Special Forces Brigade, looks at items abandoned by Russian soldiers in a trench as they fled a front-line position in the Kharkiv region in September 2022. CBS News

Patta walked down the long line of a Russian trench dug near the base, where Putin’s forces had settled down and held their ground for more than six months. They left it perfectly preserved. A pot of food, a fur coat, religious icons and an ancient typewriter were all abandoned as the soldiers fled.

“Ukrainian forces effectively attacked the Russians,” Berezovets told Patta. “Not from the front… they’ve been outflanked.”

“They were fleeing from here just like rats,” he boasted.

The Russians who held the ground in the area were supposed to be one of their country’s elite units, including many paratroopers.

The men Putin is now drafting to the front lines are far less inexperienced soldiers, some of whom have never fought in a war. With his partial mobilization of Russia’s military, Putin could see 300,000 men summoned to join the fight. Some Russians have already received summons to report for military duty, and any reservists with medical expertise have been told to report immediately.

It has proven a deeply unpopular move, sparking nationwide protests that saw more than 1,300 people arrested in the hours immediately after Putin made the announcement, according to independent Russian monitoring group OVD-Info.

CBS News has been told that Ukraine captured hundreds of Russian soldiers during the offensive around Kharkiv. They will no doubt be used in prisoner swaps like the most recent one, which secured the release of more than 200 people who had fought for Ukraine, including two American men.