Amid turmoil, horse racing avoided catastrophe at the Derby 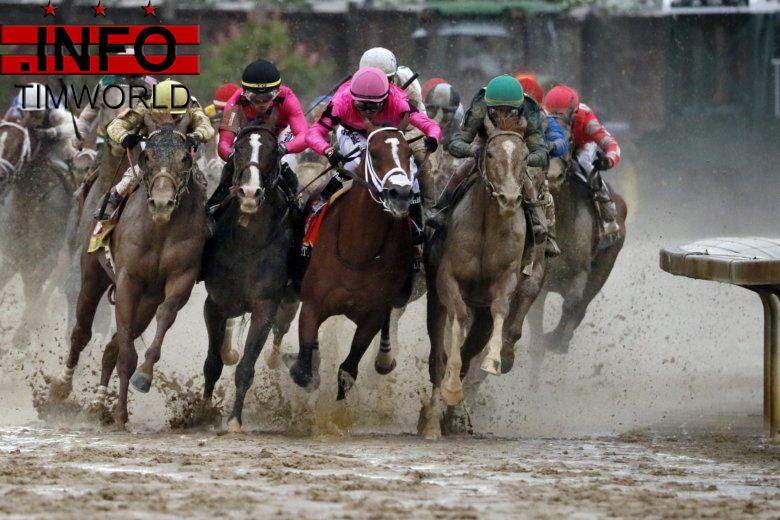 Horse racing was one step away from disaster.

Amid all the turmoil the beleaguered sport is facing during Triple Crown season, it might’ve caught a break at the Kentucky Derby.

When Maximum Security drifted to his right in the final turn, his back legs almost became entangled with those of War of Will behind him. The foul caused Maximum Security to be the first Kentucky Derby winner to be disqualified for interference in the 145-year history of the race. But it’s what didn’t happen that many people in horse racing are talking about.

“It would’ve been catastrophic had he fell,” War of Will trainer Mark Casse said. “What didn’t happen was the most important thing of all for people’s lives, for our sport and for everything.”

For all the debate and presidential tweeting about whether Maximum Security should’ve been disqualified, the quick reactions by War of Will and his jockey, Tyler Gaffalione, prevented what could have been a fatal pileup of horses. For a sport already reeling from the deaths of 23 horses at Santa Anita Park and fighting for its very existence with legalized gambling in the U.S., a fall or multiple falls would have been much worse than the disappointing reality of no possible 2019 Triple Crown winner even before the running of the Preakness.

A tragedy of that magnitude could have contributed to the downfall of thoroughbred racing.

“Had that horse fallen and there’s another 14 horses or so behind him, you could’ve seen just a pileup, which would’ve been god awful for the business, the game, the fans, everybody,” retired jockey Frank Lovato Jr. said. “It could’ve been probably one of the worst things to happen, even with what’s going on with Santa Anita, in history, ever.”

The industry was devastated by the death of filly Eight Belles at the 2008 Kentucky Derby, but the fallout would’ve been much worse if half the 19-horse field in this race had went down on national television with the biggest audience watching since 2001.

Death and family crossed Casse’s mind when he saw the look on good friend Jose Ortiz’s face aboard Tacitus not far behind War of Will. Ortiz, his wife and their two children had just spent several hours with Casse and his wife, Tina, at their home in Ocala, Florida.

“I’m thinking two kids could’ve been fatherless,” Casse said. “Tyler is a dear friend and there are a lot of other dear friends that were following him of mine and my wife’s that could’ve been killed.”

Hall of Fame jockey Jerry Bailey agrees with Casse, saying sometimes it’s just a combination of luck and a brilliant horse that prevents a horrendous scene on the track. A jockey is usually no more than 5-foot-6 and can’t weigh over 126 pounds — atop a 1,200-pound horse.

War of Will’s athleticism allowed him to avoid clipping heels with Maximum Security in the slop at Churchill Downs. If he hadn’t, it could have led to a pileup like a car race but without any protection for the animals or people aboard.

“You talk about a black eye for our sport: That would’ve been catastrophic,” Bailey said. “One would’ve been enough to be catastrophic. I can’t even imagine if there were multiple. And if one goes down, there’s a really, really good chance that many more go because nobody has a place to go.”

Casse said it was a “small miracle” War of Will finished the race no worse for the wear and is expected to be among the favorites for the Preakness next week given that Maximum Security and declared Derby winner Country House are not running.

The margin for error was minuscule for Casse and Gaffalione, who also pulled the horse up in the split-second he had to make a difference, even if it cost him a top-three finish. Through his agent, Gaffalione declined comment for this story because of Maximum Security owner Gary West’s threats to sue over the disqualification .

“It’s like somebody just coming into your lane suddenly and you have to hit the brakes,” said Lovato, who rode in 15,603 races. “Strangely enough, a rider might be more comfortable in a tight spot than the horse. That’s not every case, but it can go either way. But when the ground gets taken away like that, the riders were reacting faster than the horses. If their riders hadn’t reacted, the horses may not have reacted until it was too late.”

Bailey, now an analyst for NBC Sports, said it’s basically a coin flip whether the horses’ heels clip or don’t. But jockeys also prepare for this and trust their instincts in these situations.

“You really have no reaction time when it happens that quickly,” Bailey said. “That’s a critical point in any race, and you’re hoping that you don’t have to stop your horse’s momentum completely.”

The Kentucky Derby is the crown jewel of horse racing, a prize everyone in the sport covets. Since age 10, Casse always wanted to win the Derby, but he didn’t think about that after this scare.

“That never even bothered me that we lost after the race and all the things that happened,” Casse said. “I was so happy and so elated that he was fine that the rest didn’t matter.”