Amazon warehouse workers vote against union, a setback for US labor campaign 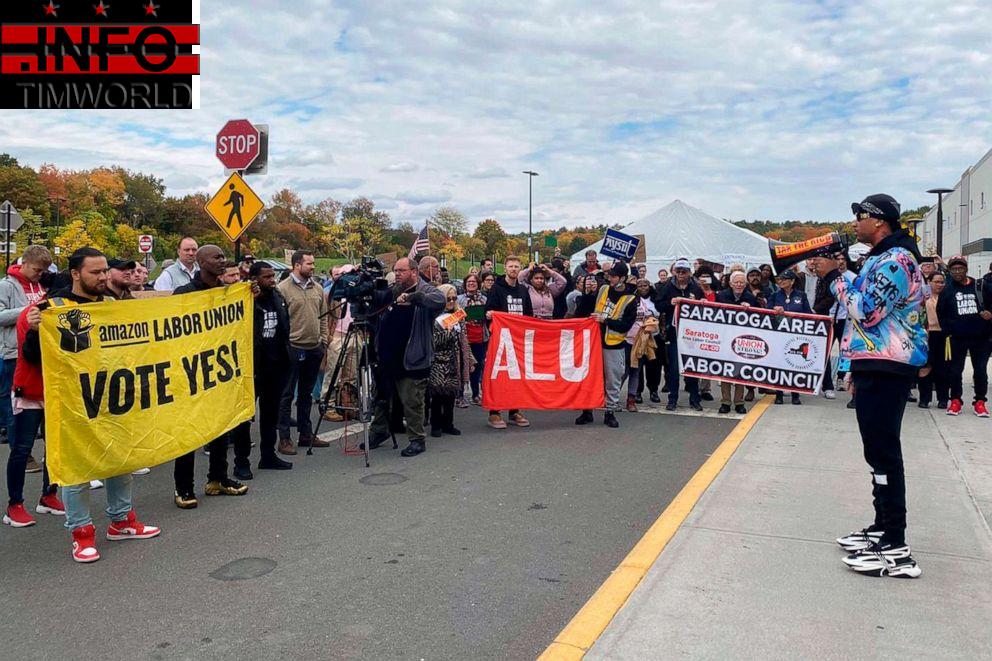 Amazon workers at a warehouse in Albany, New York, voted overwhelmingly against unionization on Tuesday.

The union loss marks a second consecutive defeat at a U.S. Amazon facility for the Amazon Labor Union, or ALU, the worker-led labor organization behind the historic first-ever victory at an Amazon warehouse in New York City in April.

The result delivers a blow for the yearslong labor campaign that has brought union drives and worker protests to Amazon warehouses nationwide.

In the union election in Albany, 406 workers voted against unionization and 206 workers voted for it, a National Labor Relations Board official said after the vote count.

ALU has filed 27 charges of illegal conduct undertaken by Amazon over the course of the labor campaign, including the violation of agreed-to election rules with threats to fire workers who planned to serve as election observers, the union said in a statement on Monday.

“Despite all the union-busting and unfair labor practices, we recognize that a union election is just one step in a much longer struggle,” Sarah Chaudry, a worker at the warehouse in Albany, also known as ALB1, told ABC News in a statement.

“I will continue to fight for my fellow workers’ rights until we have our union at ALB1 and until all Amazon workers secure their right to a union.”

Amazon did not immediately respond to a request for comment. In a statement to ABC News in July, the company expressed its general opposition to union campaigns.

“Our employees have the choice of whether or not to join a union. They always have,” Amazon spokesperson Kelly Nantel said. “As a company, we don’t think unions are the best answer for our employees. Our focus remains on working directly with our team to continue making Amazon a great place to work.”

The Albany facility, where about 950 workers were eligible to vote, has the highest injury rate of almost 30 Amazon warehouses in New York state, according to an

China says US should not allow visit by Taiwan’s leader
Tech on trial: House panel begins review of market power
Hotels face battle over whether to help US house migrants