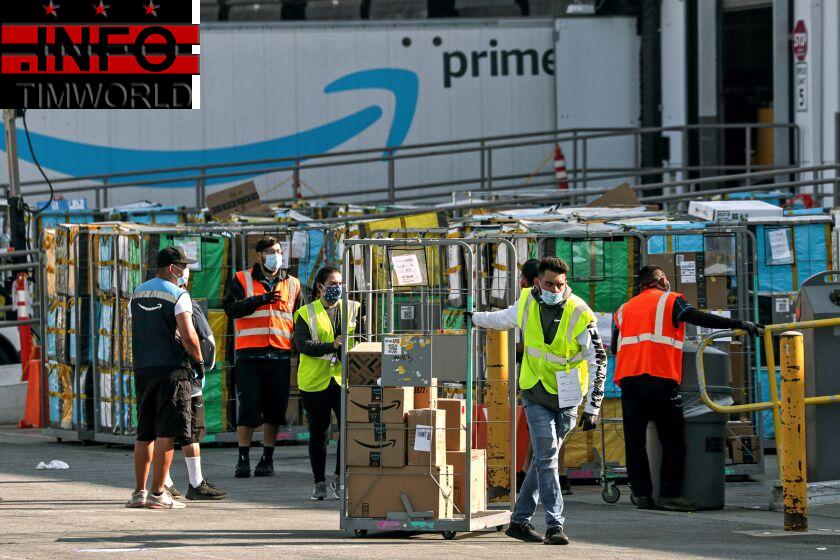 Amazon said Thursday that its Prime members ordered more than 100 million items during a sales event this week that analysts are expecting to be a bellwether for a ho-hum holiday shopping season.

Online spending in November and December is expected to hit $209.7 billion, a 2.5% jump from 2021, according to Adobe Analytics. That’s sluggish growth compared with last year’s gain of 8.6%.

As expected, the Seattle-based e-commerce company did not share sales figures for its Prime Early Access Sale or compare it with July Prime Day sales, which Amazon said was its biggest ever with more than 300 million items sold.

Still, some third-party estimates offer clues on how consumers spent during the two-day discount event that ran Tuesday and Wednesday.

According to the data group Numerator, which tracked roughly 44,670 orders during the sale, the average order clocked in at $46.68, $13 less than during Amazon’s Prime Day sales event in July. Inflation also had an effect — 26% of shoppers passed on a deal because it wasn’t a necessity, Numerator said.

Major retailers have been offering more holiday discounts this year and doing it much earlier than usual, aiming to offload excess goods and offer cash-strapped Americans better deals amid high inflation.

Amazon’s discount event this week was the first time the company offered major sales to its Prime members twice in one year.

Walmart has also been offering sales this week and has expanded its window for gift returns to between Oct. 1 and Jan. 31, compared with last year’s return window of Nov. 1 to Jan. 24. Meanwhile, Target began offering holiday deals last week during a two-day discount event. The company declined to share its revenue from those sales.

According to Salesforce, which analyzes online shopping data, the average online discount rate on Tuesday and Wednesday was roughly 21%, the deepest discount rate since the beginning of the pandemic outside of Cyber Week, the time between Thanksgiving and Cyber Monday.

But despite the deep discounts, consumers are still generally paying more than they did in the last two years because of high inflation. The average online selling price on Tuesday and Wednesday, for example, was up 8% compared with last year, and 17% compared with 2020, Salesforce said.