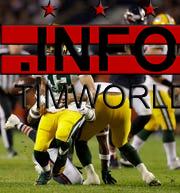 CHICAGO – When it was over, the final seconds ticking off on a win very few outside Green Bay expected, Aaron Rodgers approached new coach Matt LaFleur with the game ball and words that didn’t sound like victory.

“I told him,” Rodgers said, “I’m going to be a lot better moving forward.”

Imagine this: The Green Bay Packers won their 2019 opener Thursday night in the Chicago Bears’ backyard not because of their quarterback, but in spite of him. Not because of an offense that has carried this franchise for years, but largely without it. They won 10-3 with a two-time MVP quarterback vowing to be better.

On this night, it did not matter. Rodgers could struggle, the offense could get away with being sluggish, because the Packers defense was so dominant. None of it took the shine off the Packers’ 1-0 record.

“It’s just sweet,” Rodgers said when asked if the Packers’ 213 yards, 17 percent third-down efficiency and lack of scoring left a bittersweet feeling. “It really is. Obviously, I hold myself to a high standard, and I didn’t play great tonight. But to watch a defense like that, man, that gives you a lot of confidence for where this team can go.”

More: Poor performance in opener might be one-off for Chicago Bears. What if it’s not?

Where the Packers can go is no doubt helped by a defense that might have the potential to be special. Ultimately, it’s still dependent on how well the offense clicks. Scoring is what this franchise is built on. It’s what LaFleur was hired to do.

The offense’s struggles were not a surprise. There was a hostile environment awaiting inside Soldier Field on Thursday night. Bears fans came ready to celebrate their defending NFC North champions. They were armed with last season’s top-rated defense, and all the swagger and bravado that comes with it.

It’s not an ideal setting to unveil an offense that’s never played together before, not a single snap with all 11 throughout the preseason, and it showed. In the first quarter, the Packers had three possessions, nine plays and minus-12 yards. It was the equivalent of hearing the start gun, and falling flat on your face out of the blocks.

“Hindsight’s 20-20,” LaFleur said regarding the lack of preseason action, “and I knew if we didn’t come out and perform well there were going to be questions asked. We’ll evaluate everything going forward.”

For all the attention this offseason on the relationship between LaFleur and Rodgers, there was no finger pointing between head coach and quarterback. LaFleur said “it starts with myself” when evaluating the unproductive offense. After telling his coach he’d play better on the field, Rodgers retreated to his postgame news conference and told reporters, “I can do a better job.” The quarterback finished 18-of-30 with 203 yards, one touchdown to tight end Jimmy Graham and a 91.4 rating.

As a team, the Packers averaged 2.1 yards on 22 carries. Hard to catch a defense cheating with a play-action pass when it doesn’t respect the run game.

“I can put our players in a better position with some of the calls,” LaFleur said. “It took us awhile to get our run game going, and, really, I don’t think I did a good enough job of staying consistent with the run early.”

As LaFleur reviews his first game, that part should be an easy fix. What might take longer is for the Packers to figure out how to operate before the snap.

There’s a certain pace at which LaFleur wants his offense to conduct itself. There’s more urgency than past years, because this offense simply has more to do before a play begins. It’s no coincidence Rodgers said he needed to do better getting the offense out of the huddle. At times Thursday, the Packers looked like an unorganized mess.

“It is an adjustment,” Rodgers said, “on how many plays we can call. There’s a number of things we can do in various personnel groups. We didn’t get to a lot of stuff tonight because we weren’t very efficient. The more efficient we are, the more first downs we have, the more opportunities we have to get to some of our stuff.

“The good thing is we’ll have plenty of stuff for next week that we installed this week.”

The good thing, too, is the Packers won’t play the Bears again until Dec. 15. And that game will be inside Lambeau Field, not noisy Chicago.

The Packers’ offense took perhaps the best punch it will all season Thursday night. It did not take that punch well, but it staggered away with a win anyway.

“It was a lot ugly,” Rodgers said, smiling. “It’s great. It really is. You know, this was one of those throw-back, NFC North wins. We had another 10-3 victory over Chicago years ago that was meaningful (last game of the 2010 season, clinching a playoff spot). This one’s very meaningful, as well.”

Maurice Petty, NASCAR Hall of Fame engine builder and brother of Richard Petty, dies at 81
How Coach K’s story about Kobe Bryant motivated Jason Witten in return to Cowboys
Five questions that will be answered in Week 2 of the college football season