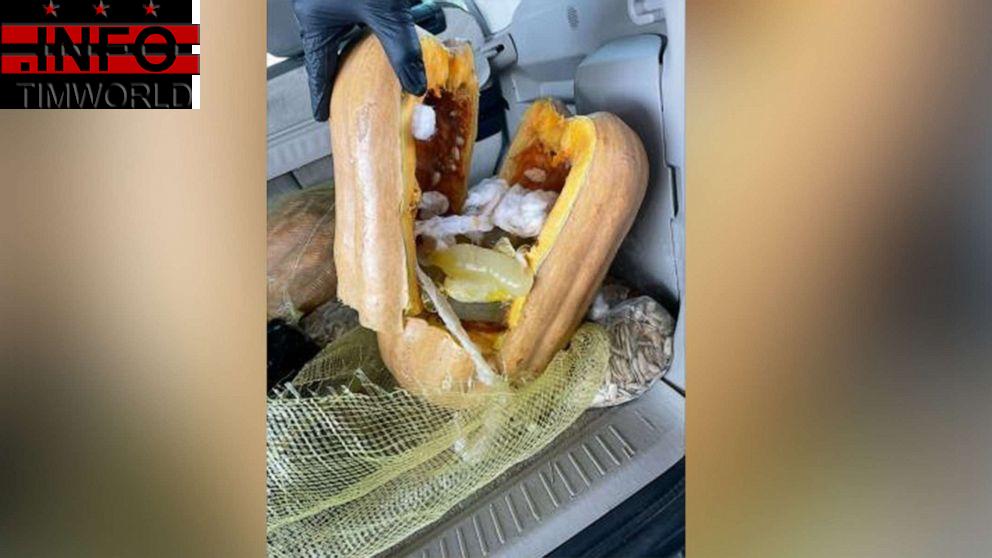 Federal agents on Tuesday discovered some $400,000 worth of liquid methamphetamine hidden in 136 condoms in four pumpkins while inspecting a vehicle at the southern border, according to U.S. Customs and Border Protection.

The agency said in a news release that CBP officers at the Eagle Pass International Bridge in Texas found the 44 pounds of narcotics while searching an SUV coming in from Mexico.

“Our frontline CBP officers have seen just about everything and this Tuesday was no exception as they encountered liquid methamphetamine hidden within pumpkins,” the acting port director at Eagle Pass, Elizabeth Garduno, said in a statement.

U.S. Customs and Border Protection, Office of Field Operations (OFO) at Eagle Pass Port of Entry recently encountered Halloween decorations that were not what they seemed; pumpkins filled with $402,196 in liquid methamphetamine.US Customs and Border Patrol

Garduno said the border agents “utilized their training, experience, interviewing skills and uncovered a rather novel narcotics smuggling method in the process.”

CBP said the unidentified driver and passenger were placed into the custody of the Maverick County Sheriff’s Office “for further investigation.”

A Customs and Border Patrol car sits parked on the international bridge, which crosses the Rio Grande to Mexico, in Eagle Pass, Texas, July 4, 2019.Sergio Flores/AFP via Getty Images, FILE

Separately, in Arizona, CBP officials wrote on Twitter that on Wednesday they found about 2,100 fentanyl pills hidden in tamales in an ice chest.