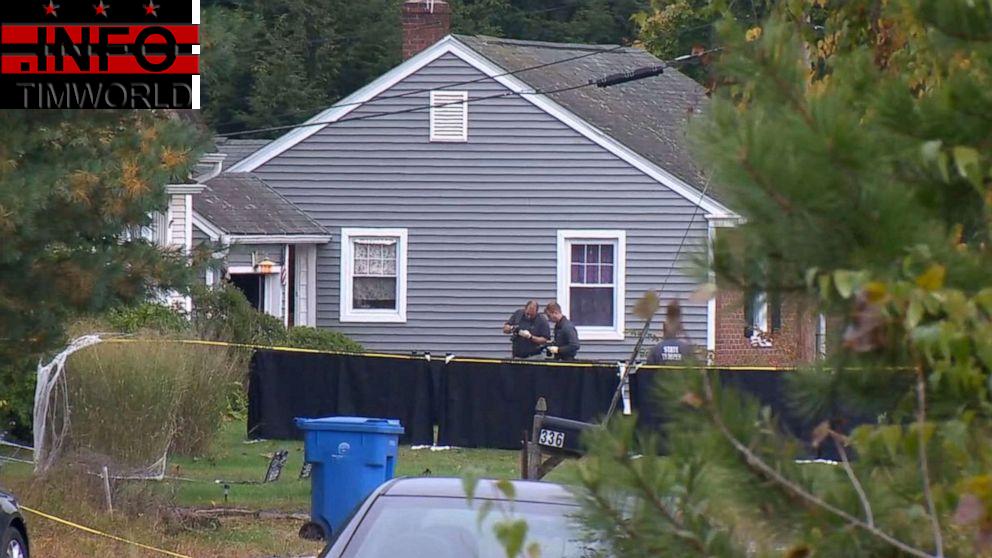 Two police officers were shot and killed and a third was injured after a gunman allegedly ambushed them at a Bristol, Connecticut, home, according to sources.

The Bristol police officers were shot while responding to a 911 call reporting a possible domestic violence incident between two siblings Wednesday night, according to Connecticut State Police.

According to police sources, the gunman then carried out an apparent ambush on the officers with an AR-15-style rifle.

It appears the 911 call was to lure police to the scene, according to state police.

Law enforcement at the scene in Bristol, Conn., Oct. 13, 2022, after two officers were shot and killed while responding to a domestic call.WTNH

The suspect, Nicholas Brutcher, was shot and died at the scene, state police said.

The suspect’s brother was also shot and has been hospitalized in unknown condition, according to police.

“Our community has been rocked,” Bristol police chief Brian Gould said at a news conference.

DeMonte is survived by his wife and two children with a third child on the way, the chief said.

DeMonte “was assigned to our patrol division and was a school resource officer,” the chief said. “He was also an adviser for the Bristol police explorer cadet program. Throughout his career he has received several awards, including the Silver Star, officer of the month and co-recipient for Officer of the Year in 2019.”

Hamzy, a Bristol native, is survived by his wife, Gould said.

“Throughout his career, he received numerous letters of commendation and recognition. He was assigned to our central region Emergency Response Team and was also one of our cadet advisers,” Gould said.

Iurato was released from a Hartford hospital Thursday morning and was greeted by a sea of officer support and applause.

“This is a devastating reminder of the dangers that police officers face every day to protect our families and neighbors from all kinds of situations. These officers are heroes,” the governor said.

Two police officers were fatally shot and another was seriously injured in an ambush-style shooting in Bristol, Conn., on Thursday, Oct. 13, 2022.WTNH

Lamont ordered flags in Connecticut to be lowered to half-staff.

Chief State’s Attorney Patrick Griffin said in a statement, “I join with New Britain State’s Attorney Christian M. Watson and the entire Division of Criminal Justice in expressing our deepest sympathies to the families and friends of Bristol Police Sgt. Dustin Demonte and Officer Alex Hamzy who were tragically killed in the line of duty on Wednesday night. We are praying and hopeful that Officer Alec Iurato is able to fully recover from injuries he suffered in the tragedy.”

“There is an ever-present danger in being a member of law enforcement, yet every day the men and women in uniform go out into the community to ensure that the citizens of Connecticut are safe,” he said.

As of Sept. 27, there have been 49 officers killed in the United States this year — which is lower than the record last year (73), but higher than the complete year totals for 2020 and 2019, according to data from the FBI.