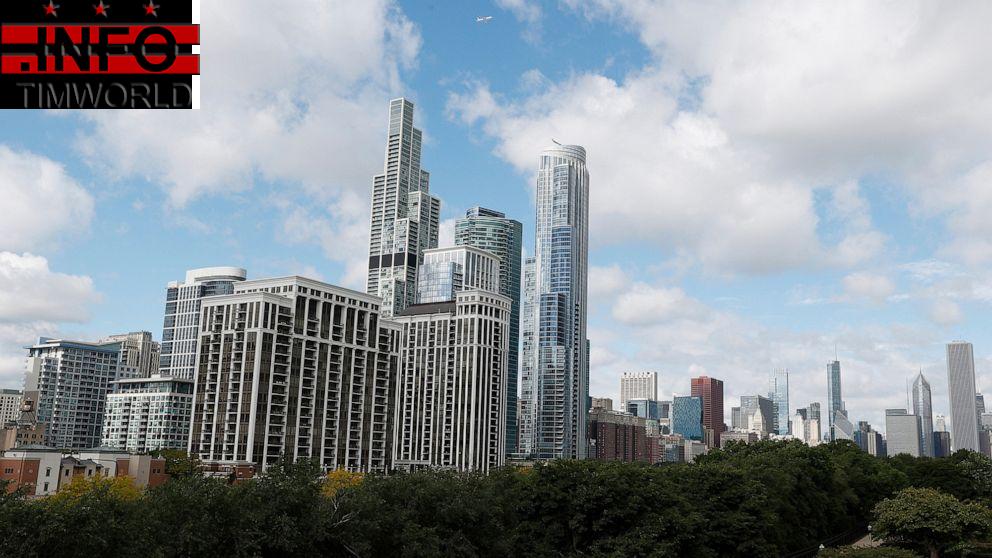 A 13-year-old boy was among eight people killed in unrelated shootings across Chicago over the weekend, which also left 23 others injured, according to police.

The violent weekend in the nation’s third largest city erupted despite a 20% drop in shootings in Chicago through the end of summer, according to Chicago police crime statistics. Homicides have also plummeted 16% from last year, according to the statistics.

In spite of recent efforts by police to curb shootings, at least 31 people were shot in 26 shooting incidents in Chicago between 6 p.m. on Friday and 11:59 p.m. Sunday, the Chicago Police Department said Monday.

The youngest victim shot to death over the weekend was identified as 13-year-old Lavel Winslow, according to the Cook County Medical Examiner’s Office. The boy was fatally shot while attending a friend’s birthday party at Lerner Park on the city’s North Side.

The shooting unfolded around 10 p.m. Friday, according to police.

Winslow was found sitting on a park bench with a bullet wound to the head, according to police. He was taken to St. Francis Hospital in Chicago, where he was pronounced dead.

The shooter fled the scene on foot, police said. No arrests were announced as of Sunday afternoon.

The victim was an eighth-grader at West Ridge Elementary School in Chicago and had just been moved into an advanced math class, his mother told the Chicago Tribune.

“I’m just going to miss him coming in and talking to me, laying his head on my shoulder,” Vanessa Winslow said of her son, describing him as “extremely smart” and a “social, kind, just a lovable young man.”

At least 283 juveniles have been shot, 33 fatally, in Chicago this year, according to crime data analyzed by ABC station WLS-TV in Chicago.

A 17-year-old boy was shot to death in the Back of the Yards neighborhood of Chicago South Side, according to police.

The teenager, whose name has not been released, was found shot multiple times just after midnight Saturday, police said. He was taken to the University of Chicago Medical Center, where he was pronounced dead.

A resident of the area found the teenager unresponsive after hearing multiple gunshots outside his home, police said.

Detectives were working Sunday to identify the killer. No arrests were announced.

A fight that erupted inside a hotel lounge in the Old Town neighborhood of Chicago ended in a shooting that left a 35-year-old man dead and his killer on the run, according to police.

The shooting occurred around 1:21 a.m. Sunday. Police said the victim was shot in the chest during a physical altercation.

The victim, whose name was not immediately released, was pronounced dead at Masonic Medical Center in Chicago.

The suspected gunman fled the hotel lounge and police were working Sunday to identify him. No arrests were announced.

A 20-year-old man died after being found shot in the back on a sidewalk on the city’s South Side, police said.

The shooting occurred about 4:10 p.m. on Sunday in the Englewood neighborhood. The victim was taken to University of Chicago Medical Center, where he was pronounced dead.

The name of the victim was not immediately released.

No arrests have been announced.

A 25-year-old man died from injuries he suffered early Sunday when a gunman opened fire on him from a blue Mercedes-Benz, police said.

The shooting occurred just after 5 a.m. in a residential neighborhood on the East Side of Chicago, according to police.

The victim, whose name was not immediately released, was shot in the stomach and taken to the University of Chicago Medical Center, where he was pronounced dead.

Police said they are working to identify the occupant or occupants of the Mercedes. No arrests were announced.

A 54-year-old man was fatally shot Sunday while driving in the Marquette Park neighborhood on the city’s South Side, police said.

The shooting occurred about 1:46 a.m. and caused the driver to careen off the road and strike a tree, according to police.

Police officers found the victim suffering from a bullet wound to the chest after responding to a ShotSpotter gunshot detection alert in the area, authorities said.

The gravely wounded driver, whose name was not immediately released, was taken to Holy Cross Hospital, where he was pronounced dead.

No arrests were announced in the incident.

Fatally shot in the back

Two people were shot, one fatally, when gunfire broke out in a third-floor hallway of a building on Chicago’s South Side, police said. The shooting unfolded around 11 p.m. Saturday, police said.

A 27-year-old man, whose name was not immediately released, died at the scene from a gunshot wound to the back, authorities said. A 25-year-old woman was shot in the left leg during the incident, according to police.

No arrests have been made.

A 22-year-old man was shot to death when a gunman forced his way into the victim’s apartment and shot him multiple times, according to police.

The shooting occurred just after 5 p.m. on Saturday at a home in the North Lawndale section of Chicago’s West Side.

The victim was pronounced dead at the scene from gunshot wounds to his back and chest, according to police.

No arrests were announced.

60-year-old man shot on a train

Among 20 people wounded in shootings over the weekend was a 60-year-old man, who was shot multiple times while riding on a Red Line train early Saturday, according to police.

The victim, whose name was not released, was taken to the University of Chicago Medical Center in critical condition, authorities said.

The suspected gunman remained at large on Sunday. The suspect fled the train when it stopped at the 87th Street Station in the Chatham neighborhood of the city’s South Side.

The shooting unfolded just after 6 a.m. when the victim and the suspect got into an argument, according to police.

Among the other non-fatal shootings over the weekend, a 62-year-old man police alleged was attacking a woman with a knife was shot by a woman who intervened.

The incident occurred just after 8 p.m. on Friday in the Humboldt Park neighborhood in the northwest area of the city. Police said a 33-year-old woman was attempting to enter a residential building when she was attacked by the knife-wielding assailant, who stabbed her in the hand and leg, police said.

An armed 54-year-old woman interrupted the attack and shot the assailant in the chest, police said. The alleged perpetrator was taken to Mount Sinai Hospital in critical condition.

The woman who shot the suspect was taken to a police station for questioning. No charges were announced and the incident remains under investigation.

A Baltimore family is suing a Sesame Street-themed amusement park for $25 million over claims of racial discrimination, alleging multiple costumed characters ignored a 5-year-old Black girl during a meet-and-greet event last month
Analysis: George Floyd demonstrations are a reminder that riots are part of a long tradition of protest
No Pakistani among those killed in Karbala stampede: FO