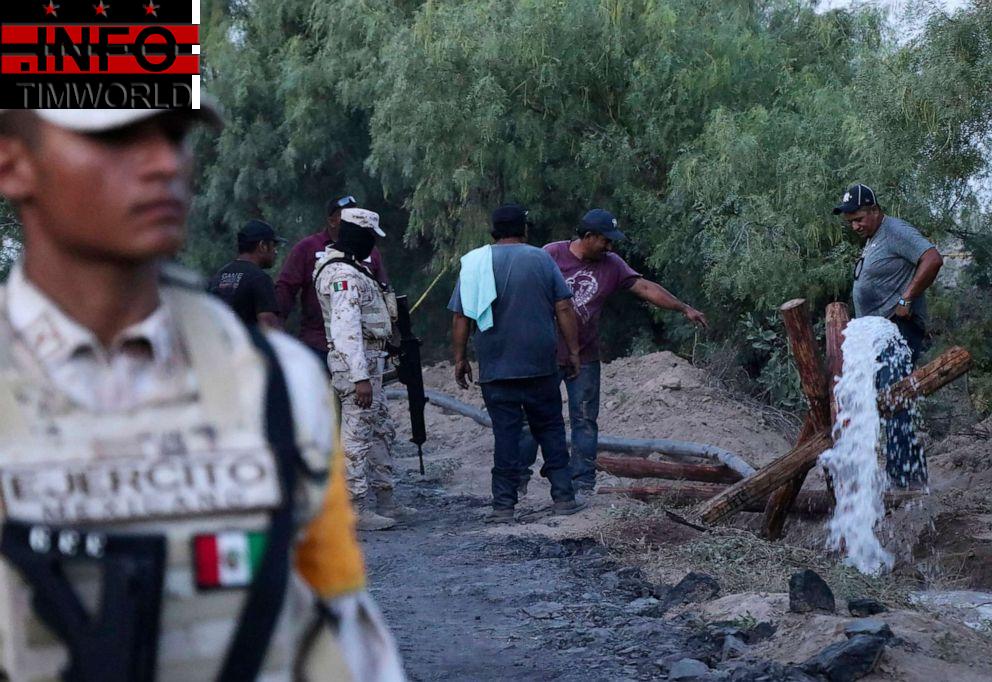 Mexican officials said the incident was reported around 1:35 p.m. on Wednesday, when miners allegedly encountered a tunnel filled with water that then flooded the Sabinas mine.

There were 15 miners inside when the flooding began, but rescuers were able to extract five of them on Wednesday, according to officials.

The remaining miners are trapped between two 200-foot deep mine shafts, with half of the area flooded with water, authorities said.

Laura Velazquez, Mexico’s national coordinator of civil protection, said on Thursday that authorities are now working to pump water out of the flooded areas of the mine.

“We have not slept, we are working day and night, uninterrupted,” Velazquez said at a briefing Thursday.

Velazquez said officials are strategically using the pumps to extract the greatest amount of water and gain access to the miners inside as soon as possible.

No one has had contact with the 10 miners who remain trapped since Wednesday.

Six special force divers arrived from the National Guard on Thursday morning, but officials had not given updates on their mission as of Friday morning.

Gov. Miguel Riquelme of Coahuila and Zaragoza state visited the Sabinas mine, located about 75 miles southeast of the Texas border, on Thursday.

Riquelme tweeted that work was being done through three wells to extract water using eight specialized pumps. Seventeen additional pumping teams with more resources were being called in, he added.

Riquelme said 150 people were working on the rescue, with officials from the Mexican Office of National Defense, the National Guard and expert rescuers from the Carboniferous region adding to the effort.

“The rescue work at the Agujita coal mine continues without rest, #Sabinas,” Riquelme tweeted on Thursday evening.

This is the third mining incident in Sabinas since 2006; 65 people were killed that year in a mining blast, followed by another 14 miners that were trapped and confirmed dead after a different explosion in 2011.

Officials have not yet begun investigating this new incident’s cause.

President Andres Manuel Lopez Obrador said in his daily press briefing on Thursday that investigations will have to come later.

MORE: Worker dies in roof collapse at Pennsylvania mine

“Those responsible — the permits, the inspections, everything, all of that — we are leaving until after. We already have the basic information. But let’s not talk about that now, let’s look to save the miners,” he said.

The specific mine shaft where 10 workers are now trapped only began operations in January 2022, the secretary of Labor and Social Welfare said in a statement. However, the agency said there has been “no history of complaints of any type of anomaly.”